An important step for many people in the process of making the system their own is the choice of wallpaper. However, such a thing is not always easy...

I don't know about you, but for someone coming from Windows, dynamic wallpapers is such a banal feature that it doesn't even cross your mind that it may not be available “out of the box” on other operating systems.

Okay, it's not as useful as a talking cow made of ASCII symbols, but it allows you to make your system a little more unique.

If you are interested in this feature or just curious about the possibilities, just take a look below!

Just to make it clear, this article simply provides ways to make your distro switch between wallpapers from time to time, hence the “dynamic” in the title.

As for the tests, some of them were done on Pop!_OS 21.04, some on Manjaro 21.2.0, others on Fedora Workstation 35. But, due to time and hardware limitations, I couldn't test the alternatives found in other distros or explore interfaces in search of the feature in question.

So, if you know of any other method that was not mentioned (whether native or not), share it with us :) 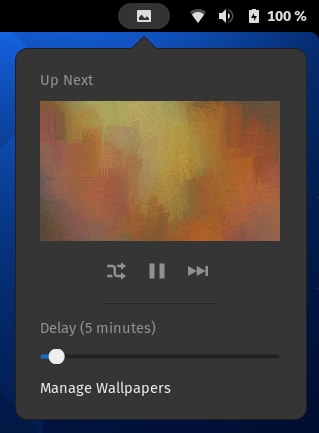 BackSlide is an extension to the Gnome Shell interface that provides a simple experience to install, configure and manage dynamic wallpapers.

If you are unfamiliar with Gnome extensions, I recommend taking a look at the 🇺🇸 How to Use GNOME Shell Extensions post by It's FOSS. 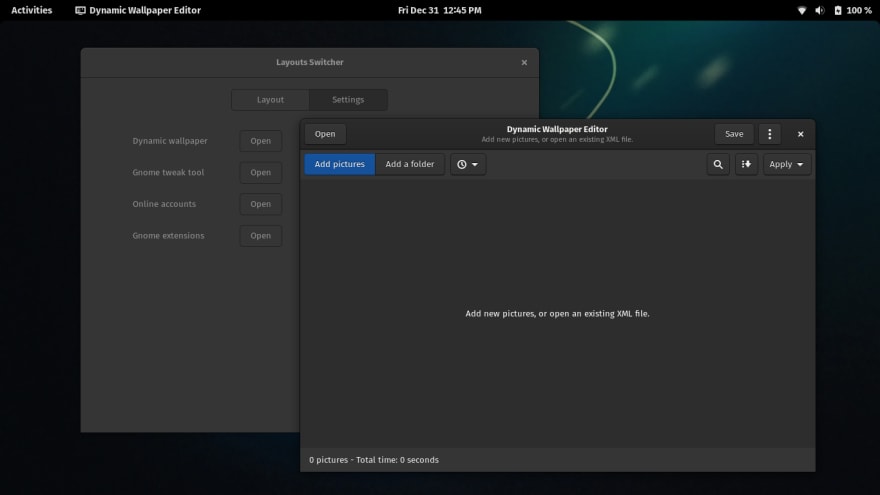 Dynamic Wallpaper Editor is a solution that comes pre-installed in Manjaro, accessible through the settings in the Layouts app.

However, DWE can be installed via flatpak and used on any operating system that uses Gnome Shell, Cinnamon or Mate as an interface.

There's not much secret in its use either: just add the wallpapers, rearrange them as you wish, set the duration of each one (or all) and save the file (.xml) with these settings.

And believe it or not, this .xml file can be set as wallpaper through, for example, Gnome Tweaks, applying dynamic wallpapers. 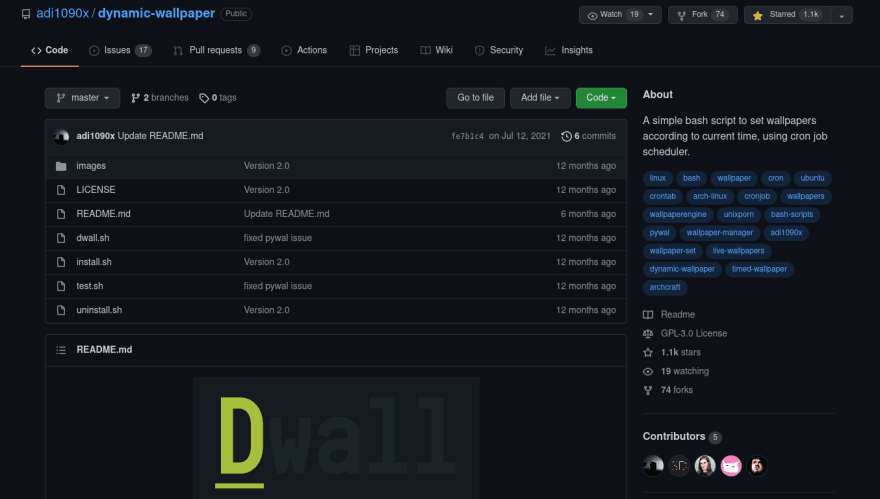 Dwall is a shellscript that uses a tool called cron to automate the periodic exchange of wallpapers.

I spoke Greek, right 😅? I recommend checking out the following posts: 🇧🇷 What can you do with Shell Script? from Diolinux blog, 🇺🇸 Linux Jargon Buster: What is a Cron Job in Linux? made by It's FOSS and 🇺🇸 How to use cron on Linux written by the opensource.com team.

The initial proposal is to use the project's own wallpapers, as it contains sets of images with some small changes in each one, in order to give the feeling of the passage of time. However, it is possible to use own images.

As the installation and configuration process is a little more complicated, besides not having a graphical interface, I ask you to follow the instructions directly from the source: the Dwall repository on GitHub.

As not everything is perfect, some problems and/or details were found in during the tests:

DE was tested in its flatpak version on Fedora and native on Manjaro.

Note: The native version can apply the wallpapers by itself.

Every hour, on the spot, cron runs the Dwall to change the wallpaper, as the system was suspended to save energy, this task is not performed.

As much as I haven't found the perfect solution, I hope this article has helped you in some way 😄.

Feel free to say what you think about this article, ask questions, point out any topic that was not very well explained or that was not discussed, suggest other topics and complement what has already been said. To the next!

How to get Kali tools and Snap on a Chromebook

How to password protect your computer your BIOS or UEFI

How to Set Up an SSH Jump Server