Let’s start from the very beginning….

What is a database?

It’s just a base/place for data, it's as simple as that.

However, the bigger question is “why can’t you use something like an excel sheet to store data?”

An excel sheet is perfect if you’re the only person using/updating the data, now when you scale up to more than say 3 people (in different locations), try to have the excel file store the most up-to-date data as possible, you’ll see exactly why the excel file is a terrible idea.

What are the different types of databases?

Traditionally people used something called Structured Query Language (SQL, 🔊: sequel), It basically created commands to do what you would to in an excel table.

example: if you wanted to insert a row into the table, instead of opening the table and manually entering values to the table, you would now do

TL;DR it kinda made excel programmable.

Present-day humanity, we have 2 main types of databases 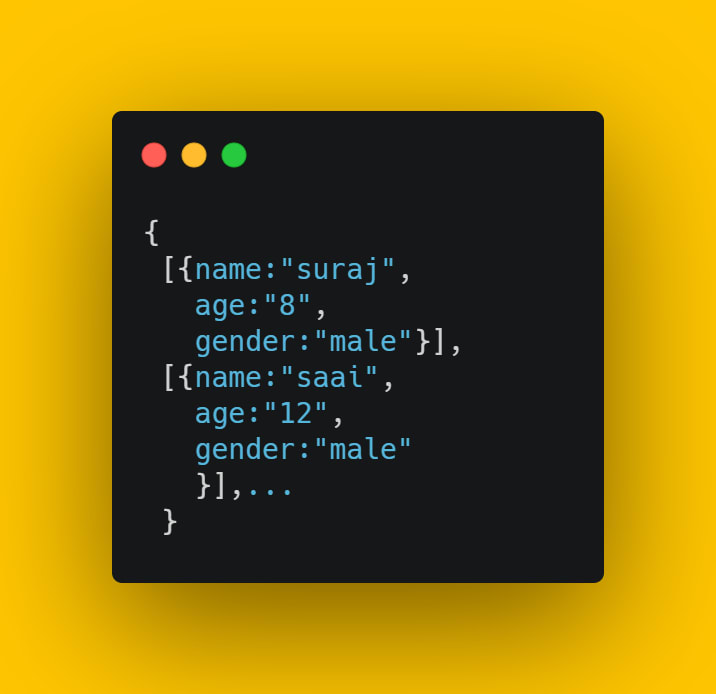 Reading that you may be thinking why did humans bother to come up with NoSQL, it seems easier to store data in tables rather than in key-value pairs.

Well, on that you aren’t wrong, it is easier to store data in an SQL database disregarding the fact that you have to learn an entire language for it.

The main problem occurs when you’re looking to scale beyond 1000 people(ig), especially when the storage on the server(or pc in this case) is exhausted.

In NoSQL, you can do this very easily by simply just splitting data into n parts and merging it in different systems later,

unlike in SQL where merging is complicated, you have to create a pre-defined schema(blueprint), share the blueprint and then split data, not to mention ensure your index for each row is unique especially for the new data that you add.

The Major Players in the NoSQL Battleground

So for the average developer, while choosing a NoSQL database, typically has 2 choices:

This is a pretty well-established database and it’s currently the database of choice for most people (excluding me), but that is obviously because they have their needs.

MongoDB came out in 2009, and it was basically the only noSQL database easily available for public use at that time.

That led to the butterfly effect that made it so well established, but that doesn’t explain why no other database has overthrown it yet.

Now, when mongoDB came it was an offline database (it wasn’t on the cloud), but as the times changed it adapted to the changes, actually the community (fans that use+love+live it) ensured it adapted to changes.

The community came up with mLabs, a cloud-based mongoDB database.

QuickNote: Firebase runs on top of GCP google’s IaaS infrastructure as a service

Most people think firebase is the database (due to a common ending “base”), but NO, firebase is a backend and offers a lot of additional services like hosting, authentication and analytics.

Easy to use, free ( as long as you are in the free-tier ), with a lot of additional features

When To Use MongoDB over Firestore

Firestore comes under firebase, where you have 0 control over what you can configure/host there.

**Use Case: **When you need a server, where you plan to have custom-built APIs like

In this case, you already have and are paying for computation resources, so it’s most economical to stick to 1 service.

When To Use Firestore over MongoDB

When the only central(server) resource that you’re using is a database, it’s more beneficial to use than mongoDB.

Use Cases: an app or a SPA(client-rendered web app)

Lemme place more emphasis on using firebase if the only additional resources you need is a database.

How FAANG companies are leveraging data science and AI

Once suspended, lucidmach will not be able to comment or publish posts until their suspension is removed.

Once unsuspended, lucidmach will be able to comment and publish posts again.

Once unpublished, all posts by lucidmach will become hidden and only accessible to themselves.

If lucidmach is not suspended, they can still re-publish their posts from their dashboard.

Once unpublished, this post will become invisible to the public and only accessible to Nukala Suraj.

Thanks for keeping DEV Community 👩‍💻👨‍💻 safe. Here is what you can do to flag lucidmach:

Unflagging lucidmach will restore default visibility to their posts.