Time for the scope chain 🕺🏼 In this post I assume you know the basics of execution contexts: I’ll soon write a post on that too though 😃

Let's take a look at the following code:

First, memory space is set up for the different contexts. We have the default global context (window in a browser, global in Node), and a local context for the getPersonInfo function which has been invoked. Each context also has a scope chain.

For the getPersonInfo function, the scope chain looks something like this (don't worry, it doesn't have to make sense just yet): 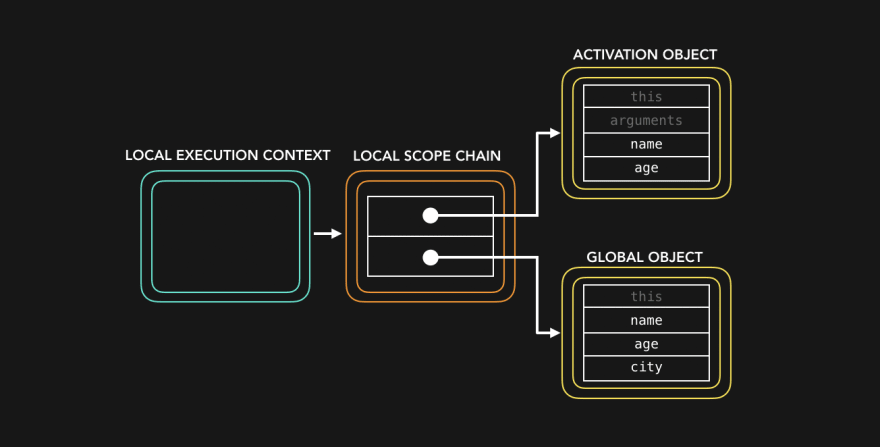 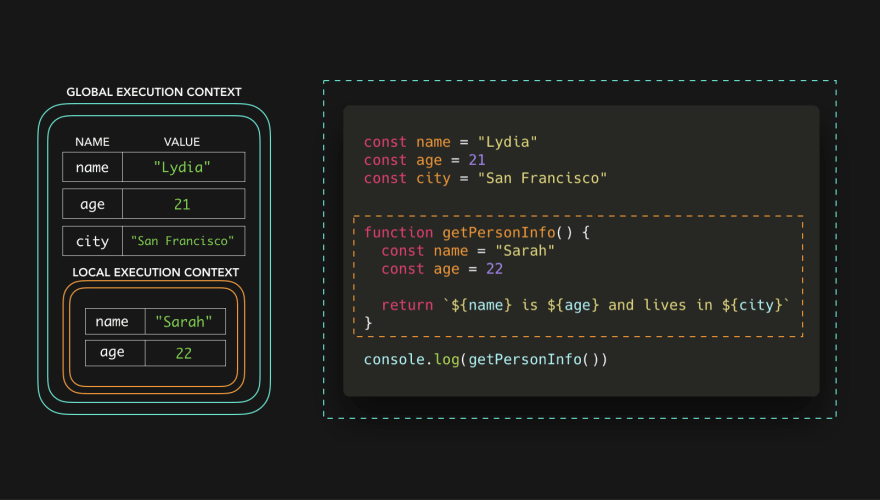 When we try to access the variables in the getPersonInfo function, the engine first checks the local scope chain.

In order to find the value for city the engine "goes down the scope chain". This basically just means that the engine doesn't give up that easily: it works hard for you to see if it can find a value for the variable city in the outer scope that the local scope has a reference to, the global object in this case.

We can go down the scope chain, but we can't go up the scope chain. (Okay this may be confusing because some people say up instead of down, so I'll just rephrase: You can go to outer scopes, but not to more inner... (innerer..?) scopes. I like to visualize this as a sort of waterfall: 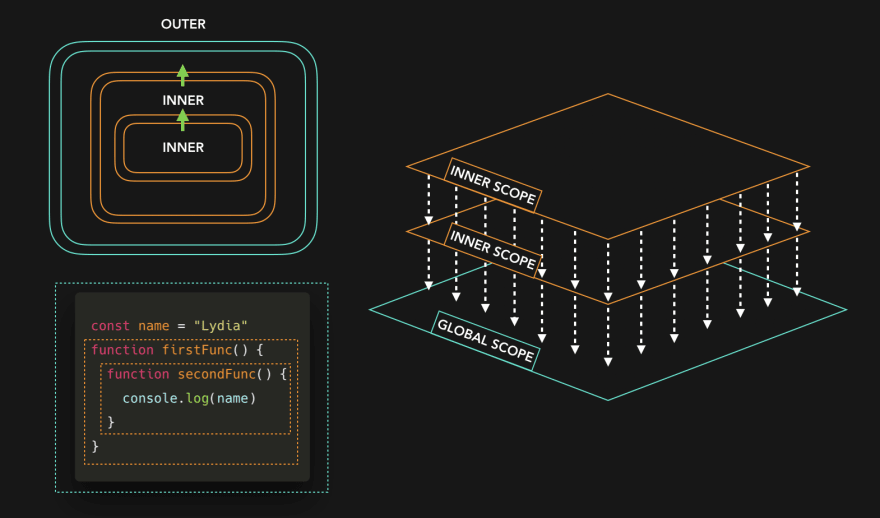 Let's take this code as an example. 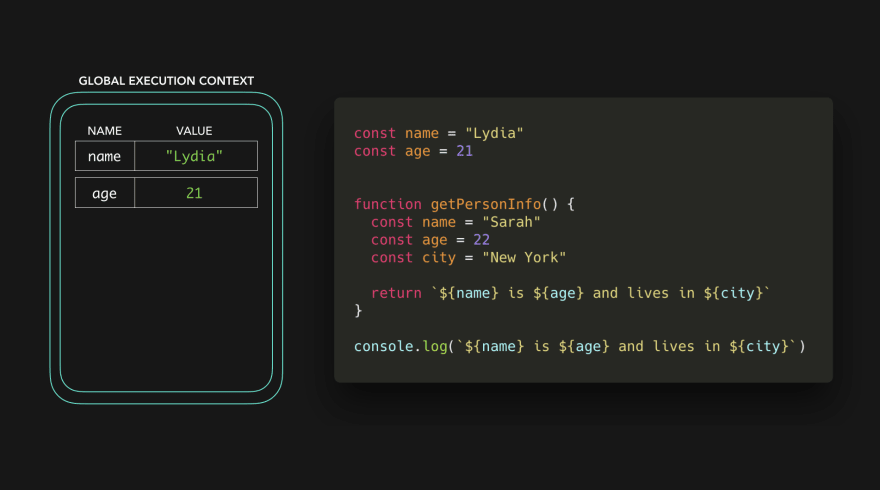 It throws a ReferenceError! It couldn't find a reference to a variable called city in the global scope, and there were no outer scopes to look for, and it cannot go up the scope chain.

This way, you can use scope as a way to "protect" your variables and re-use variable names.

Besides global and local scopes, there is also a block scope. Variables declared with the let or const keyword are scoped to the nearest curly brackets ({}).

You can visualize the scopes as: 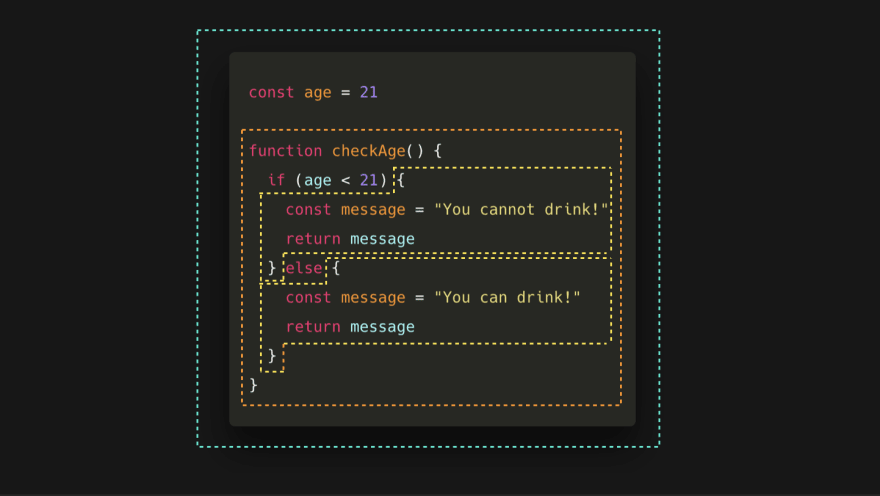 We have a global scope, a function scope, and two block scopes. We were able to declare the variable message twice, since the variables were scoped to the curly brackets.

That was it for scope (chains)! There's tons more to say about this so I may add extra info when I have some free time. Feel free to ask questions if you're struggling with anything, I love to help! 💕