Kubernetes - by definition is a container orchestration tool.

That's really all there is to it, so let's break it down! Before that however I'm going to give a Docker quick overview, mainly because it's a related topic and will be beneficial for those who wanted to get into Kubernetes but never really learnt docker.

As a disclaimer, this post is written as a reply to the question by Hassan Sani. It is also not the most comprehensive explanation, but rather a quick description for those who wish a 5-year-old-explanation. The original question asked: 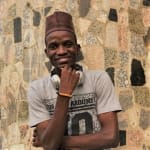 Docker is a piece of software that fundamentally "packages" applications into runnable programs. Of course there's a little bit more to it than that, but let's assume that Docker does just this. As an example, think of an application you can write in your favourite language. That application serves some purpose, and you as a developer probably have the knowledge on how to get from having that source code to running it as a program. This can be done by the means of compilation (i.e. C++, Java) or interpretation (i.e. JavaScript, PHP) etc.. Regardless of the language specifics, there is a connection between the raw code and its product in action.

Now that you have your program, you would probably like to spread the love and allow others to benefit from the long hours you've put into its development. So let's say you want to share that great To-do app you've just written with your friend. Maybe he has the experience to build it from code, maybe not. Either way, this might not even matter because if he uses different operating system (OS), chances are you are using libraries that are installed locally on your system so the code won't work on his system anyway.

That's where Docker comes in. Remember when I said it takes your program in its source-code form and transforms it into a runnable?

But my friend can't run my todo.exe on his Mac!

I know, I know! With Docker, running any application in any OS is possible because "packages" created by Docker are not just executables; instead they are images of an entire OS with a pre-loaded application.

That seems like a lot of unnecessary stuff coming with my application!

It might, but it's not the whole story! Nowadays packages like alpine are widely available linux distributions that only take 5MB.

To use it, all you have to do is follow few simple steps (see a decent guide below) and transform your application code into a docker image. Share it with your friend and now all he has to do is find himself a docker runtime to run it! Easy peasy!

Alright, so you're saying that your friend does not want to download extra packages just to try out your To-do app. Fair enough, I've got you covered. It turns out, that Kubernetes is exactly what can help you achieve that!

The power of Kubernetes

Let's recap quickly where we are. You have a To-do application that you've graciously written to help your friends get through their day and because they use some fancy OS that you don't have access to, you've packaged your application into a docker image. Now all they have to do is run the docker image and profit. Except they can't do that, because all that docker-engine mumbo jumbo seems like a lot of effort and they don't want to clutter their OS with unnecessary packages.

Okay. As I've said, Kubernetes has got you covered. Imagine, that the To-do application you have written can run as a standalone web application. All this means is that you can start it somewhere on a server and make it available at some endpoint (I'm looking at you, localhost:3000). Maybe you are a CLI-ninja who enjoys setting up AWS EC2 servers, security groups, load balancers etc., or maybe all you want to do is expose that docker image you've just built without all that faff surrounding setup.

I'll quote again - "Kubernetes is a container orchestration software"; and we're finally at the stage where we get to demystify that orchestration part of it. Running a publicly available software of any kind, size and shape, always comes with several considerations. These might include scaling (responding to the increased use, or load of your application), delivering (exposing your service to other users) or securing (restricting access to or otherwise protecting) your application, but also covering more pragmatic scenarios. What happens when your application crashes? Would it restart itself? What about existing session? And what if you've made a mistake and there's a gigantic memory leak that now prevents you from even accessing the server?

Kubernetes deals with all of these questions and considerations in an elegant manner. It orchestrates your containers, and it does that by tying your packaged software to the infrastructure in the same way Docker ties your code into its actionable form - the runnable software.

I'm not going into the great depth in explaining the concepts and structure of Kubernetes, because there are loads and loads of great resources that will do it better than I can, but the bottom-line is, you should RTFM (which you will find here). I'll also attach one of the Dev.to tutorial series I've found to be both helpful and reasonably in-depth.

The things you should know

There is a more complete list of concepts available on the Kubernetes website. I suggest you give them a quick look if you want to get a better grasp of who does what and what goes where.

Should I install it on my machine or go for the cloud?

Finally, before you dive down into installing the Kubernetes clusters on your bare-metal servers, look for the tools that will help you with this task. In my days, I have found kops (kuberentes operations) to be an extremely useful software. By far, I can credit the best introduction to Kubernetes on AWS I have seen to the following YouTube series by Jeffrey Taylor.

Serving Single-Page Application in a single binary file with Go

Once suspended, marceliwac will not be able to comment or publish posts until their suspension is removed.

Once unsuspended, marceliwac will be able to comment and publish posts again.

Once unpublished, all posts by marceliwac will become hidden and only accessible to themselves.

If marceliwac is not suspended, they can still re-publish their posts from their dashboard.

Once unpublished, this post will become invisible to the public and only accessible to Marceli-Wac.

Thanks for keeping DEV Community safe. Here is what you can do to flag marceliwac:

Unflagging marceliwac will restore default visibility to their posts.