Imagine you have a small business. You sell flowers in your brick-and-mortar store. Everything goes well, but you would like to attract more customers and provide some extra services - e.g. deliver flowers to a given address.

So you need a website. Just some basic stuff - a home page, flower catalog, order form and maybe a simple chat and blog.

You don't have enough money to hire a professional developer. You can't find a suitable website builder. Fortunately, you know something about computers so you decide to create the website by yourself.

The gates of hell have been opened.

You don't know where to start, but internet knows everything. After a while, you find some ridiculously complicated diagrams of the necessary knowledge.

Then the torment continues, but you find out you need to learn at least these things:

... to have an idea how to choose the right languages, libraries, frameworks and hostings.

You fall into the rabbit hole and then analysis-paralysis kicks in. Should you use:

Who knows? Nobody. Flame wars are very popular among web developers.

It works, until you try to do the first major refactor - you'll feel like you are going through a minefield.

When you look at most frontend or backend frameworks and squint your eyes a bit, you'll see just a bunch of helpers for HTML / CSS / JSON manipulation and HTTP wrappers.

But what if HTML and CSS are not suitable for web apps? They were designed for simple web pages a long time ago and basically cannot be improved due to backward compatibility. As the result, the number of CSS and HTML features is growing and almost no one is able to use them properly.

Then combine HTML with CSS and a language designed for writing short scripts - such as Javascript - and write a web app. It works, until you try to do the first major refactor - you'll feel like you are going through a minefield. Anything you touch may explode in the runtime. And no one is brave enough to even enter a CSS minefield and remove old CSS code.

So maybe there are so many frameworks because they do too clever HTML manipulations and want to be as composable and flexible and universal as possible but they fail to achieve the most important goal - to make the web development easier.

Another source of fun for an entire day is choosing database and eliminating single points of failure. There are basically two popular approaches:

I can imagine many developers pray for a small number of users so the infrastructure doesn't fall like a house of cards or burn all the money.

There is a cure for this madness:

Let me introduce to you the Rust fullstack framework: MoonZoon. 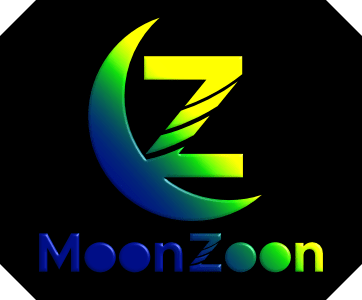 Setting up my new Machine