Manjaro is a GNU/Linux distribution based on Arch Linux that has a rolling release update model, which means that system and end user apps receive continuous updates so you don't have to reinstall the system when a new version is available.

Manjaro is available on different flavors, some of the most popular desktop environments (DE) and window managers, XFCE, KDE, Architect and GNOME, maintained by the project itself; Mate, Cinnamon, Openbox, Awesome, BSPWM, i3 and Deepin, that are community editions.

I've been using Manjaro with xfce since 2013, but last year I installed Manjaro Budgie on a Lenovo G480 to try this desktop environment that I heard good comments about.

Budgie is a desktop environment developed by the Solus project that receive contributions from Manjaro, Ubuntu and other distros that have a Budgie edition available.

The Manjaro project has a wiki where you can find information on how to install any of these DEs and window managers if you want to have more than one desktop installed or replace the one installed by default.

This week I installed Arch Linux on an Acer Aspire E11 and after spending a whole day (haven't used Arch Linux in 6 years) configuring the system, finally got the distribution working with the Deepin DE.

Deepin is a GNU/Linux distribution based on Debian's stable branch and it is developed by Wuhan Deepin Technology Co., Ltd., a company from China focused on the R&D and service of Linux-based Chinese operating system. Deepin is also the name of the desktop environment on this distribution.

So after installing Arch Linux, I decided to replace Budgie with Deepin on Manjaro. The wiki of Manjaro has a section where you can find instructions that you can follow up to install any other desktop environment. Prior to installation, you need to remove the package group and configuration files corresponding to the DE installed by default.

After login again, you finally will have a working desktop environment. 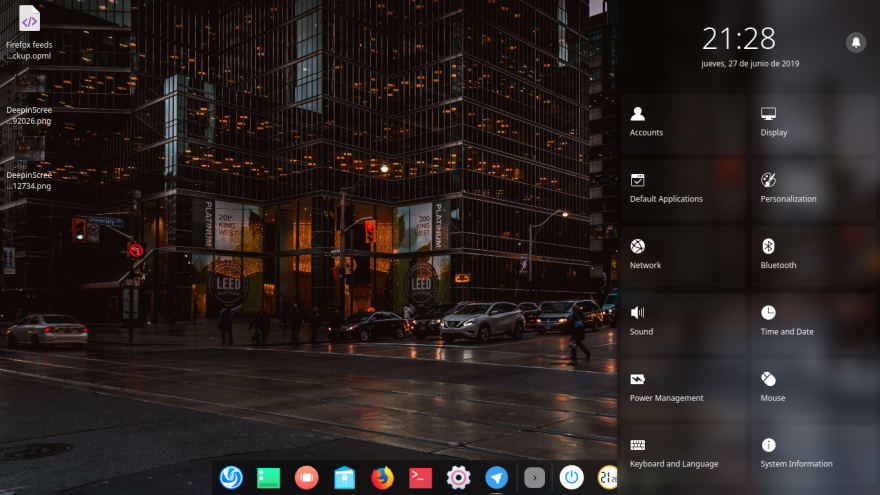 Be a part of something

Top 3 Things That I've learned in my journey as a Software Developer.

After nearly 4 years as a Software Developer, I have learned some non-technical stuff that I would have loved to learn them before.

What Makes Linux So Popular Among Developers