In April 2017 I received an invitation to give a talk at Universidad Salazar, a local university in Tuxtla Gutiérrez, Mexico. The event was on Tuesday, April 18th and I talked about my Mozillian story.

I decided to wrote this article to reflect on "What is it to be a Mozillian?", the title that I gave to my talk. First of all, it was the first time I was giving this talk in Mexico. In 2016 I presented this talk in Colombia and Spain, but in a different format, as a Pechakucha talk. The talk was focus on what I do at Mozilla as a volunteer and how I got involved with the community in Mexico. 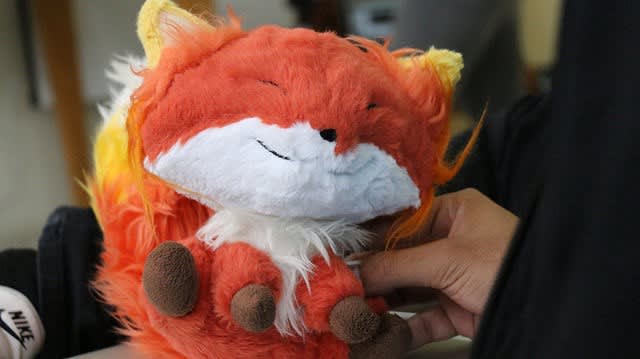 I've been a Free and Open Source Software (FOSS) user for more than a decade. The first time I installed a GNU/Linux distribution was in December 2006. It was Ubuntu (a Debian-based GNU/Linux OS) 5.04 or 5.10, I don't remember the exact version, probably both.

During the next years I started to spend part of my spare time contributing to some FOSS projects and communities, helping other people to migrate to a free software alternative for the applications they use on their daily basis, including the change of operating system, and promoting the use of free software at local tech events. And so that's part of the reason why I contribute to Mozilla.

Mozilla is a non-profit foundation that promotes openness, innovation and participation on the Internet. I joined the Mozilla community in Mexico after meeting some of its members at Campus Party. I believe in Mozilla's mission and get identified with the work the foundation is doing for making the Internet a better place.

You probably know Mozilla because of Firefox or Thunderbird but there are other products and projects like Webmaker, MDN Web Docs, Rust (a programming language that Mozilla is giving to the world), A-Frame and there was Firefox OS, a mobile operating system. By the way, there is a fun fact about the Firefox logo. 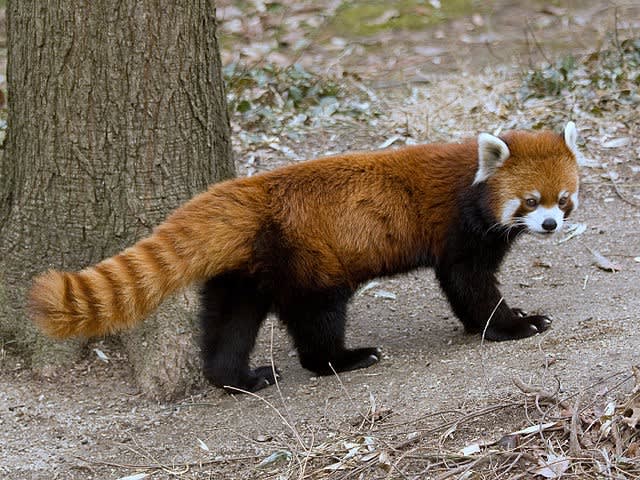 What I like the most about Mozilla is that it doesn't matter where you come from or what you do for living. Everything you do to help achieving the Mozilla's mission is important and it makes you feel you're part of it. People from different cities and cultures, different fields of expertise, getting together to contribute to projects that we all benefit from. Learning, develop new skills, meeting interesting people, visiting other cities, are just part of the experience of being a Mozillian.

I look back to a few years in the past and remember a shy student of engineering and then I see the picture below, more than a decade as a speaker and it makes me think about how being a Mozillian has helped me improve my skills on public speaking, as I've been talking about Mozilla, its mission and its projects at tech and innovation events. 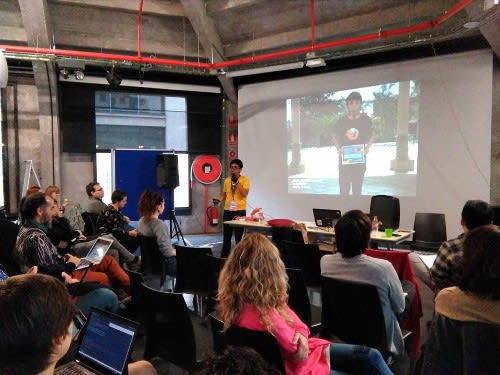 Firefox has been my default browser for the last 12 years. And If you use Firefox in your language it depends on the work the localization teams have done. The first few years with the Mozilla community I was helping localize Firefox into mexican Spanish in collaboration with other Mozillians. 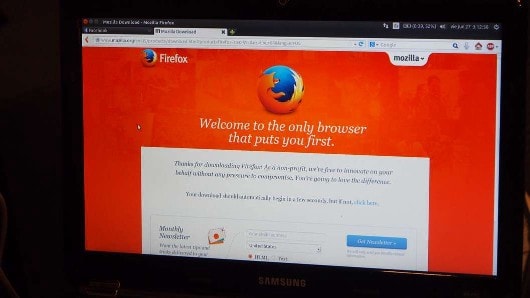 Then in 2013, Mozilla gave the world a new mobile operating system, named Firefox OS. I was part of the Firefox OS launch team for Mexico. The first smartphone I had came with Firefox OS. Being part of the project gave me the opportunity to participate at some tech events giving talks and workshops about Firefox OS and how to develop applications for the new platform. 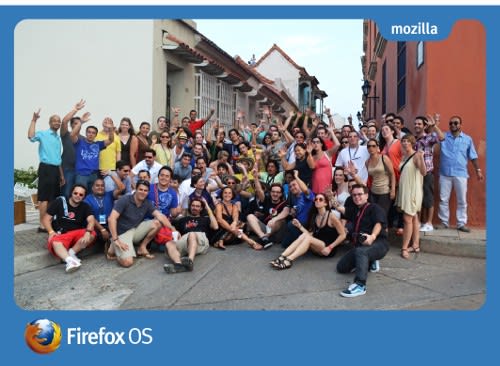 Rust is a systems programming language that focus on safety, speed and concurrency. The first stable version of Rust was released on May 15th, 2015. Three years ago I started to learn Rust and since then I've attended some events to talk about it. Now I'm part of the Rust community in Mexico. 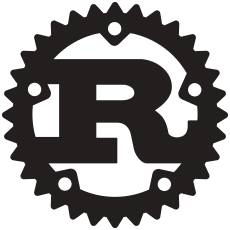 During 2017 I attended some events in Mexico, Colombia and Guatemala to talk about Rust, recorded a few webinars in Spanish and on September 1st the first meetup of Rust was held in Tuxtla Gutiérrez, Mexico at CodigoFacilito HQ. 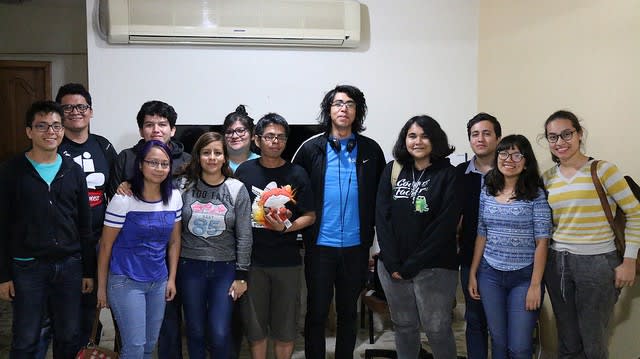 Part of the experience of being a Mozillian is that I've had some opportunities that I wouldn't have gotten any other way, like meeting interesting people and travel to other cities in Mexico and abroad.

Thanks to Mozilla and the FOSS projects I have gotten involved with, I have met interesting people, from around the world, that do amazing things, meeting some of my heroes and people I admire, like Mitchell Baker from Mozilla, Jacob Kaplan-Moss, co-creator of Django or Audrey Tang, Digital Minister of Taiwan, just to mention a few ones. 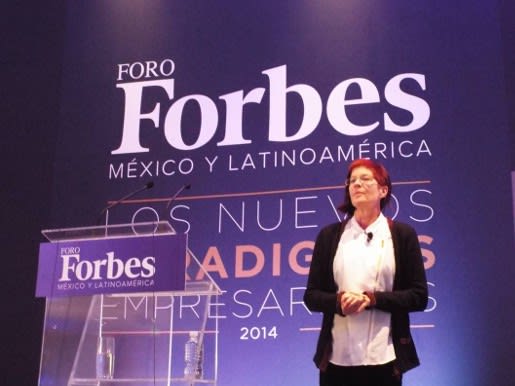 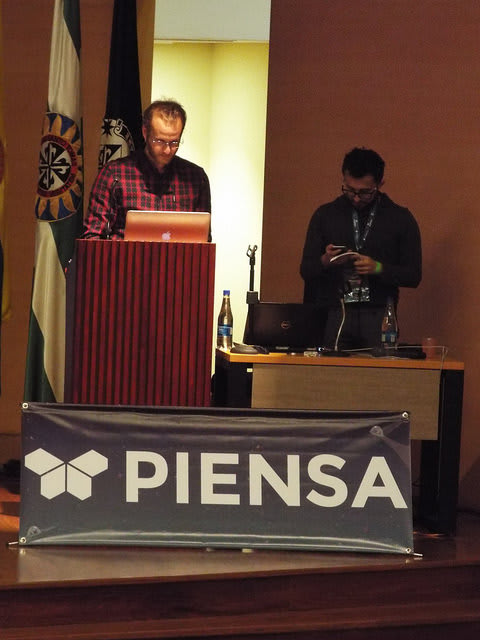 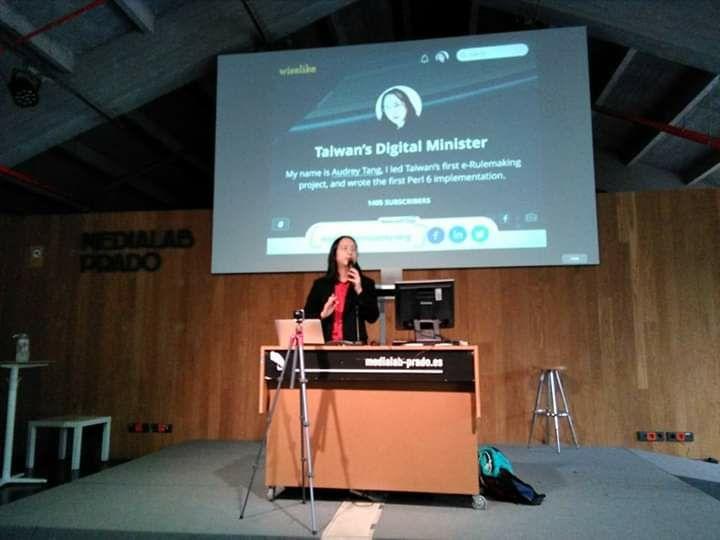 What do you need to travel abroad? A question that I ask sometimes to attendees to some of my talks. Common answers are related to money. Passport or Visa are required to visit another country. But most of the time you only need to be good at something, like programming, or dedicate part of your free time to a project as a volunteer, and do the things you're passionate about. Opportunities come as a consequence of it.

With Mozilla and the projects I have contributed to, I have received invitations to give talks and workshops, or attend tech and innovation events in Mexico, Colombia, Canada, Spain and Guatemala. And last year I traveled to Rosario, Argentina to participate at the Civic Innovation Lab - Argentina (#LABICAR) and the conversation panel on "Internet for Open Innovation" as part of the open agenda. 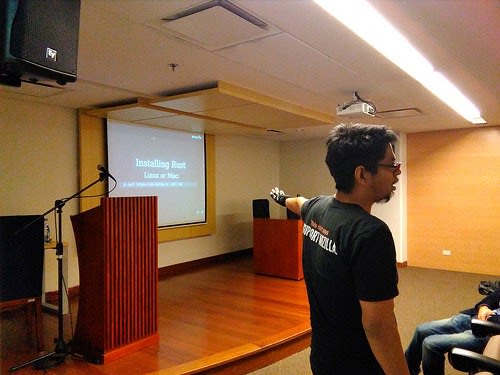 Talking about Rust & Rocket at DevDay 2017 in Bogotá, Colombia 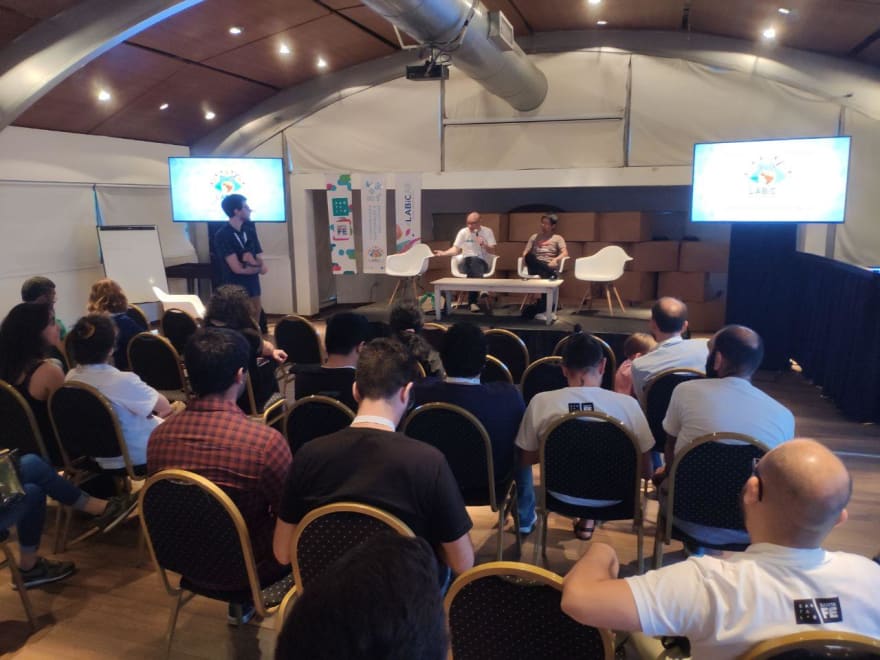 On August 25th, 2016 I was giving a conference about the 25 years of Linux at a local university in my city, and I was telling people there that during the years I have as a FOSS user I heard comments like "Why do you spend so much time in free software projects?" and "The free software won't take you far away". They were right in some way, the free software hadn't taken me to Europe yet. And as a coincidence with my words or a casualty, in November, that year, I was in Madrid, Spain @ Medialab-Prado, as a participant of #ICDemocracia, an two-weeks event where I have the opportunity to share my Mozillian story. 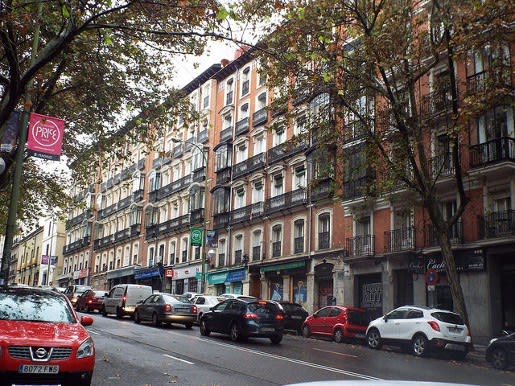 I tried to explain what a Mozillian is and probably it isn't clear enough but it's a experience you have to live (if you're interested in contributing to Mozilla's mission) so that you can say what exactly is. And it is almost certain that the text of this article will change in the near future to explain it better.

I've been a Mozillian for the last seven and a half years and I couldn't be more proud of being it. Below there is a photo of the Firefox monument that is located outside the Mozilla's office in San Francisco, CA, where the names of past and present Mozillians are written, including mine. 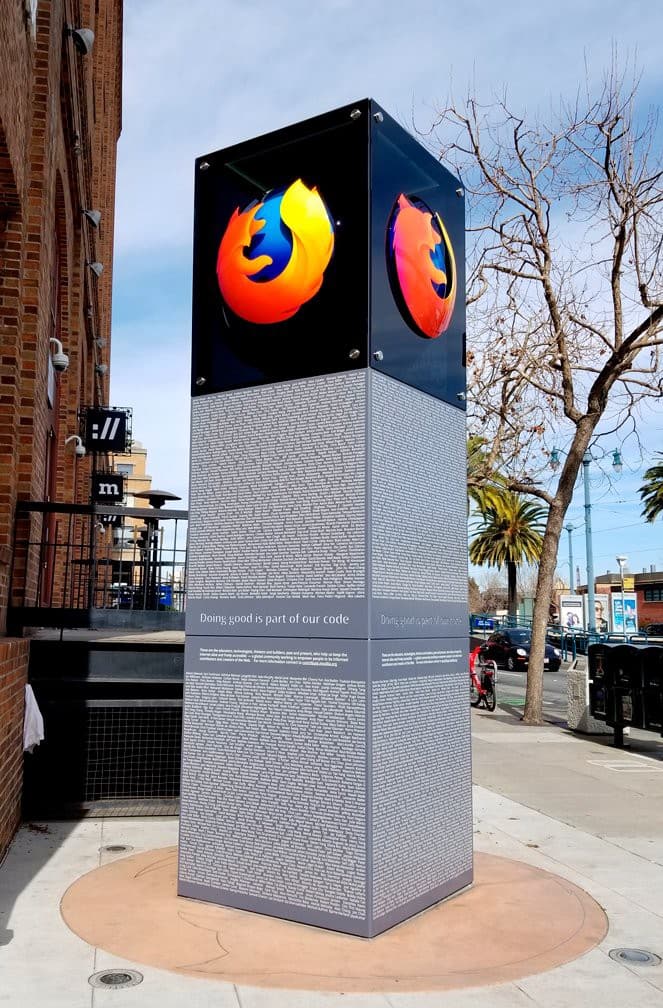 Article reviewed and inspired by Mariana

How do you handle open source projects and private config keys?

The dev.to project with GatsbyJS-4

🙌 Daily is Looking for Sponsors

Parse an expression with Superpower