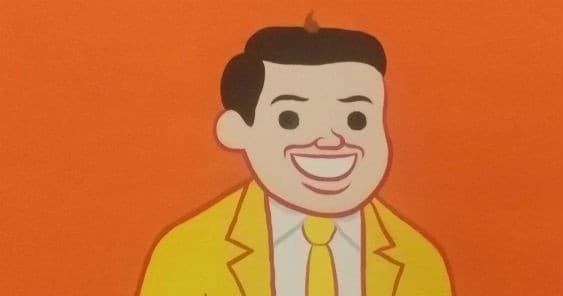 Originally published on Medium. Above painting by Joan CornellÃ¡

Earlier today I gave a lightning talk at the London Software Craftsmanship Round Table hosted at Codurance (highly recommended).
Or at least I thought it was going to be a talk. Once I started I realised it was actually some weird poetry-story-spoken-word-performance-art thing.
While I was speaking I made the decision to continuously put pens and coins in my right pocket, which has a hole in it, and then bend down to pick them up, and then put them in again, and bend down to pick them up, and so on. So try and picture that while you read it.
Anyway someone (shout out to Halima Koundi) suggested I should post the words somewhere, so here they are…

The Hole In MyÂ Pocket
Today I’m going to talk to you about the hole in my pocket.
The hole in my pocket first came to my attention a couple of months ago while I was learning to code at a nearby bootcamp.
I was skint, and for those 3 months my days were spent living on friend’s sofas and eating copious amounts of lentils, staying in till the office closed and listening to coding podcasts.
I was quite obsessed with learning to program, and had little time for trivial clothing matters.
So when one lunchtime I put the change from my lunch in my pocket, and a one pound coin trickled down my trouser leg and settled in my shoe, I laughed, and thought very little of it. Sorting this out wasn’t of much importance in the grand scheme of things. I bent down, picked up the coin, placed it in my left pocket, and carried on with my day.
I have this huge quantity of small change in a glass jar in my room, and the next morning I picked up a fist of it and put it in my pocket for that day’s lunch. This time a torrent of small change cascaded down my right leg, filling the back of my shoe and spilling out onto the floor.
I laughed, put the coppers and silvers in my bag, and carried on with my day.
That week, all sorts of things fell through the hole in my pocket. My keys, pens, pencils, a beady bracelet I sometimes wear, and, slightly worryingly, my phone.
The hole grew larger, and objects fell down with greater ease. Pens are the most irritating, they often get stuck sideways near the knee and have to be awkwardly teased out. Oddly, I quite enjoy the feeling of my phone’s smooth surface sliding down my leg and the excitement of picking it up to see if it’s still working.
The next week I started to become conditioned to instead place objects in my left pocket. Still, the state of my life prevented me from giving the hole any importance. I first needed to figure out where I’d be sleeping that week.
So I began to use my left pocket more and more. And now, even though I have my own room and my life is a little more settled, I still rarely put anything in my holey right pocket. Because now, instinctively, I know there’s a hole there, so why would I ever reach for it? I’ve conditioned myself like one of Pavlov’s dogs.
Is it weird that the inconvenience of the hole didn’t ever bother or annoy me? It was always humorous; I’d even go so far as to say I’ve developed a fondness for it.
I now miss the surprise of feeling my hand slip through a place that my whole life has been a dependable repository, and then having an object manifest itself in my shoe. It felt almost magical. Like all of a sudden I could sink through the floor or turn into a giraffe. The sudden rush of an unexpected relationship between your actions and their consequences is kind of exhilarating.
I think this addiction to novelty is part of why I have no trouble getting excited about coding. I’ve been trained to be critical and questioning and rational about the world, but I love feeling like there’s magic still to be found. Working for days on a heap of code and then witnessing it manifest itself in something useful or beautiful feels like magic. And, unlike the hole in my pocket, the conditioning is positive. The more I practice, the stronger it gets.
Perhaps, instead, all that this reveals is that I overthink ridiculous things. Or that I just have some deep-set subconscious aversion to fixing my damn trousers.
Last week I bought two new pairs of trousers. I’m starting to use my right pocket more and more. Soon I’ll get used to it, and I’ll forget about the hole, and hopefully I’ll be able to wear these things again.

How To Be A Good Software Engineer Mentor

Interview with Ali Spittel: 5 Tips for Contributing to the Developer Community