The Fetch API provides an interface for fetching resources (including across the network). It will seem familiar to anyone who has used XMLHttpRequest (see the first post in the series on how to do that), but the new API provides a more powerful and flexible feature set.

I prepared this demo page so that you can test.

You'll remember from the last post that in order to make an AJAX call with jQuery, you have to do something like this:

Go ahead and run that code on the demo page in the browser's dev tools Console (consult the last post if you're stuck).

Now, the very same thing with the Fetch API looks like this:

Go ahead and try it in the Console. Change the ime parameter, and you'll see that the text on the page will change to Hello [name], where [name] will be the parameter you entered. Note that in the example above I still used jQuery to set the content of the div with id result.

The docs have way more info on this but, as they say, the difference between fetch() and $.ajax() is in two main things:

⚠️ At a later point you may want to read a bit more about Promises in JavaScript.

I encourage you to try it for yourself and then check your solution to mine.

The mini project (which you can test here) would be rewritten like this:

There are a few things that I'd like to point out here: 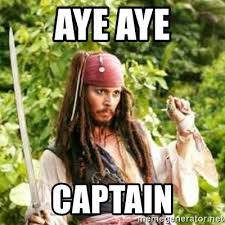 Say you have this demo page, and you need to make the newsletter signup form use AJAX instead of going to a new page when you click the Subscribe button. Right now the API (located at http://nikola-breznjak.com/_testings/ajax/email.php) doesn't actually process what you send to it but try to send data with the request as well for practice.

Well, here are a few search terms you could Google:

Again, here's my solution, but I encourage you to try it yourself first.

There are a few things that I'd like to point out here:

Can I have one more, please?

Sure, but promise you'll do it yourself first!

Here's a new demo page that you'll use for this example.

⚠️ I'm using Bulma to make the site look pretty. As their website says:
'Bulma is a free, open-source CSS framework based on Flexbox and used by more than 150,000 developers.'
I'll just say it's really great and easy to learn, so make sure you check it out.

In this challenge, you have to create a gif search application using the Giphy Search API. As the docs state, you'll need to get the API key by creating an app. Once you do that, you'll be able to search their API like, for example, this: http://api.giphy.com/v1/gifs/search?q=funny+cat&api_key=dc6zaTOxFJmzC. You can use this API key, but be sure to create your own if this one gets banned for too many requests 🤦‍

Once you fetch the gifs (or still images if you so choose), show them in the div with a class result (yes, class, not id 👍).

Here's the part where you roll up your sleeves, create it, feel proud of yourself 💪, and then come here to check how I did it.

As you may notice, very few things changed from the last post, and it's quite easy to exchange the jQuery AJAX calls with Fetch API.

That's all for this blog post. I hope it was useful and that you've seen how easy it is to make AJAX requests with the Fetch API. I also hope you liked the demo exercises 👍
This wraps it up with these three post series. Have a great time and see you soon! 💪