Redis is an in-memory database that stores data in key: value format, since it’s in memory, it's ridiculously fast.

Why you should implement caching layer in your server and how it will improve the performance of the application.

Cache vs no Cache:

I did a simple benchmark test on my server (on a single API to see how it takes to complete the request without caching, and re-test the same API with caching to see the improvement.) 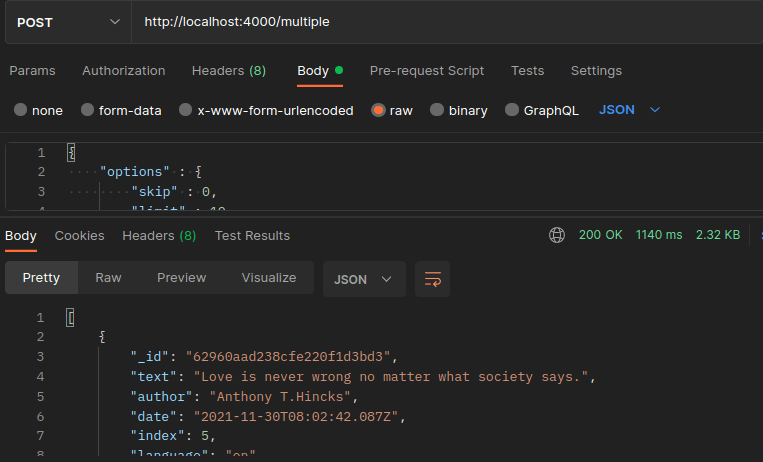 the above image shows you, that it took my server more than a second to complete the request, of course, every time I make a request it will take approximately the same time!

The below image is when I introduced the Caching mechanism to my server’s APIs, you can see the difference in the time by yourself ( i did not change anything in the request) 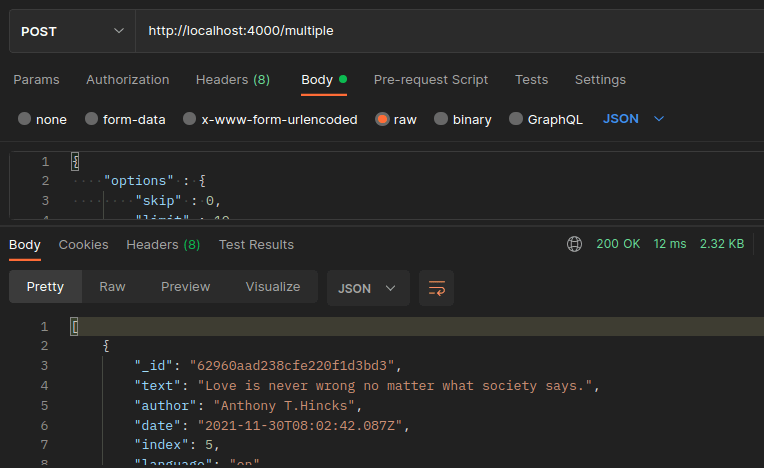 the time to complete the same request in the upcoming times has been reduced to almost ~10 ml, which is a significant improvement!

I hope now you're excited about implementing this technique in your own projects.

Install Redis on your machine

in Linux, you can install it by typing in the terminal

in macOS, in terminal issue the following command

in windows, it's a little bit difficult to get Redis on windows since it’s not officially supported in widows.

Install node-Redis to your project:

node-Redis is a modern, high-performance client for Node.js.

Now we installed both Redis and node-redis package, let's do simple work with these great tools and then try it in a real-world example!

To start the Redis server you need to run in the terminal : 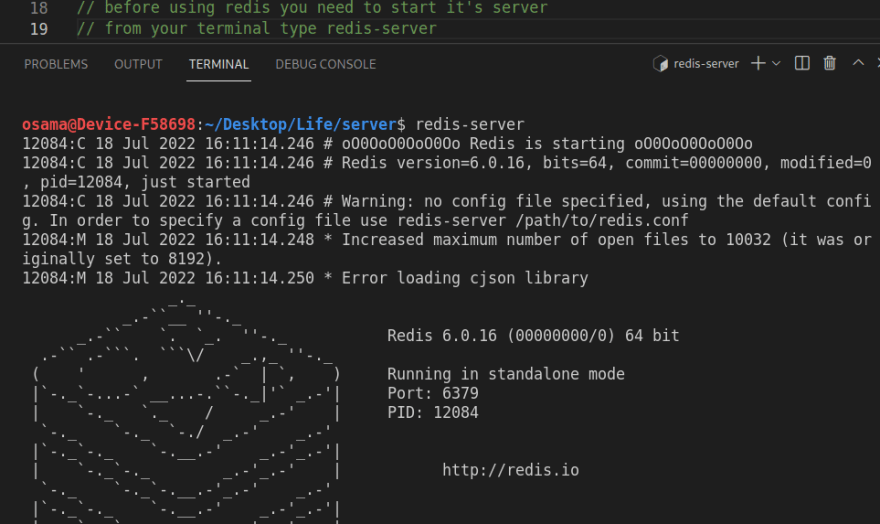 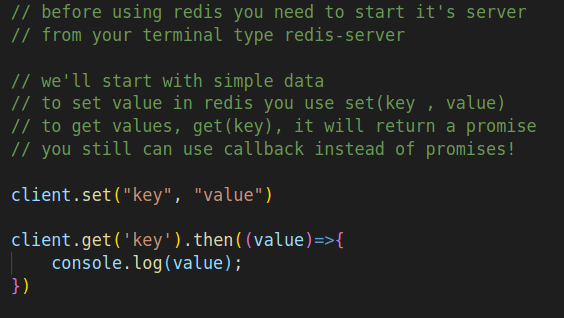 Above we created a client and started the connection to Redis server, now we can use all the features.

the big question now is how can I make use of these simple functions set() and get(), to improve my server performance?

let’s see my own server (express server to fetch quotes from MongoDB atlas and send it back.)

This Benchmarking test is from my own Quote API (which will be released soon in RapidAPI), we’ll see how the difference in the time it takes when we request 1000, 3000 and 5000 documents of data, I’ll repeat the test by fetching the same data but from the cache this time.

to fetch 1000 documents from the DB took almost 2 seconds

But fetching the same amount of data from the cache it only took 25 milliseconds!

to fetch 3000 documents from the DB it took almost 4 seconds!

But fetching the same amount of data from the cache it only took 45 milliseconds!

to fetch 5000 documents from the DB took almost 5 seconds!

But from the cache, it only took 60 milliseconds!

caching is simply adding another layer to your server, this layer will intercept the queries that will be executed by your database, it will search if this query is cached before or not, if so it will return the cached data as a response and will not going to send the query to the database, if the query has not been cached before, it will send the query to the database to get executed and then store the result in the cache (Redis) for the upcoming requests. 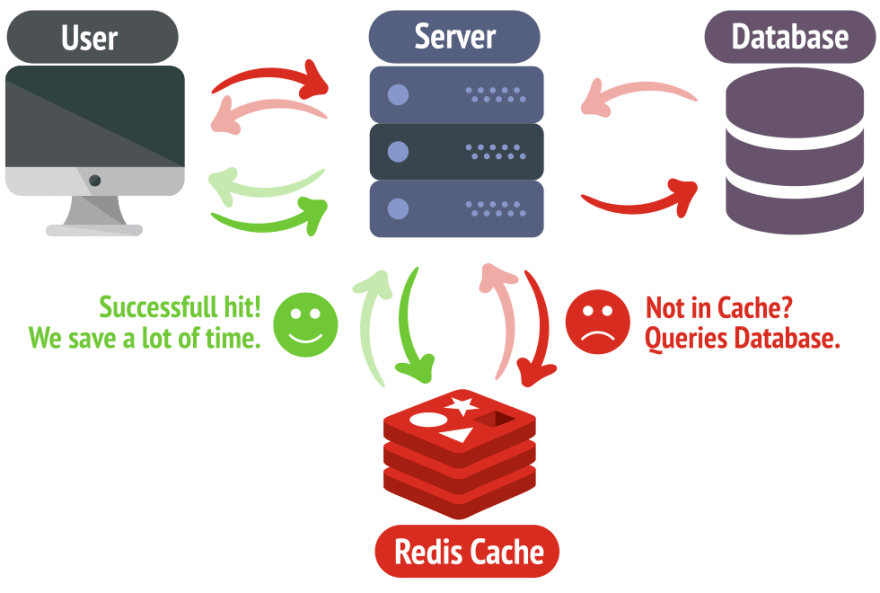 So to clarify what we want to do :

First of all, you need to create a new file in your project called cache.js, you can name it whatever you want, in the services directory if you have one, if not just put it anywhere.

this file will contain all the logic needed by our server to cache data and retrieve data from Redis.

In the beginning, we’ll need to connect to Redis and make sure it's working fine 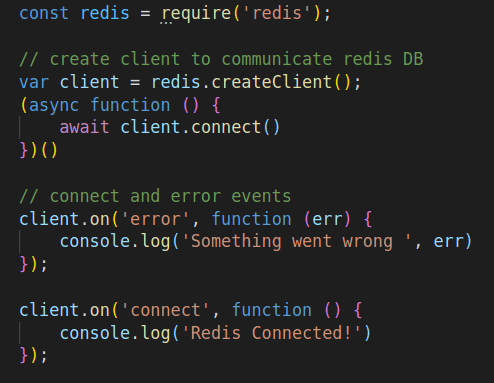 to store data in Redis we need to give every query a unique and consistent key, so we can retrieve the right query when a request has arrived.

basically, every query to any database has filters and options to get particular documents or records.

Now we have our key for every query need to be executed in the database, what we’ll do next is to search in Redis for this key, if it does exist, return its value instead of executing the query, if not found, execute the query in the database and store the query result with its key in Redis for next requests and then send the result to the user.

first, you need to create a unique and consistent key for every query.

second, search in Redis for this key, if it's found, return its value as a result, if not, execute the query and store the result in Redis and lastly send it to the user.

The best of all courses to learn node.js in depth.

Thanks for reading, and feel free to ask any question about javascript or this series, I appreciate any feedback to improve My content.

Once suspended, osam1010 will not be able to comment or publish posts until their suspension is removed.

Once unsuspended, osam1010 will be able to comment and publish posts again.

Once unpublished, all posts by osam1010 will become hidden and only accessible to themselves.

If osam1010 is not suspended, they can still re-publish their posts from their dashboard.

Once unpublished, this post will become invisible to the public and only accessible to Osama.

Thanks for keeping DEV Community safe. Here is what you can do to flag osam1010:

Unflagging osam1010 will restore default visibility to their posts.