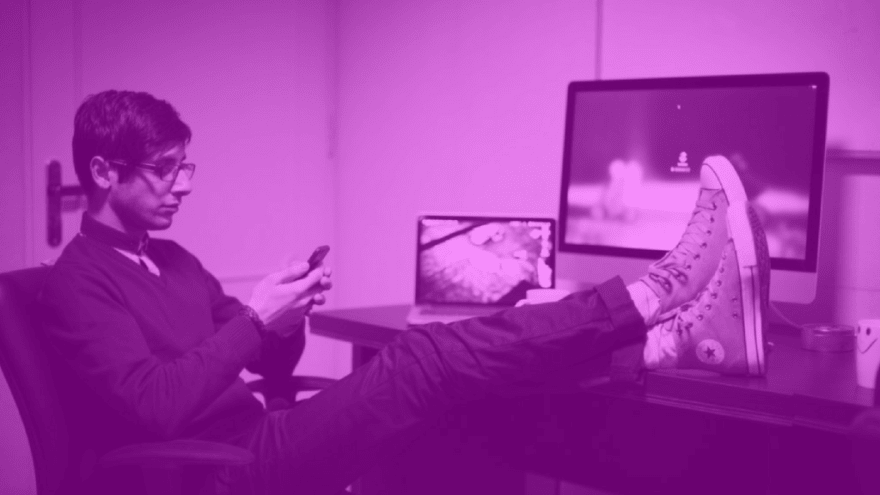 Laziness isn’t typically a trait you’d see listed in a developer job specification. Nor is it a quality that many programmers would list in their CV. But that doesn’t necessarily mean that laziness is a negative characteristic in a developer.

In fact, laziness can be beneficial to a career in coding. We’ve all heard the Bill Gates quote: “I choose a lazy person to do a hard job. Because a lazy person will find an easy way to do it.” And according to one maxim, efficiency is just intelligent laziness.

But is that true, or just wishful thinking? We give our two cents on the virtues of a lazy developer.

Laziness and the Pareto principle

Laziness is defined as an all-around negative trait. It’s viewed as being related to one of the seven deadly sins: ‘sloth’. It suggests a lack of motivation, a lack of productivity and a shiftless attitude. So how could a lazy developer possibly optimise anything?

The numbers may be scary, but they suggest that a lazy approach could be wise. A lazy developer, supposedly, would be one that could better identify and optimise the 20% of tasks that produce results.

‘Do this well, and you will enjoy the world of productive laziness’ – Peter Taylor

‘Productive laziness’ is the crux of the matter. There are different categories of laziness, and hiring someone with the right type could optimise the time and tasks of your whole workforce. The wrong type, however, is a costly bad hire.

You don’t want ‘idle laziness’. The ‘no-motivation-to-do-anything-ever laziness’. Hiring a sluggish developer won’t get you very far, and isn’t advisable.

But that wasn’t the type of laziness Bill Gates was referring to. The right kind of laziness, as many smart developers will know, is more resourceful than work-shy. A ‘good’ lazy developer will know that laziness doesn’t mean doing the job poorly. It means doing the job the best way first, so that they don’t have to go back to it later.

‘Do it right, do it once. That’s the lazy option.’ – Moray Taylor

Make the machine do it

In essence, the idea behind a productively lazy developer is one of efficiency. Lazy developers will only focus on tasks that are important, rather than robotically wading through a to-do list. They’ll automate anything that can be automated.

This means that a productively lazy developer can optimise not only their own workflows, but also the workflows of others. They can identify new areas that would benefit from automation, and streamline their workloads to only include the important jobs.

No one like complex tasks. Equally, no one likes complex software, or complex code. All of this can be avoided by finding the easiest, most efficient method for completing any one task. A lazy developer is great at avoiding complexity, as they can be counted on to find the simplest way of doing something.

And the best part of this is that once the easiest method has been identified, other members of your team are able to use it as well. Laziness, despite all its negative connotations, can be quite the productivity boon.

When it comes to laziness and hiring, it’s not so much that you should go out of your way to employ a lazy developer. Rather, you needn’t actively avoid laziness as a trait in prospective new hires.

Laziness can work well, but it’s not the definitive trait of a good programmer. So instead of worrying about finding the perfectly lazy developer, look for other, more important traits, such as:

Positivity breeds a good work atmosphere, a willingness to learn, and confidence in the team and its output. Don’t let a negativity virus corrupt your dev team.

In programming, fixing problems is a large part of the daily work. The last thing you need is a hostile employee with a closed, ‘can’t-do’ approach to development.

Development is a team job, and all new team members must be able to integrate well. They could be the prime lazy developer, but they won’t inspire productivity if their lack of teamwork causes a system error.

If your new hire happens to hold the quality of ‘productive laziness’ on top of these traits, great. Just see it as a bonus, not a prerequisite.

Having the coveted lazy developer can improve office workflows, unlock new efficiencies, and decrease burnout of team members. And they can make great team leaders, after all, it’s the second mouse that gets the cheese.

But they can be tricky to find. A developer that’s lazy in the wrong ways can be just as negative as any other bad hire, and gives the rest a bad name.

So, should you hire a lazy developer? Rulers of effective time management, masters of avoiding ‘busywork’; productively lazy developers are lauded for prioritising and cutting out the unimportant. We’d say that makes for a smart hire.