I had a blast reading through the many creative and varied approaches to solving Problem #1. There's something very fun and enlightening about seeing the same problem solved in different ways: 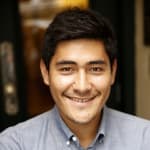 Not sure if this will become a regular thing, but I wanted to keep this rolling and present Problem #2. Again, this is from the wonderful Project Euler.

Each new term in the Fibonacci sequence is generated by adding the previous two terms. By starting with 1 and 2, the first 10 terms will be:

By considering the terms in the Fibonacci sequence whose values do not exceed four million, find the sum of the even-valued terms.

Look forward to seeing solutions in your language of choice!

Solving day 16 of Advent of Code 2021 in JavaScript

Solving day 15 of Advent of Code 2021 in JavaScript

Once suspended, peter will not be able to comment or publish posts until their suspension is removed.

Once unsuspended, peter will be able to comment and publish posts again.

Once unpublished, all posts by peter will become hidden and only accessible to themselves.

If peter is not suspended, they can still re-publish their posts from their dashboard.

Once unpublished, this post will become invisible to the public and only accessible to Peter Kim Frank.

Thanks for keeping DEV Community 👩‍💻👨‍💻 safe. Here is what you can do to flag peter:

Unflagging peter will restore default visibility to their posts.