Hey Gang, Feel lucky to see you again. Every year design trends getting changed and then we plan to adapt our websites for trendy and present day feel. Sadly, website may sometimes styled without any structure or naming conventions. This leads to an unmaintainable CSS codebase and crack out our plans😥😥 be like.

Uh, feel awkward right. But, don't getting trouble with that because every problem definitely have a solution. Likewise, we convert unmaintainable CSS codebase to maintainable using BEM naming convention. 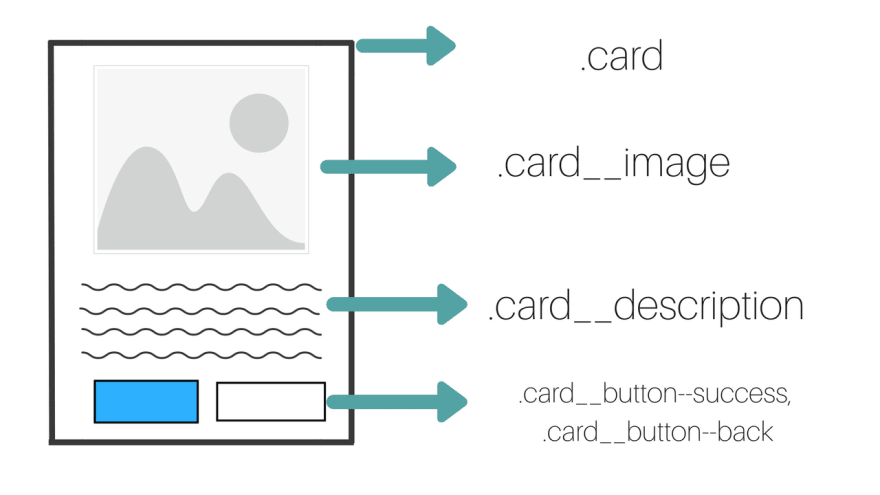 Above image seems little bit weired😥. It's not a big deal and hope keep continue reading and you grasp that tricks🎉.

Block is a standalone entity that is meaningful on its own and is a top-level abstraction of a new component.

Block names may consist of Latin letters, digits, and dashes. To form a CSS class, add a short prefix for namespacing: .block

Element is a parts of a block (Child items of block) and have no standalone meaning. Any element is semantically tied to its block.

Flags on blocks or elements. Use them to change appearance, behavior or state.

In simple words, the use of a ‘modifier’ to apply the additional unique styles.

Hey still with me🥳, I feel you getting curious about BEM. So, It's my pleasure to show the live demo. Just hover the containers, you may getting an confidence about block-element relationship (parent-child relationship).

I can get your question🤔

there are so many naming conventions like OOCSS, SMACSS, SUITCSS, Atomic. But, why we choose BEM?? right.

If we are reading the markup instead of CSS, we should be able to quickly get an idea of which element depends on another (in the previous example we can see that .card__title depends on .card, even if we don’t know what that does just yet.)

The BEM approach ensures that everyone who participates in the development of a website works with a single codebase and speaks the same language. Using proper naming will prepare you for the changes in design of the website.

Use BEM as it way

ofcourse you can break down the rule of BEM like below,

yes you are right which seems BEM naming convention. But, it's not😑. which only make confusion and incosistent code. Hope you grasp my point.

Hope you getting curious for using BEM in your projects. So, getting clear thought about BEM. I will show a little massive example below, 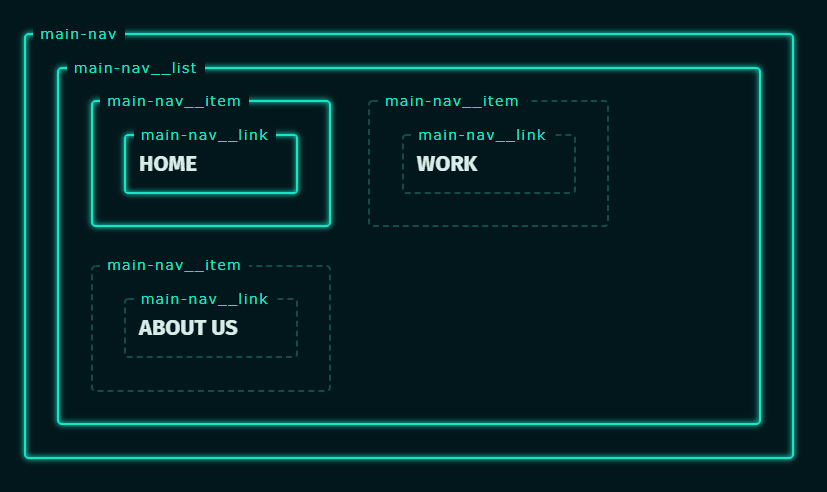 let's test BEM skills. From above image, can you identify which one is block / element / modifier. Don't hesitate, post your answer below as comment.

If you loved this blog, Then give an endearing heart💝and drop your thought about this blog😍 which really a lot to me. I love the discussion with you, If you feel not comfortable at styling concepts or have any doubts.

Thanks for Reading!!
Preethi
- Make your CSS life easier

Once suspended, preethi_dev will not be able to comment or publish posts until their suspension is removed.

Once unsuspended, preethi_dev will be able to comment and publish posts again.

Once unpublished, all posts by preethi_dev will become hidden and only accessible to themselves.

If preethi_dev is not suspended, they can still re-publish their posts from their dashboard.

Once unpublished, this post will become invisible to the public and only accessible to Preethi⚡.

Thanks for keeping DEV Community 👩‍💻👨‍💻 safe. Here is what you can do to flag preethi_dev:

Unflagging preethi_dev will restore default visibility to their posts.