Consider this a spinoff of my original article. I had some requests from the readers to explain how I developed the parser, and hence I decided to share the story of my first (significant?) project with you guys.
Repository Link

When I developed these set of scripts, I had zero knowledge of Image Processing or the algorithms used in it. It was in my fresher year that I worked on this.

The basic ideas I had in mind when I started:

So the student login portal in my college looks like this: 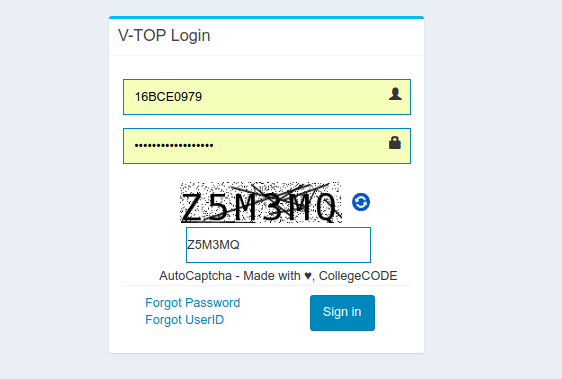 To begin with, I had made some very useful observations about the image.

So I ended up downloading one such image and using this tool visualized the image in binary(0 for black and 1 for white pixel). 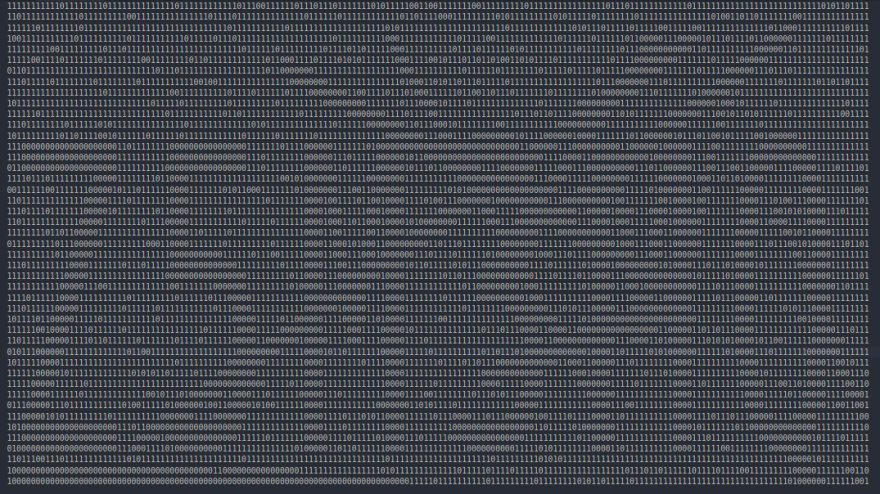 My observation was right - the image is 45x180 in dimension, and each character is allotted a space of 30 pixels to fit, thus making them evenly spaced.
Thus I got my step 1, that was

I chose Python as my prototyping language, as its libraries are easiest to use and implement.
On some simple searching, found the PIL library. I decided to use the Image module, as my operation was limited to only cropping and loading the image as a matrix.
So, according to the documentation, the syntax for cropping an image is

In my case, if you want to crop just the first character,

The image that got saved:

I wrapped this in a loop, wrote a simple script that fetches 500 captcha images from the site, and saved all the cropped characters into a folder.

Going to the third observation - Every character is well defined.
In order to "clean" a cropped character from the image (remove the unnecessary lines and dots), I used the following method.

For clarity sakes, I applied the code to the original image.
Original:

So you can see, that all the pixels that weren't completely dark have been removed. This includes the line that passed through the image.
It was only later after the project was completed that I learnt that the above method is called thresholding in Image Processing.

So you see, the image has been reduced to the individual characters themselves! Even though it may look like some characters have lost their base pixels, they serve as very good skeletons for other images to compare with. After all, the main reason we're doing so many changes is to generate a proper image for every possible character.

I applied the above algorithm to all the cropped characters and stored them in a new folder. The next task was to name at least one sample for each character belonging to "ABCDEFGHIJKLMNOPQRSTUVWXYZ0123456789". This step was like the "training" step, where I manually selected a character image for each one and renamed them.

With this step complete, I had a skeleton image for every character!

I ran couple other scripts to get the best image among all images of a character - for example, if there were 20 'A' character images, the image with the least number of dark pixels was obviously the one with the least amount of noise and was hence best fit for the skeleton images. So there were two scripts:

Thus by now, the library images were generated. Converted them to pixel matrices, and stored the "bitmaps" as JSON file.

Finally, here is the algorithm that solves any new captcha image

And the final result we get is:

which is Z5M3MQ - The captcha has been solved successfully!

So that's pretty much how I did it. It was a great learning experience, and I developed a chrome extension that uses the algorithm, and it has 1800+ users!

Would love to see your opinions and suggestions!
The above code is hosted here