Today we are gonna explore how to use the intersection observer API in React and see some useful examples, you can find the code in the following repository, let's begin.

lets code register a callback function that is executed whenever an element they wish to monitor enters or exits another element (or the viewport), or when the amount by which the two intersect changes by a requested amount. This way, sites no longer need to do anything on the main thread to watch for this kind of element intersection, and the browser is free to optimize the management of intersections as it sees fit.

In plain english, it allows us to detect when certain elements are visible in our viewport, this only happens when the element meets your desired intersection ratio. 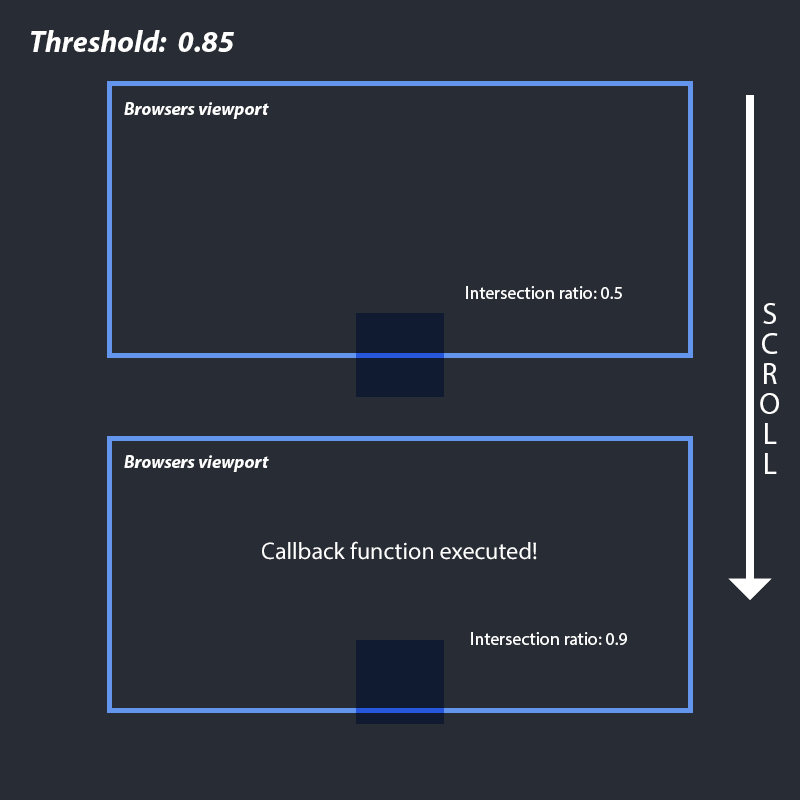 As you can see, if we scroll down the page the intersection ratio will be going up until it meets the designed threshold and that's when the callback function is executed.

Just like that we are ready to see some action but first we need to know what each option means, the options argument is an object with the following values: 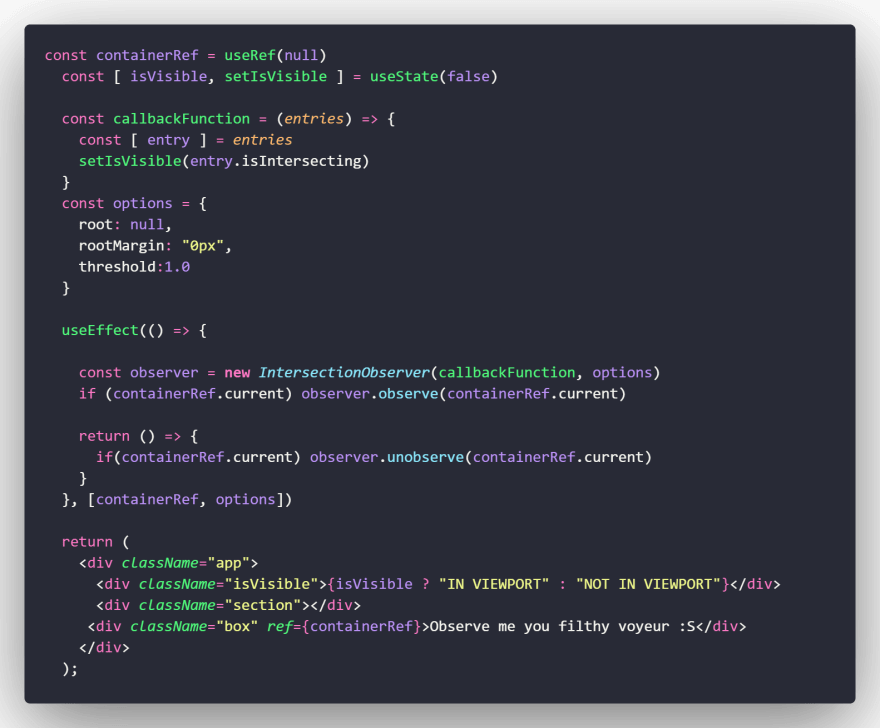 remember this is just a basic implementation and there are many different ways of doing it.

Let's now implement the same code we just did before but separating all the logic into a new hook called useElementOnScreen. 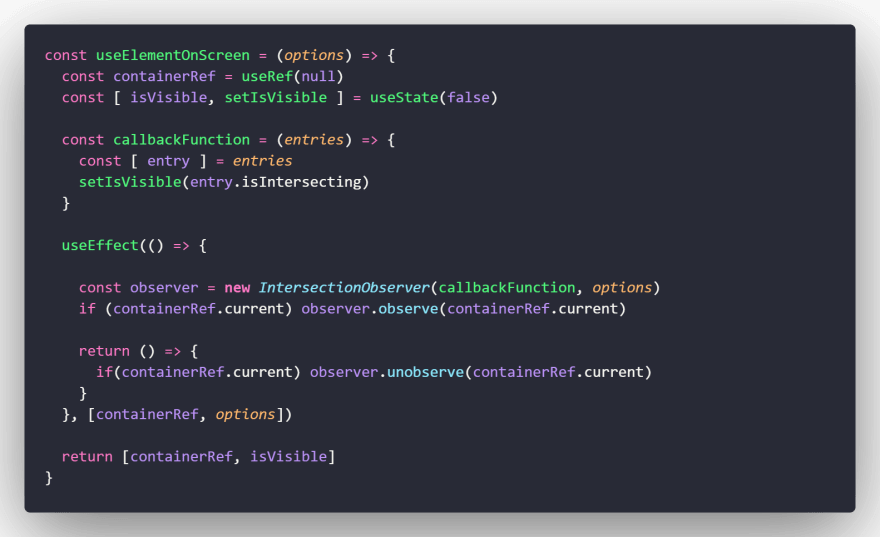 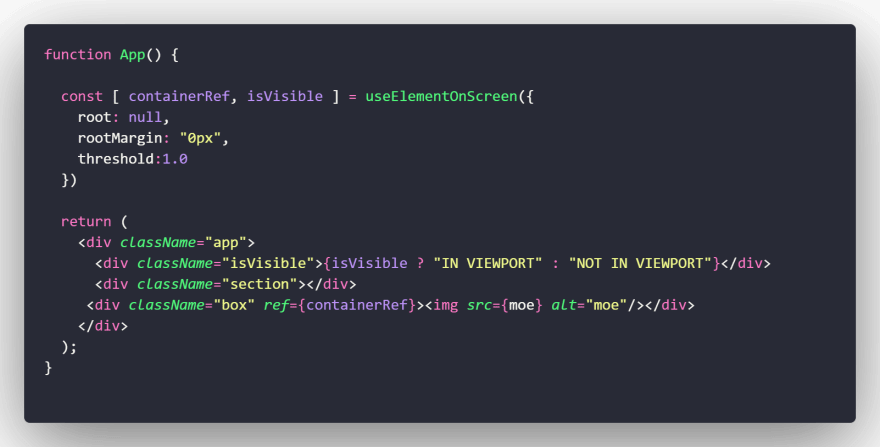 Congratulations we have successfully used the intersection observer API and we even made a hook for it!

Thanks for reading this, Hopefully it helped someone getting started with the IO API using react, stay safe ❤️!

If you want to know more about us, don't hesitate contacting through our website.

Once suspended, producthackers will not be able to comment or publish posts until their suspension is removed.

Once unsuspended, producthackers will be able to comment and publish posts again.

Once unpublished, all posts by producthackers will become hidden and only accessible to themselves.

If producthackers is not suspended, they can still re-publish their posts from their dashboard.