You can read the original post I wrote here 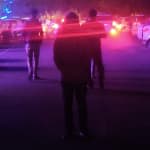 This post is being written at the time of

And includes changes since the original post was written (June 5).

Looping through all the wallets has been replaced by Probabilistic revenue sharing. Payment pointer is now being changed dynamically instead of opening new tab and closing the previous, which also fixed chromium stealing the focus.

- Restricted opening more tabs while content is being monetized

Event listeners are now being fired correctly along with the same arguments that you would expect to get in the browser. State is also being updated correctly.

Since probabilistic revenue sharing is being implemented, timeout is no longer needed. Packages are now selected for 65 seconds each randomly.

In cases when more than one packages have the same wallet, the events are fired and states are changed for all these packages when any one of them is being monetized.

This argument is the same as the response object which is passed by any event being fired in the browser, and is passed by the provider module being used. The correct package is identified by looking into the argument for wallet address, which is matched with walletHash to get the correct index.

- Initial state of all packages is now stopped

It was pending in previous versions. Fixed now

The main post has also been updated according to these new changes.

The only remaining problem is that monetization does not occur if puppeteer's chromium instance is specifically minimized, otherwise it works fine, even when not in focus. You can leave it running in the background and expect it to be working absolutely fine and as expected.

Once suspended, projectescape will not be able to comment or publish posts until their suspension is removed.

Once unsuspended, projectescape will be able to comment and publish posts again.

Once unpublished, all posts by projectescape will become hidden and only accessible to themselves.

If projectescape is not suspended, they can still re-publish their posts from their dashboard.

Once unpublished, this post will become invisible to the public and only accessible to Aniket.

Thanks for keeping DEV Community 👩‍💻👨‍💻 safe. Here is what you can do to flag projectescape:

Unflagging projectescape will restore default visibility to their posts.