the screenshots and data come from Python Developers Survey 2019 Results 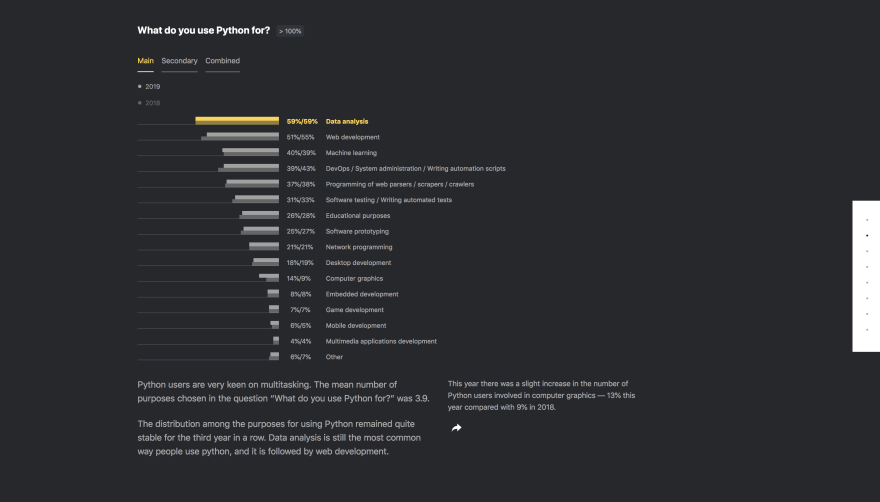 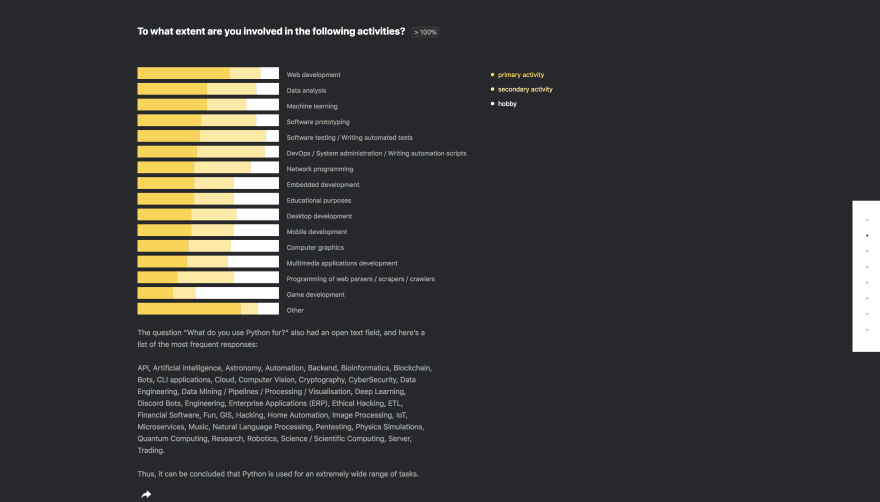 A special mention to that 26% (!!) of people who do web development in Python with no frameworks.

rhymes
Such software as dreams are made on. I mostly rant about performance, unnecessary complexity, privacy and data collection.
Happy birthday Django! 🎂
#python #django #news
How to make Python code concurrent with 3 lines
#python
Are you still using Python 2?
#python #discuss

Once unpublished, this post will become invisible to the public and only accessible to rhymes.

Thanks for keeping DEV Community 👩‍💻👨‍💻 safe. Here is what you can do to flag rhymes:

Unflagging rhymes will restore default visibility to their posts.