Why you're reading this

I decided to try Hasura which promises to let people build a GraphQL API that speaks directly to the PostgreSQL database.

I didn't expect to be done with my demo 15 minutes later writing only the GraphQL queries themselves and one SQL statement. No other code at all.

Let me backtrack a bit and explain what Hasura is.

The tool is a GraphQL engine/server written in Haskell and JavaScript. It sits between a client application (API consumer for example) and the database (PostgreSQL).

The client sends the GraphQL query, the server gets it, parses it, validates it, transforms it to a highly optimized SQL query, fetches the data in JSON format (PostgreSQL allows you to export data in JSON without going back to the web app, one of its best recent features if you ask me) and sends it back to the client.

If you want to read more about the architecture you can read Hasura's article: Architecture of a high performance GraphQL to SQL engine.

So, after reading only that article out of curiosity, I decided to give it a go trying to read as little documentation as possible.

Setting up the server

The setup is quite straightforward. I installed Docker for Mac, downloaded a script, ran its contents and waited:

After that, I opened the console with a browser and this appeared: 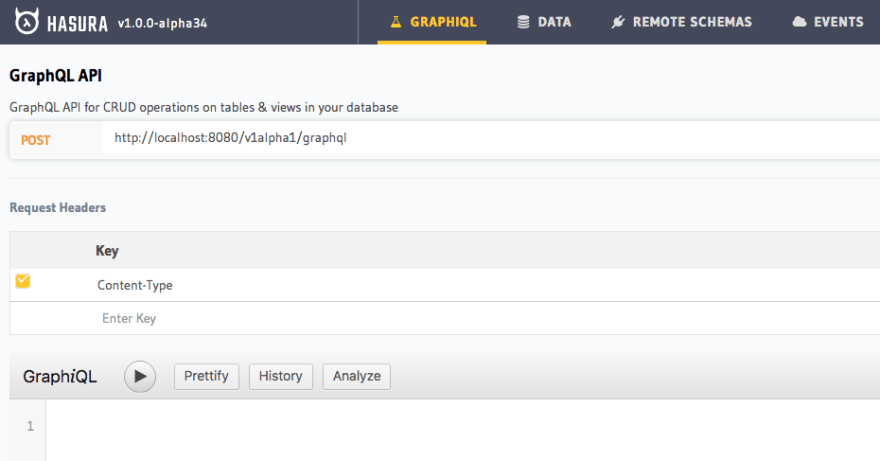 Clicking on Data reveals the list of tables contained in the database chosen. I instructed Hasura to expose the articles, comments and users table, clicked around a bit in the UI to create relationships between them and the result was the following: 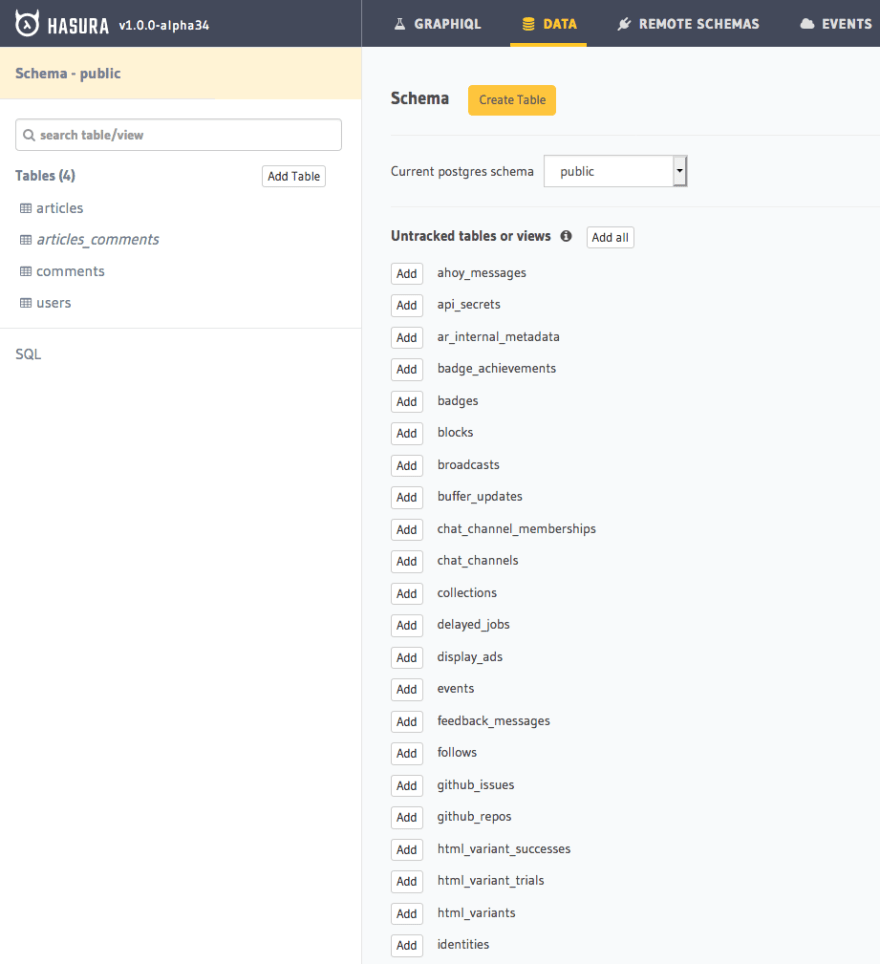 The only thing I had to setup manually is articles_comments which doesn't exist in the default dev.to database.

Hasura doesn't support polymorphic associations as they are created by Ruby on Rails. The solution, found searching the issue tracker, was to create a simple view:

With the schema and the relationship setup I went on two write a few GraphQL queries with and without nested data to see if everything worked.

the last 10 users with their last 3 comments

This last query is one of those reasons why GraphQL can be advantageous over REST. REST(ish) APIs tend to be kind of a drag when you need to ask for nested or related data. Think about it, we're asking the web server to retrieve the post with the most reactions, then fetch the comment with the most likes and its author.

In a classic REST(ish) API you would invoke the HTTP web server three times:

You might get to one HTTP call in some REST APIs but it's a possibility, not the default. GraphQL in this case lowers the barrier:

Clicking on the "Analyze" button in the Hasura interface yields the SQL and the execution plan: 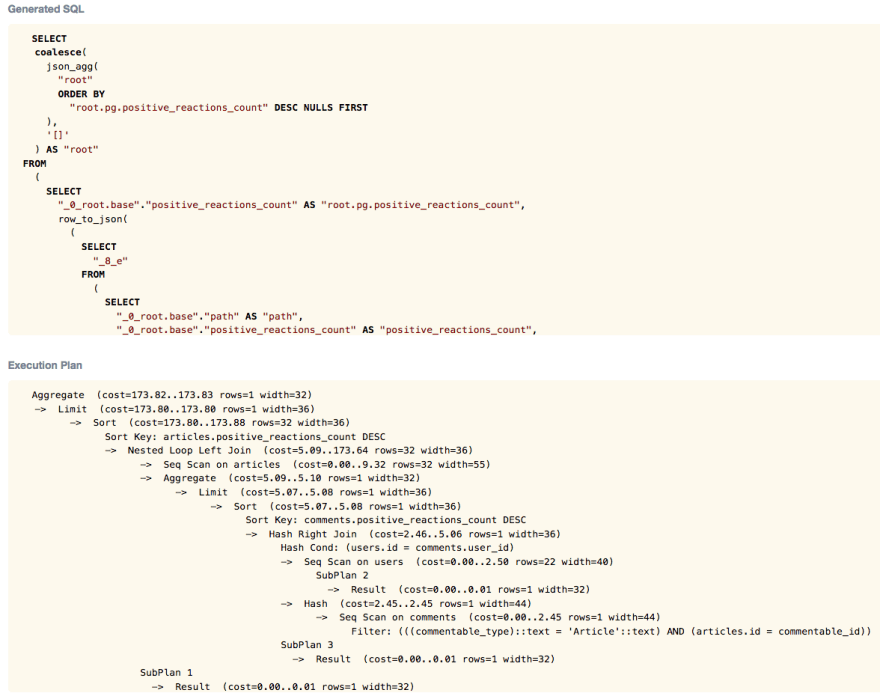 I stopped at this point and wrote this article. Hasura though supports lots of other features:

I only tried it a few minutes so I can't say anything else but it's surely an interesting tool for people who want to build a GraphQL API on top of an existing database.

These 5 Crypto Coins Can Give You Tremendous Returns in 2022.

rhymes
Such software as dreams are made on. I mostly rant about performance, unnecessary complexity, privacy and data collection.
Help us squash bugs in DEV with Honeybadger! 🐛
#meta #opensource
I'm joining the DEV team
#meta #career #personal
Ask the community for a post
#requestforpost #meta