So it started from here :

Today Facebook is open sourcing Hermes, a small and lightweight JavaScript engine optimized for running React Native on Android. We are currently publishing a new patch release for React Native which will contain Hermes as opt-in. github.com/facebook/hermes

Facebook officially released React Native v0.60.2 about two hours ago which enables the engine as an opt-in feature. This brings a really big advancement on mobile development with React Native as it will give the Android Applications built with react native a significant boost in performance, smaller build size and less memory usage! 💜❤️

React Native 0.60.2 with @HermesEngine as an opt-in engine for Android is now available! To give it a try, run `react-native init` and follow the guide in the documentation: facebook.github.io/react-native/d…

And the integration is so easy! Just enable it in your build.gradle file and that's it. Done 🙆‍♂️ Literally, JUST ONE LINE OF CODE AND THATS IT! ✨

You can see the difference on app startup here!👇 : 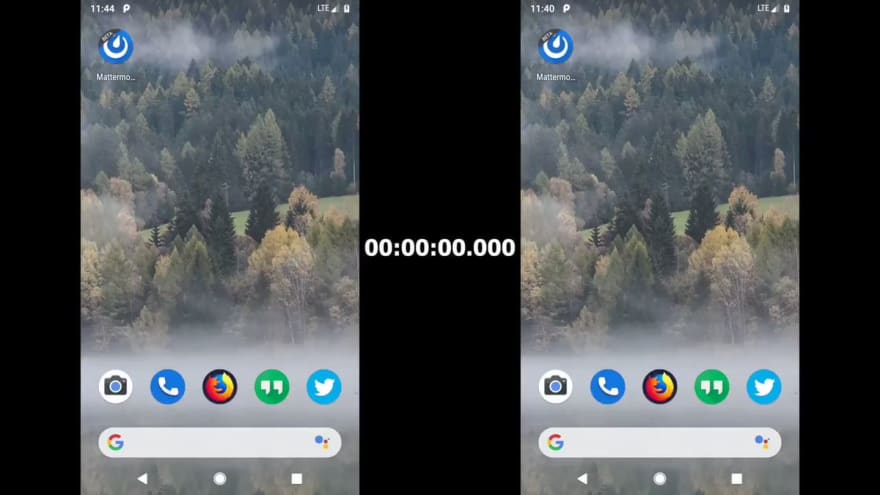 The only thing is that you need to upgrade React Native to version 0.60.2 which has a lot of significant changes (RN v0.60 was released a week ago - see changelog here) but well, the improvement for Android apps with this engine is AWESOME! Definitely trying it over the weekend! 💪

Now that I'm released, if we were to do some videos with engineers, what types of questions you like answered.

Who all are excited for this? I definitely am!

How to block Screenshots in your flutter app

Once suspended, rishikc will not be able to comment or publish posts until their suspension is removed.

Once unsuspended, rishikc will be able to comment and publish posts again.

Once unpublished, all posts by rishikc will become hidden and only accessible to themselves.

If rishikc is not suspended, they can still re-publish their posts from their dashboard.

Once unpublished, this post will become invisible to the public and only accessible to Rishi Kumar Chawda.

Thanks for keeping DEV Community 👩‍💻👨‍💻 safe. Here is what you can do to flag rishikc:

Unflagging rishikc will restore default visibility to their posts.