Check this out on Github!

Other than being a mouthful to say;
FRAS allows tens of facial-recognition-camera-clients aka tiny Raspberry Pi-es to be deployed all across a college,
or an industrial campus, which then record who they see and when they see then to a central database.

This was my high school's final semester project on which I barely spent 48 hours building. The REST Server and
Angular proved to be quite an undertaking! But, the professor seems pleasantly surprised by what
I built so it all ended just fine. :) 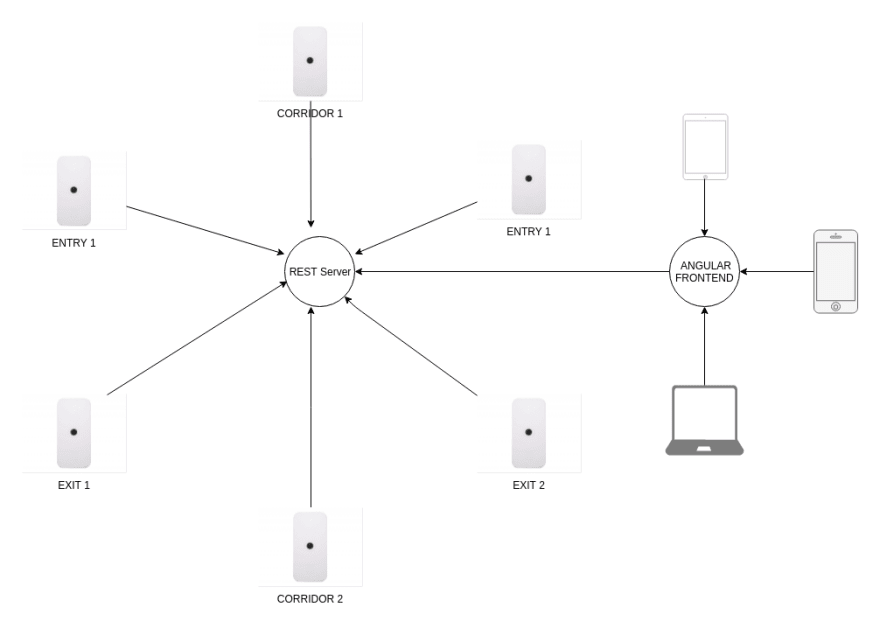 Every Camera Client is responsible for recognizing all of the faces on it’s own and communicating with the Microsoft Face API as well as saving the images to S3, also the users connected to the Angular Client can also need to see the uploaded images, so everything ends up looking like this. 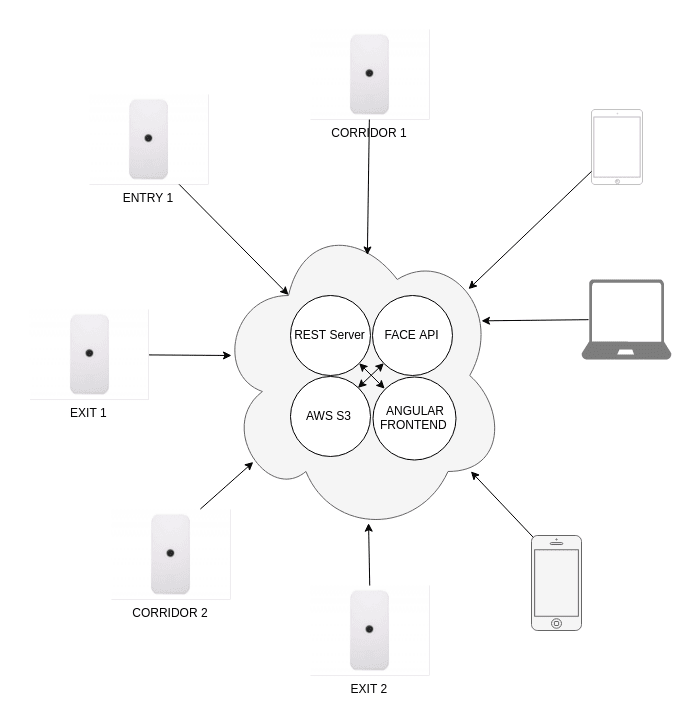 The Main Page shows the list of all registered people, Face API is sent about ~20 images of each person during the initial setup.

Selecting one of the persons allows you to see where they were last seen, how many days they were present, and more

Shows the most recently captured images from all Camera Clients

Shows a list of all dates and number of present people, selecting one of them takes you to the next page. 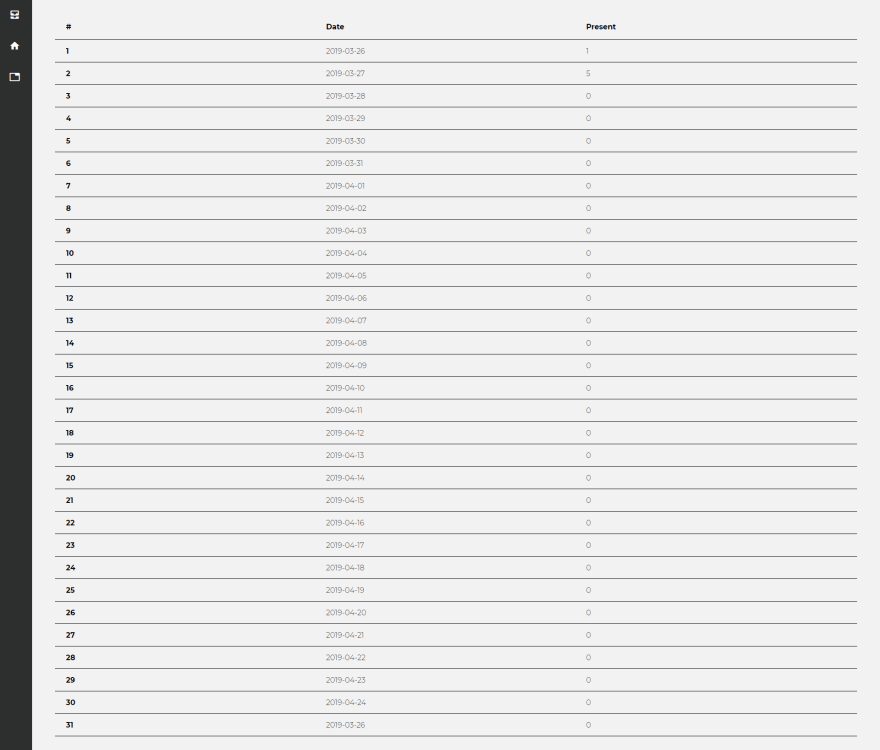 Shows all of the lectures which were help that way in school, and how many people were present for those. 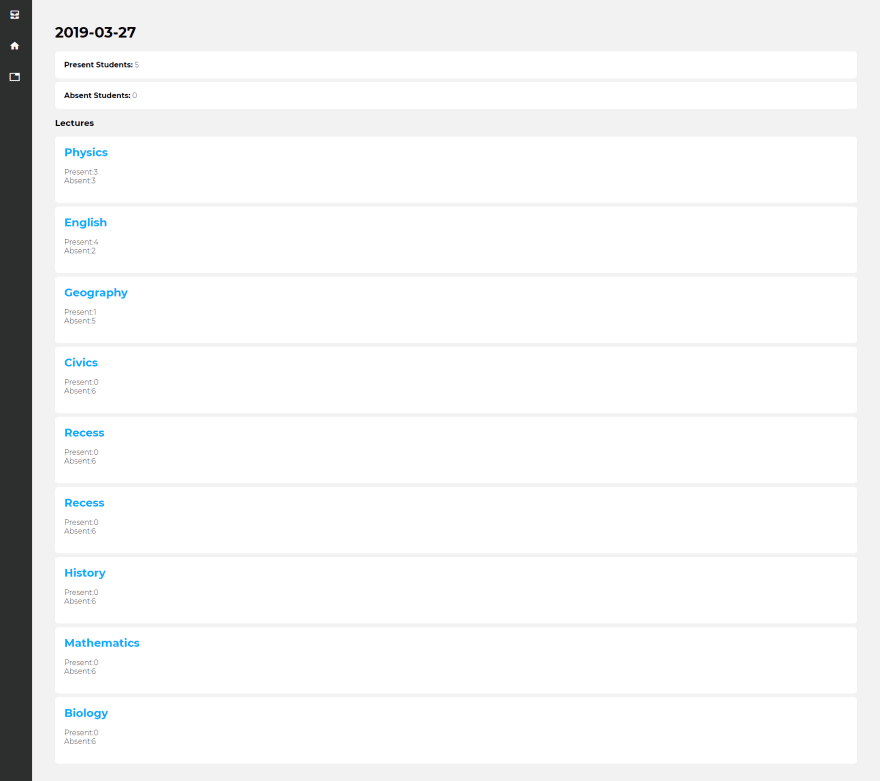 Shows how many students were present for that particular lecture. 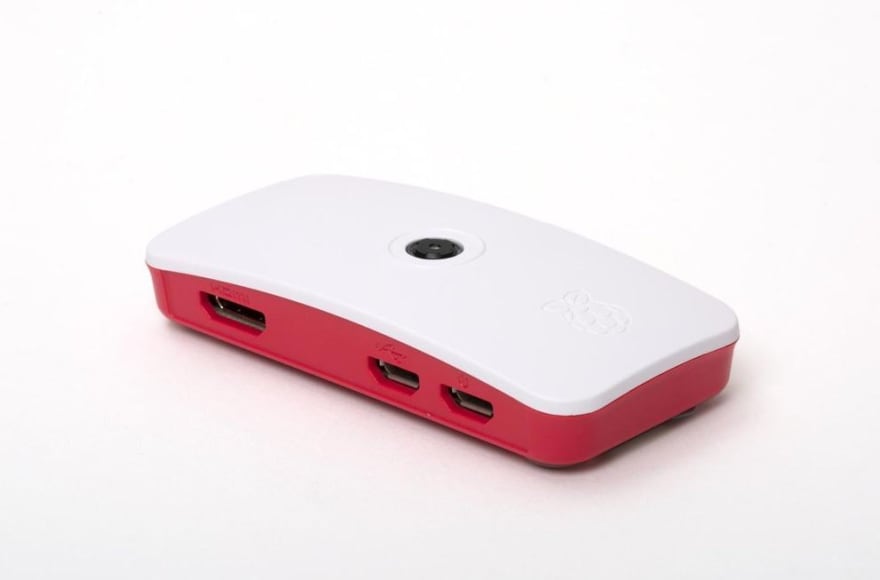 This is a high level description of what you could do, but feel free to hit me up on Hangouts at rohansawantct83@gmail.com if you are interesting in getting something like this up and running.

Problem that I started out to solve

On one rainy day in July, I dejectedly shook my head at the distressed professor who stared back at me, wondering where half of the class was? I shrugged helplessly and went back to daydreaming about the Black Mirror episode which I watched earlier that day. The school had tried everything, taking attendance twice during lectures, making everyone sign a piece of paper passed around the class, find-ing for those who remained absent … you name it. All of these seemed like foolproof solutions to the problems according to the school’s middle management, me? I had my doubts.

Lack of attendance in school during lectures…hmm, maybe AI could help me solve this, and helped me-solve-this it did, well at least on paper for the time being.

YES! We could turn the college campus into a total surveillance state, monitor everyone, store everyone’s faces, track their every move, and use that to generate helpful insights to make the world a better place. 🙃

That was how everything started, there are still a lot of features which I left unexplored, Face API also provides support for emotion recognition…

Why? So we know our happy students from the sad ones?

Maybe I could add activity recognition? That would help teachers pick the sleepiest of their pupils.

In my worst nightmares, I imagine a highly sophisticated version of this running on embedded devices like the Nvidia Nano - on every street corner, every shop and every stoplight, the data could be continuously stored in on the blockchain with no central point of failure, as we try and hope hard that our Funky-Glasses are enough to fool the cutting edge ML Models.

How I Build ERP Software With Django

Rohan Sawant
Hi! I'm Rohan, a Full Stack Software Engineer, with a background of working with Deep Learning and AI, who loves to use his skills to create products that are at the intersection of all of these!
Setup Azure IOT Edge Runtime on the Raspberry Pi - Minified - 1
#raspberrypi #devops #azure #docker
How to connect to DynamoDB with Python using Docker Compose? | Boilerplate, Starter Pack 🐳
#python #docker #aws #devops
Spin up a PostGres Docker Container on the Raspberry Pi in 2 minutes! 🐳
#docker #raspberrypi #devops #database

Once suspended, rohansawant will not be able to comment or publish posts until their suspension is removed.

Once unsuspended, rohansawant will be able to comment and publish posts again.

Once unpublished, all posts by rohansawant will become hidden and only accessible to themselves.

If rohansawant is not suspended, they can still re-publish their posts from their dashboard.

Once unpublished, this post will become invisible to the public and only accessible to Rohan Sawant.

Thanks for keeping DEV Community 👩‍💻👨‍💻 safe. Here is what you can do to flag rohansawant:

Unflagging rohansawant will restore default visibility to their posts.