It's hard to believe, but I've been listening to podcasts for almost 15 years, and been podcasting myself since April 2006. Just think about it: back then Youtube had just pivoted from being a dating site, Twitter had like 150 active users, Uber won't exist for another 3 years or so, and the most innovative mobile phone companies in the world are Nokia and Blackberry. Blockbuster was huge, and Lost was the biggest TV show of all time, still in Season 3 :)

Podcasting never took off the way video streaming did, but I don't think it's an issue. Spoken word historically loses to moving pictures in popularity, but more often then not wins in substance and depth. Not only this, but podcasts do not require the same level of focus and concentration as does, say, Youtube. You can't really drive and watch Kurzgesagt, but you can drive and listen to Science Vs.

Here's a list of my favorite podcasts. Some of them are in their second decade of running, some are pretty new, but all of them are a tremendous source of knowledge, news, and human experience as it relates to hitech industry in general, and software development in particular. Feel free to make a pull request if you think I've missed a great show here!

TL;DR You can download a complete OPML list of all 30 shows mentioned below. Just feed it to your favorite podcast app (I suggest Overcast) and have all these shows in you subscriptions right away!

Dev podcasts provide a great deal of information and an amazing learning experience. They also give a greater sense of community and feeling of belonging. Below is a list of podcasts that deal directly with software and web development.

Relatively new and a real hit. Two hosts, Wes "Barracuda" Bos & Scott "El Toro Loco" Tolinski, normally make JavaScript courses and speak at conferences, but every now and then (more like a few times a week) they get together and talk shop. From general things like how do you advance as a freelancer or get your first dev job to the newest CSS tricks and sick latest internalization features. "Potluck" Q&A episodes and on-point "Tasty Treats".

It's all in the name. From interviews with core React team members to vision and in-depth specifics of the framework we all love (and we do love it!) to career discussions.

A broad look on basically all things software dev. This one is not specific to web development, though. To be honest, I don't have that much time, and I do have a lot of other good podcasts to listen to, so personally, I skim shownotes of new episodes and listen to those that look promising. Interesting topics come up more often then not, but time is a finite resource, unfortunately.

The Changelog has been around for quite some time now. Episodes feature prominent engineers, developers, and other experts, and usually have a specific topic.

🎉🎉🎉
Fun and casual, the kind of chat you'd like to be a part of. As serious as some topics are (burnout, anyone?), episodes are mostly on the inspiring and empowering side.

Developer Tea is on a shorter, bite-size side of podcasting. Inspiring and useful to both newbies and seasoned developers, and available to anyone with a 20+ minute commute. I even trained my Alexa to give me new Developer Tea in the morning, and most days their episodes fit nicely into my breakfast routine.

Weekly in-depth interview show with Adam Wathan. Sometimes I listen to the guests and wonder if I'd ever have such an enormous and complete understanding of tech as they do.

Another great show about front end development, web design and all things UX. It's interesting how sometimes you hear same guests on different podcasts from this list, but every host and every show has a different angle and offers a different conversation. Exciting guests, great in-depth talks.

FreeCodeCamp is one of the absolutely best and completely free and open-source resources for learning software development. It's been growing like crazy, has incredible community of passionate people who are happy to share their knowledge and help out the newbies. Their podcast is no exception: awesome guests, stimulating topics, success stories and so much more. Highly recommended!

Kyle talks with people who became software engineers after they had a previous career in other fields. This one is particularly dear to me since I've been a journalist and a radio host in my previous life, and can very much relate being a second career developer myself.

Legacy code, technical debt, and how to maintain and advance older projects (personal or at work). This one is tailored more towards seasoned developers audience, but anyone could benefit regardless of current experience level.

CodePen is an awesome tool for quickly prototyping a feature, showcasing some code, doing an exercise or collaborating on a project. They run an insightful podcast about, well, running a web software business.

Podcast about computer programming and software development so you can learn on the go.

More on the general side, these podcasts cover tech news. Some of them go in-depth with philosophical implications of tech stories, some deal with particulars of working in tech.

Leo Laporte is a true legend and one of the pioneers of podcasting. His TWiT network runs a whole bunch of shows, from Cyber Security to iOS to daily tech news. I consider This Week in Tech to be the weekly tech news podcast. 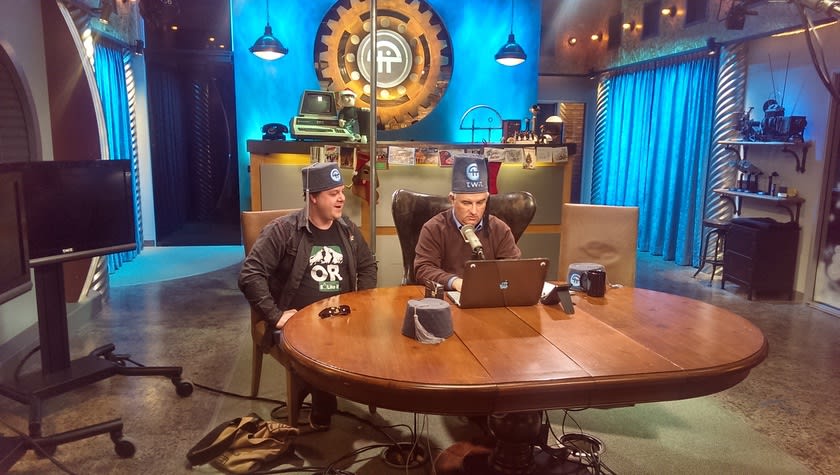 Marco Arment, Casey Liss, and John Siracusa, a trio of well-known software developers, writers and producers, run this very special show. It's both sarcastic, and optimistic, and all-doom-and-gloom at times, but then it's something else completely. It's all over the place in the best sense possible. It is quite heavily Apple-leaning, since hosts been covering Apple or working with Apple stack for decades. Marco Arment, for instance, is the person responsible for Overcast, without a doubt the best podcast app out there.

I couldn't skip Indie Hackers, although this is probably one of the podcasts that I'm not entirely sure I like :) Sometimes it's a lot of hype, and guests are this self-made kind of know-it-alls, but then they strike gold with a meaningful, inspiring, and overall great conversation with someone who's humble because they truly know their stuff. Hit and miss, in short, but still worth a sub.

As we all know, Apple invented podcasts. To exactly no one's surprise, Apple is heavily covered by dozens of different shows. The company is beloved by some, and despised by others, but I really don't know a single person who's completely indifferent towards Apple.

This is the oldest Mac and Apple show in existence; I remember watching one of the first ever HD videos I've ever watched, like, 50 years ago or something, and this first video was one of the how-to episodes of MBW (I still remember the opening score along with the video, and how long it took to download, and how very jittery it was on my old computer). One of my all-time favorites.

Co-founder of Relay.fm network Myke Hurley and his legendary co-host Jason Snell, in a heavily Apple leaning show about tech. They tend to look at all the tech scene through Apple glasses, and they do a great job spinning Apple stuff.

Rene Ritchie of iMore runs this (almost) daily (and sometimes twice-a-day) show about personal tech in general and Apple tech in particular. Rene is great at explaining things, and usually he gets to the bottom of whatever he's talking about before actually talking about it.

A unique mix of perspectives and accents. Apple-focused, this show offers a great deal of commentary and opinions you might disagree with. Just saying :)

Googleverse is of course a thing, and quite a few exciting things go on in this universe at any given moment.

This actually is quite a show. It is called This Week in Google, but man, do they ever stick to the topic! I mean it as a compliment, really: tha show is broader then just Google news, and covers everything even remotely related to Google, or Google's tech, or Google's potential tech, or future of technology, or whatever is exciting today :)

Two people known for their other shows, Andy Ihnatko of MacBreak Weekly and Florence Ion of All About Android, joined forces to create Material Podcast. All things Android, with quite a bit of easygoing fire-side chatter and entertaining points of view.

Along with Android Central's podcast, this is probably the Android show for the Android faithful. When a bunch of people passionate about Android, get together and spill their frustrations and excitement and hopes and experiences, no matter what you think about Android, you're in for a great show.

In recent years, Microsoft shifted a lot from a consumer-focused operating system and office software powerhouse, to a consumer and enterprise cloud and services company (with amazing consumer devices division, I must add!) In my personal opinion, this incredible turn of events doesn't get enough love and attention, but then again, data lakes and Azure Active Directory probably have a rather narrow audience. Nevertheless, a few shows do an excellent job covering all things Microsoft.

If you're looking for some friendly venom from people covering Microsoft professionally, look no further. Sometimes I wonder why all the sarcasm, but then hosts go in-depth explains what's going on, why, since when, and what's next.

This is a bit meta. My colleague Christina Warren basically sums up all things Channel 9, Microsoft's outgoing stream of news, feature update talks, tech discussions, blog posts and so on. I also recommend Channel 9 in its entirety, but be ready, it's a lot of great content.

Another quality show around all things Windows and Microsoft. More on the consumer side, I'd say, but it doesn't mean you don't get a comprehensive, in-depth look inside what's up and coming in Microsoft universe.

This last category of shows is more on a general side of things, and not necessarily directly related to tech or software development. Still, these are excellent general interest shows.

One of the best popular science podcasts out there. I really wished it was more regular and I definitely would like to see more episodes more often. But honestly, I'm not sure one can produce more content of this quality without sacrificing depth of the research and all the things that come in before you even begin recording.

For all of us space fans and enthusiasts, this is the space show. Latest news, tech advancements, plans and the reality of the space age, all the things we love and enjoy, nicely packed and unraveled by people with deep passion for space.

A little bit on a corporate side of things, but nevertheless informative in general for those following SaaS and tech industry. A lot of really huge names stopped by Intercom's virtual studios to share their journey to success.

This one is again a more on a general interest side of things. Still, it's a lot of fun and inspiration, and thought-provoking conversations, neatly packed in a 30-60 minutes.

Simple and interesting way to convert from base 10 using recursion