This article will provide an initial setup to better understand and configure a continuous integration and delivery architecture (CI/CD). In a world where each tool overlaps the next, we want something simple, reliable, and easy to maintain. That’s why GitLab was chosen, as it provides a set of tools that would have to be externally added otherwise.

This guide assumes none of the tools mentioned in the title were either installed or configured.

Let’s start by installing the Angular CLI globally. Check https://nodejs.org/en/download/ if NodeJS and npm are not installed.

Angular will set up everything you need for your application, including initial test setup.

Run the following, to run the unit tests.

And the following, for the end to end tests.

To run a server.

When an application is created with the Angular CLI, a git repository is also created.

Create an account at https://about.gitlab.com/ and then a New Project. 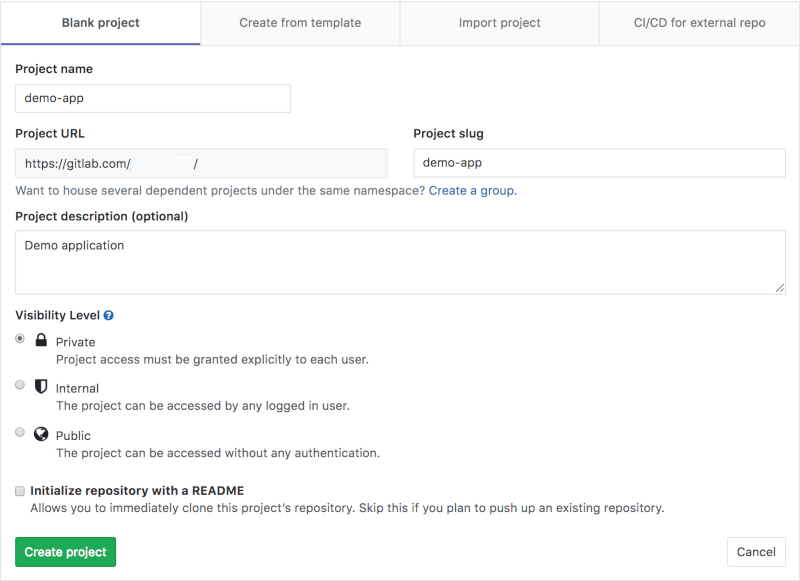 Once you’ve set up your empty repository, a list with several options regarding your local git configuration will show up.

Let’s configure the previously created GitLab repository to be our Angular application origin.

This is a serverless platform that allows you to build highly scalable applications. Create an account at https://cloud.google.com/appengine/.

Similarly to other services, Google Cloud asks for a credit card upon the creation of an account, and also, as other services do, they provide an amount of credit ($300) for you to explore the platform. The trial period lasts for one year, or until the provided credit is used up.

Create a new project. Below is our project’s definition. 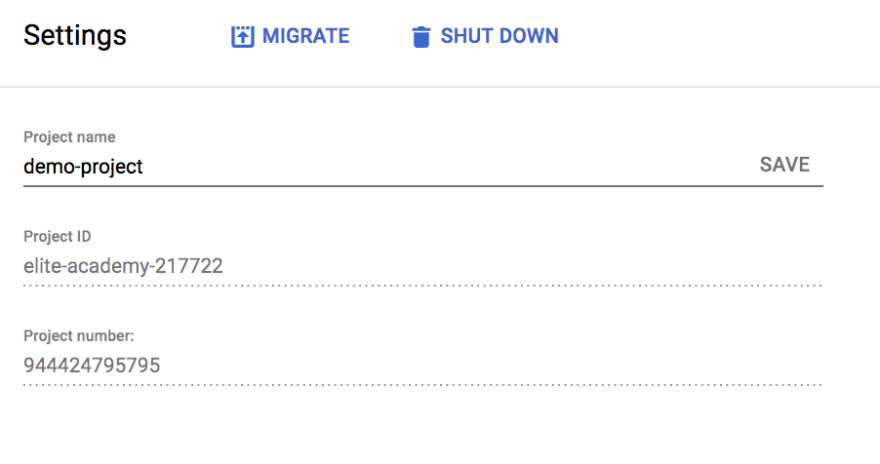 Once the project is ready, a set of options similar to the ones below will be available.

Now we’re going to create an application. Click **Create Application and **choose a region for your app. 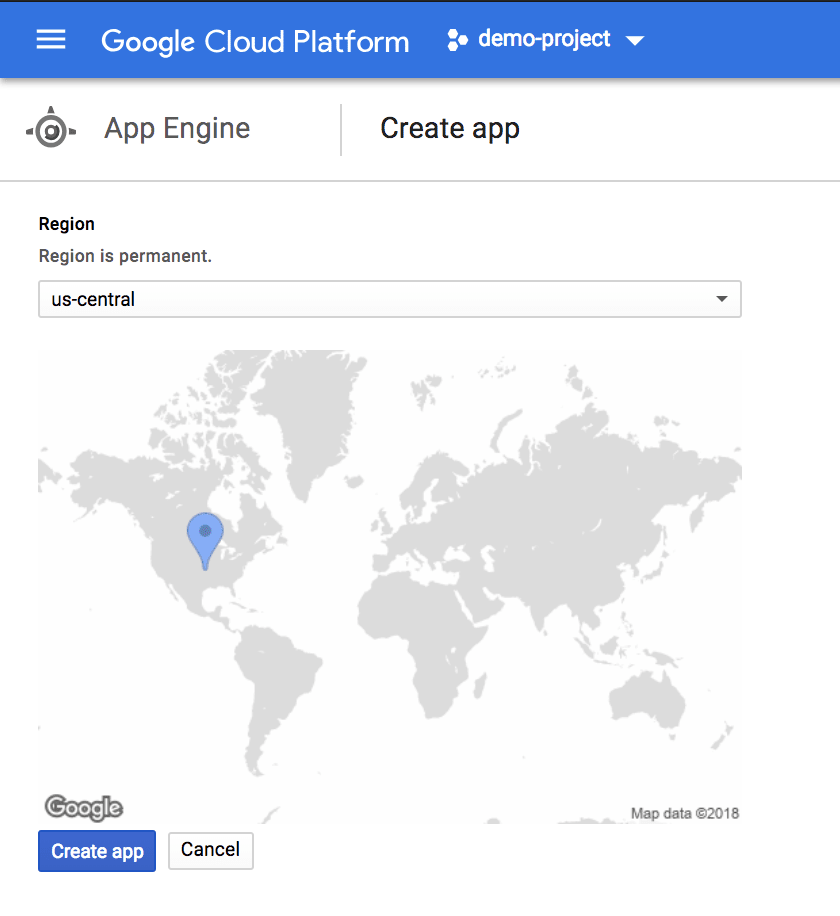 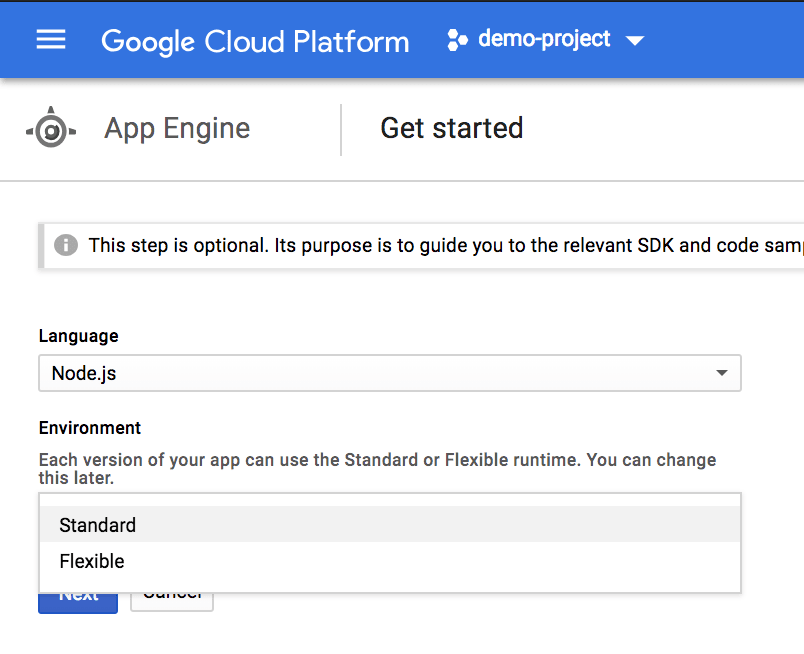 Et voilà! We have created our application!

Before continuing, we want to make sure the deploys are working properly, so we’re going to deploy our Angular Application, using two different configurations, via command line.

First, we need to build our application.

We also need to create an app.yaml. This is the deployment configuration for Google App Engine.

To learn a bit more about the available configuration options take a look at https://cloud.google.com/appengine/docs/standard/python/config/appref

Second step, is to install the Google Cloud SDK. Follow the steps at https://cloud.google.com/sdk/ so that we can deploy our application via command line.

Run the following command to initialise and set a new configuration. Choose one that’s associated with your user.

Once that’s set, run the command below to deploy and follow the instructions.

Navigate to Google App Engine console, go to IAM & admin. **There we’ll find a list of users/members and their respective roles. Since we want to deploy our Angular application via GitLab’s CD, we need to add a **service account. 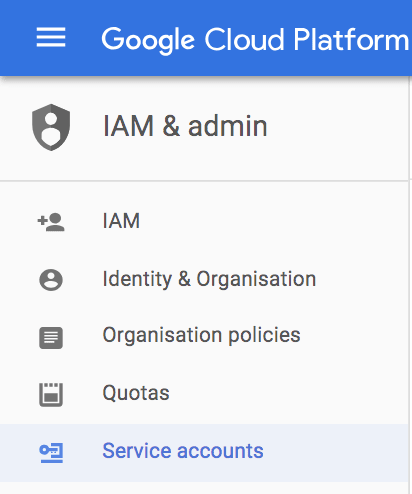 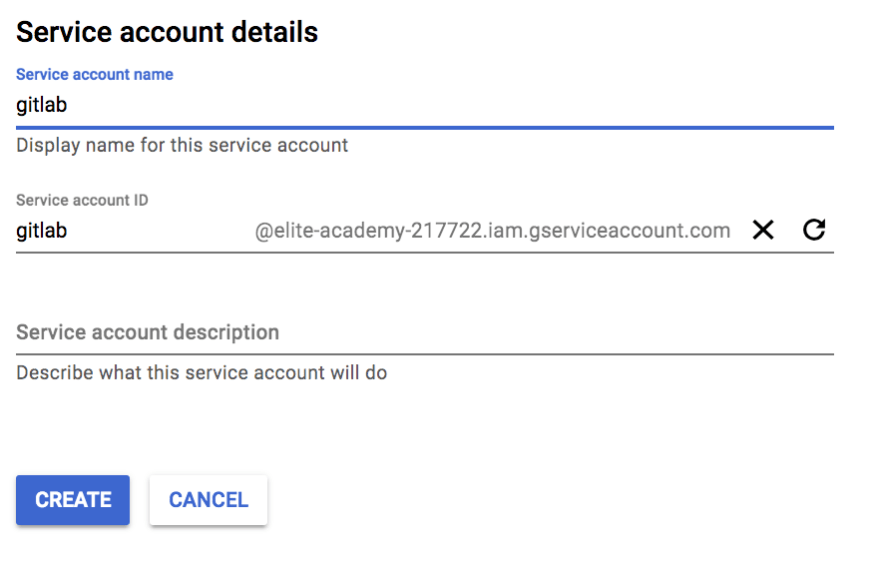 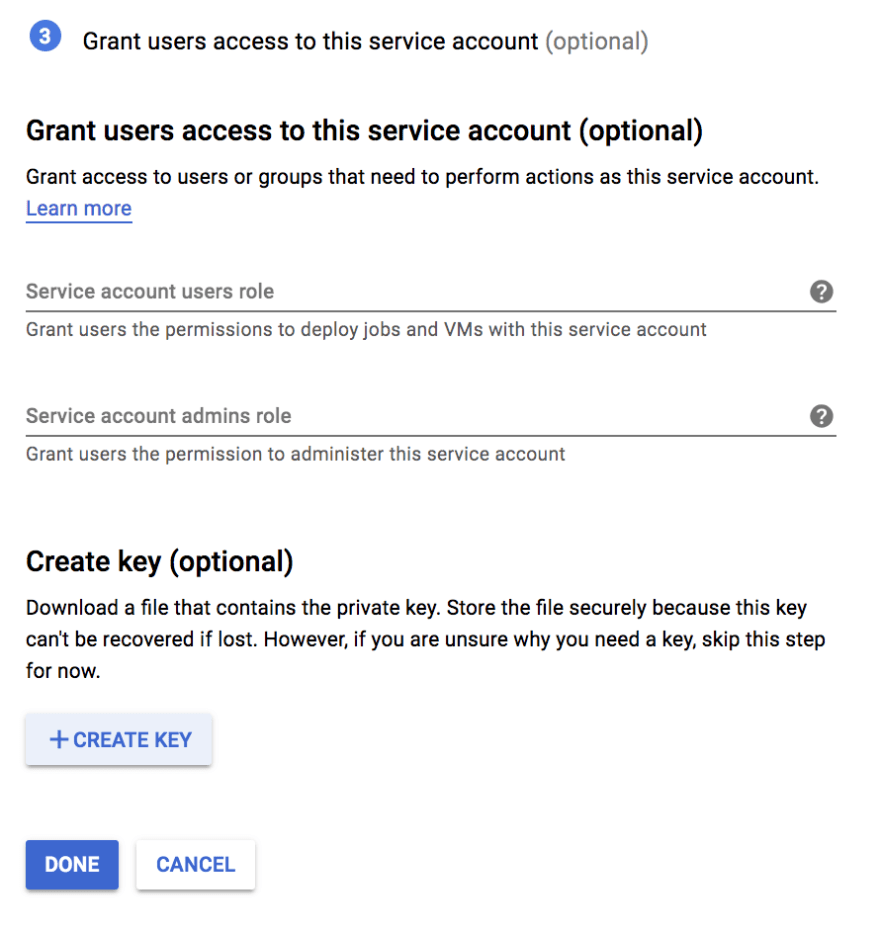 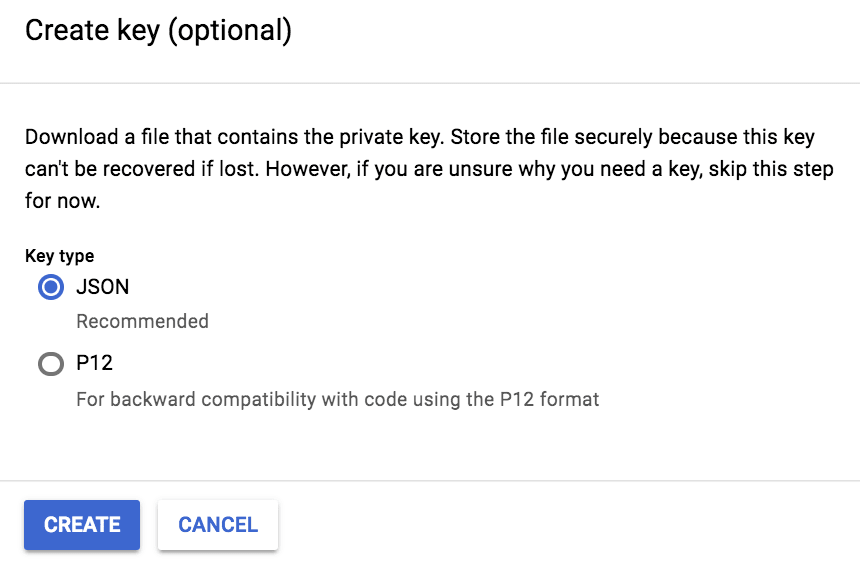 Now that we’ve set up our Google App Engine side of things, we can deploy our Angular application using the Service Account. Run the following commands, the first is to authenticate using the service account, and the second is to deploy the Angular application. The option “— project” is the Project ID.

Before activating the GitLab’s CI let’s change the way tests are run. If you recall, when you ran

A browser is opened and the test is performed. However, this is not supported by the GitLab’s CI. To overcome this we’re going to use a headless browser.

Test with Headless browser via Puppeteer

Install puppeteer and it will also install headless Chromium.

Now we need to update karma.conf.js that is responsible for ng test.

To automatically activate GitLab’s CI we need to add a file with the jobs to run. In this particular case we’re going to run two jobs, one for each test command.

Create a file with the name **.gitlab-ci.yml **at the root of demo-app, with the following content.

Let’s go through the above configuration:

Push all the previous updates to the repository and check GitLab’s Pipeline under CI/CD. 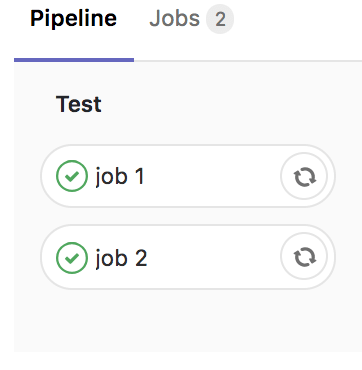 Let’s create a release to check our release job. In GitLab, on the side menu under Repository you’ll find Tags. 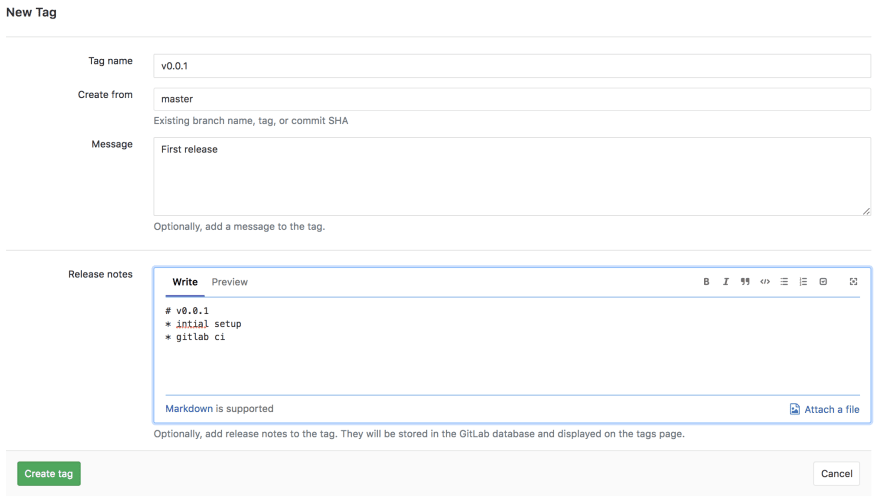 Our first release is created 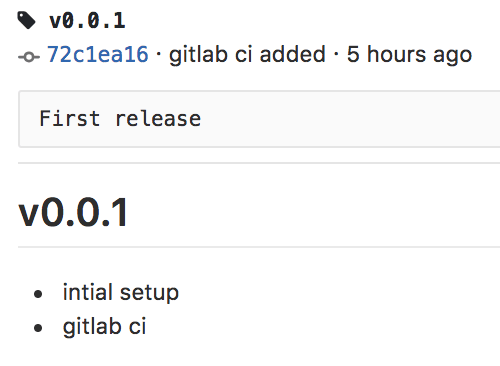 Let’s click the link within the git reference associated with the release, and then click the pipeline option. Our pipeline now has an additional step, build.

Under tags you have the option to download your newly built release. You can do so by choosing Download ‘release_job’.

Now that everything is set, we are going to configure Manual deploys from GitLab **to Google App Engine**. It could be automatic whenever a release is built, but people make mistakes, so we’re going to set it to manual mode.

To do that, there are two things we need to do: configure environment variables and update .gitlab-ci.yml to run our deploy commands.

Under the settings menu in our GitLab project we’ll find the Variables menu, click expand.

The main addition was the deploy stage, however some other changes were introduced regarding the job names and script execution.

The before_script was moved inside each job, this means it will run for job:test and job:e2e but not for deploy:production.

Let’s go through the job deploy:production:

The next time we create a release/tag, we’ll have something new in our pipeline.

Press play and the Angular application will be deployed to Google App Engine via GitLab’s CD.

At Runtime Revolution we take our craft seriously and always go the extra mile to deliver a reliable, maintainable, and testable product. Do you have a project to move forward or a product you’d like to launch? We would love to help you!

OpenShift For Managed Kubernetes: Up and Running Guide

A Comprehensive Guide to DevOps Lifecycle

Your nearshore development team, fully focused on your goals.

Our skilled team of developers and designers will help your company in achieving your goals.

Let's Work Together
Cloud Costs Are a Risk to Your Business: Here’s How to Protect Yourself
#cloud #devops #kubernetes
How to Create Modern Cards in Chakra UI & React JS ⚡️
#react #tutorial #webdev #productivity
What is the most rewarding part of your job?
#discuss #career