JavaScript being single-threaded, should not be blocked for long-running tasks.
Callbacks are the answer to execute such tasks without blocking the main thread. However, they cause Inversion of Control. The invocation of callbacks is passed to a function over which you do not have control.

Async/Await solves that problem. In this article, we would compare the same example and break down the similar working of the async/await function with the help of generators.

Things to note about async functions -

In the above snippet, the invocation of the async function returns us the data, without having to do a .then over the two promises returned from the fetch API and its parsing process.

Generators are functions that do not run to completion. They can be paused and resumed. Until the function is completed, its context is preserved. It returns a generator object which has the information about the function context. It can be inspected by logging an execution of a simple generator function. This helps us write asynchronous code in a somewhat synchronous manner. 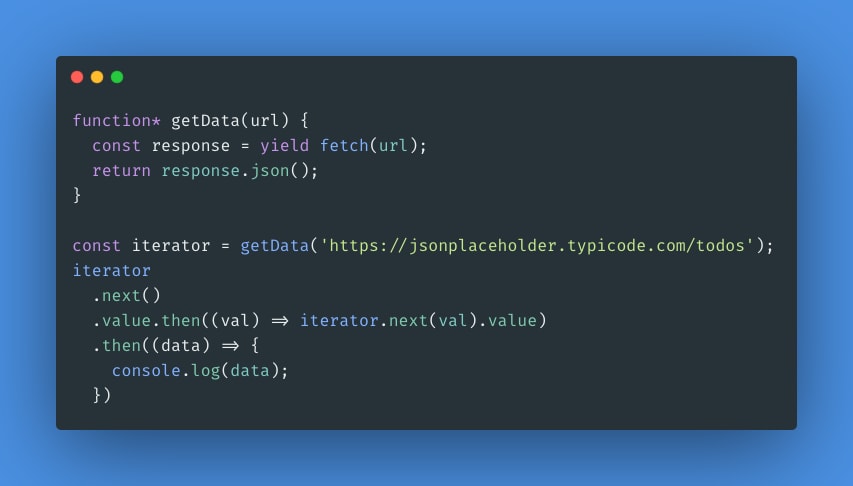 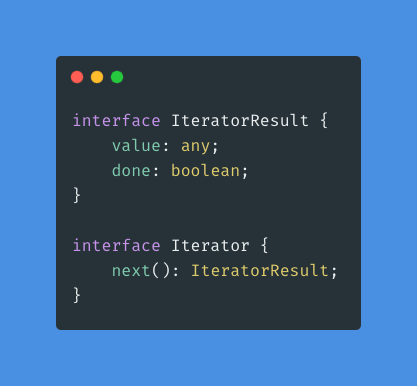 Understanding the generators is essential for the last part of the article. It is where Promises and Generators will be composed to create our own async/await implementation.

The above code snippet is analogous to the async/await code snippet at the top. Here is the breakdown of the steps - 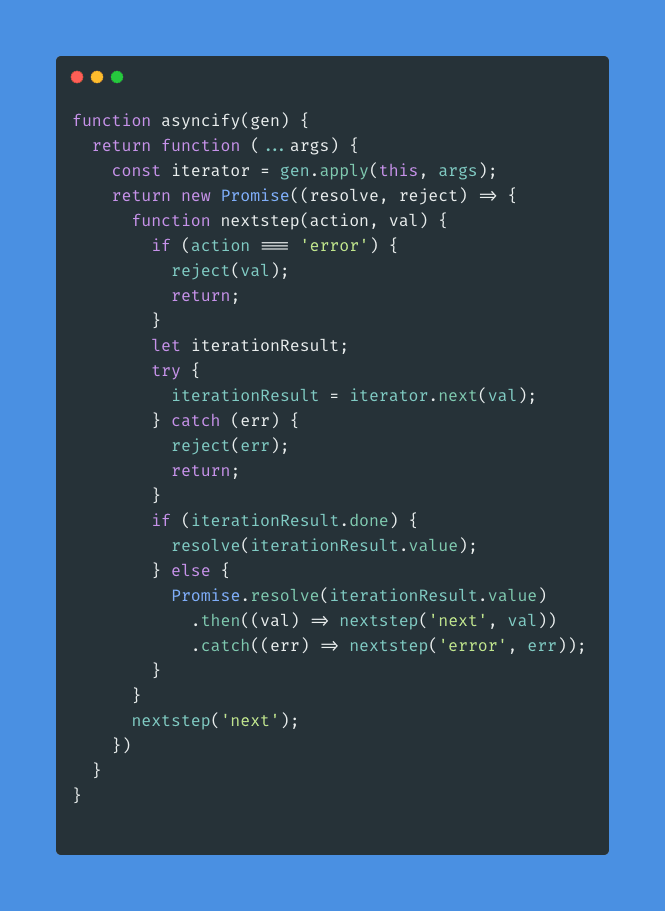 All above snippets can be run here
Reference: ExploringJS