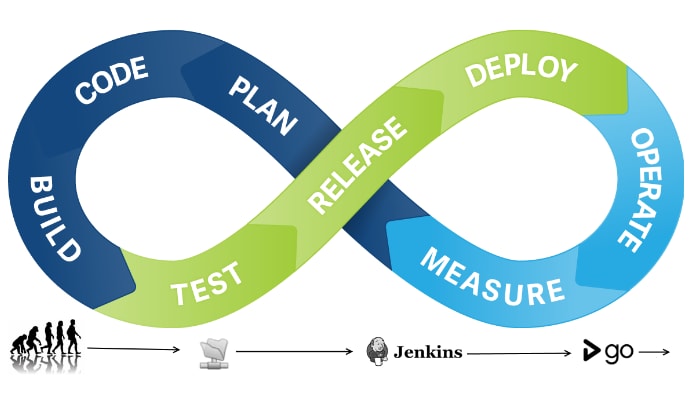 First, Let's have simple Hello world project in our local machine and initialize git. Once done push our code to remote repository. Next, We will write simple Jenkins Job so that It will trigger and deploy our code to dev server.We will create two different aws instance for jenkins and dev. Remember, we will run jenkins application inside Docker Container so that we donot have to go through manual installation.

Let's Bring It To Life

Create a webhook so that jenkins jobs would trigger or look for changes whenever code is pushed to specified branch.

Secret Key: Secret Key so that github can access jenkins.

Which events would you like to trigger this webhook? : Depends on events you prefer. I have just checked for pushed event i.e. job is triggered whenever something is pushed to github master branch. (For specific branch name you can mention it from jenkins).

Update Webhooks. That's it inside Github.

Voila! you can then run jenkins, Install suggested plugin (default). Fill the required credential and set your first job set!

Step 2: Add some Description and give the github repository url from where jenkins would fetch your project.

Step 3: Write some shell script to deploy your code inside dev-server.

To establish, a connection between jenkins and dev instance we need to add jenkins public key to dev authorized key.

In jenkins instance run ssh-keygen to generate the .pub key and copy public key from .ssh/ to dev ./ssh/authorized_keys.

Once, the scripting part is done let's save and build our job. After successful job build we can access our deployment server from our browser and see the changes made.

This is just a simple example we have done, just to understand the workflow of CI/CD.

Do you use caching in your CI/CD pipelines?

Creating a Local Kubernetes Cluster from the Ground Up

Controlling Procrastination and Get Your AWS Solution Architect Professional Certificate