Let us have a beautiful story.

This parable is told of a farmer who owned an old mule. The mule fell into the farmer’s well. The farmer heard the mule praying or whatever mules do when they fall into wells.

After carefully assessing the situation, the farmer sympathized with the mule, but decided that neither the mule nor the well was worth the trouble of saving. Instead, he called his neighbors together, told them what had happened, and enlisted them to help haul dirt to bury the old mule in the well and put him out of his misery.

Initially the old mule was hysterical! But as the farmer and his neighbors continued shoveling and the dirt hit his back, a thought struck him. It suddenly dawned on him that every time a shovel load of dirt landed on his back, HE WOULD SHAKE IT OFF AND STEP UP!

It wasn’t long before the old mule, battered and exhausted, stepped triumphantly over the wall of that well! What seemed like it would bury him actually helped him … all because of the manner in which he handled his adversity.

THAT’S LIFE! If we face our problems and respond to them positively, and refuse to give in to panic, bitterness, or self-pity.

In this lesson, we'll learn about dropout, which is another technique that can also help us avoid overfitting. 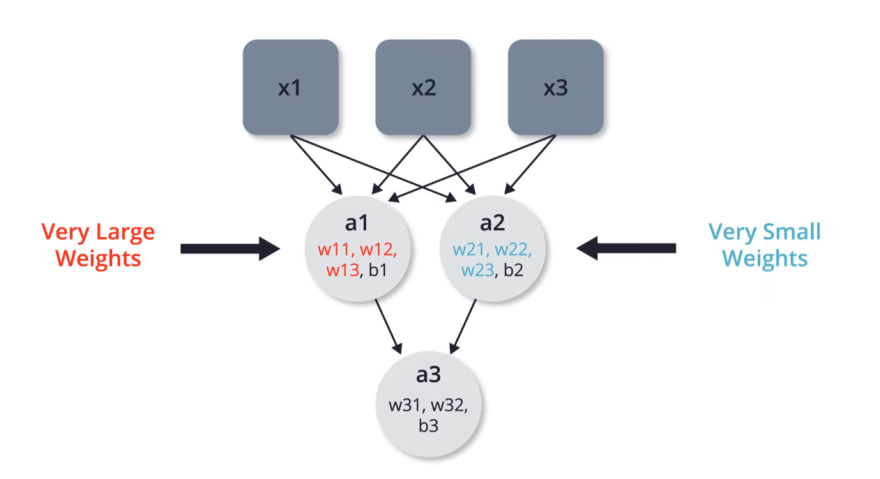 This results in the parts having the larger weights playing a major role in the training process, while the other parts with smaller weights won't play much of a role and they don't get trained very much.

One way to avoid this from happening, is to perform dropout. 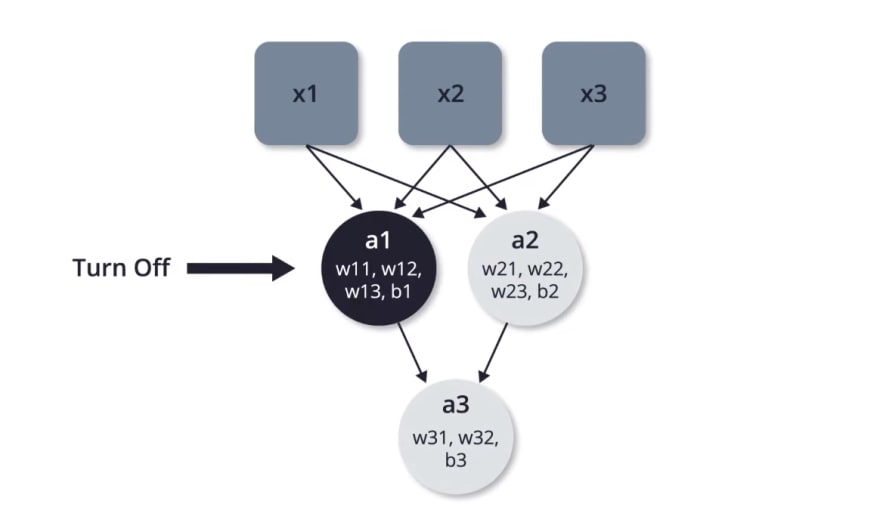 For example, let's suppose in the first epoch we choose not to use these two neurons. 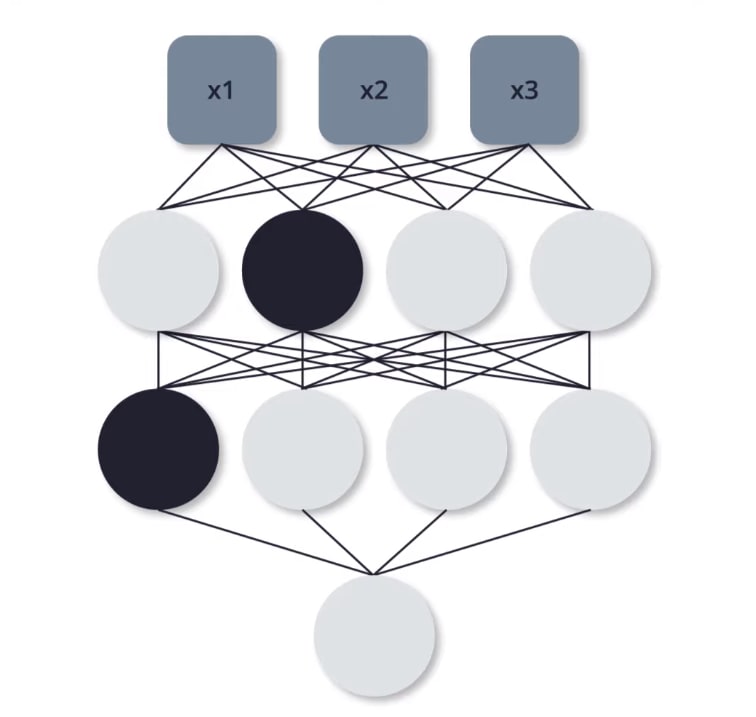 So we do our feedforward and our backpropagation passes without using these neurons. The second epoc we choose not to use these three neurons. 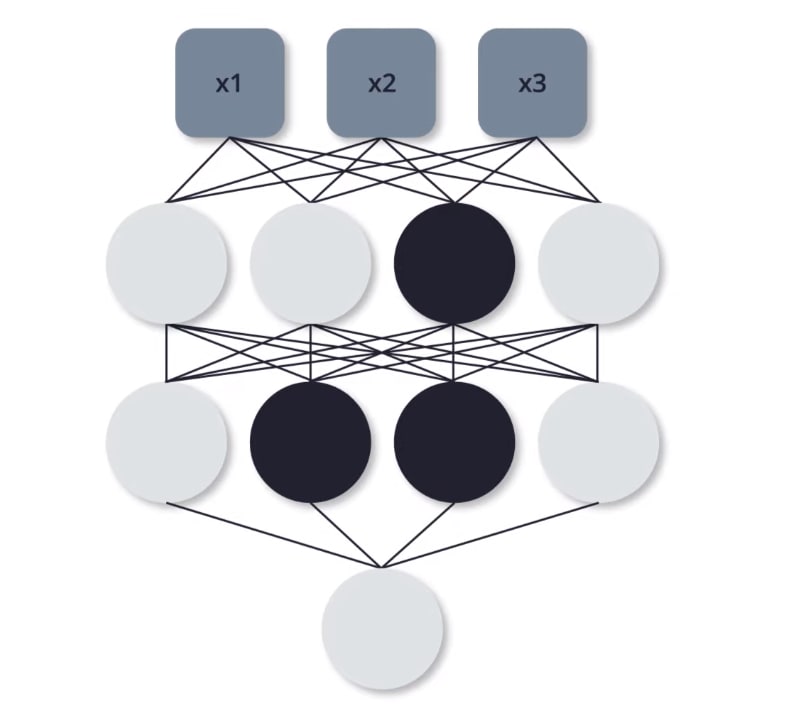 Again, we do feed forward and back-propagation passes without using those neurons, and then the third epic which is not to use these two neurons. 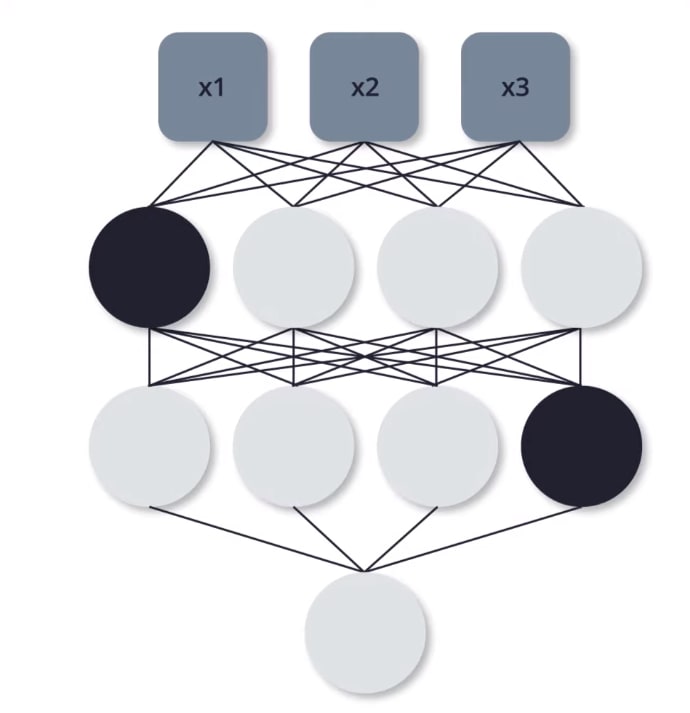 Again, we do feed forward and back-propagation passes without using the neurons and so on. By training our neural network in this way, we can avoid overfitting.

Other Techniques to Prevent Overfitting

In this lesson we saw three different techniques to prevent overfitting:

You can read more about these and other techniques in the link below: Memorizing is not learning! — 6 tricks to prevent overfitting in machine learning

Summary In this lesson we learned how Convolutional Neural Networks work with color images and saw various techniques that we can use to avoid overfitting . The main key points of this lesson are:

Very much interested in working with a space exploration team. Well I couldnt get anywhere with my "ET" love. interested in human body anatomy. Again not a doctor. Currently fullstack dev

5 tips if you want to study in a coding Bootcamp

How do you improve your programming skills?