How is the sunday going there? Corona there yet?
This is going to be the 10th post in the series.
Lets get to the topics without furthor ado.

We'll now take a look at the other key concept in convolutional neural networks called max pooling. In short, max pooling is just the process of reducing the size of an input image by summarizing regions. Let's see how this works concretely with an example.

In order to perform max pooling, we need to select 2 things,
a grid, which is the pool size, and a stride.

For this example, we're going to use a two-by-two pixel grid that we can see here in orange. 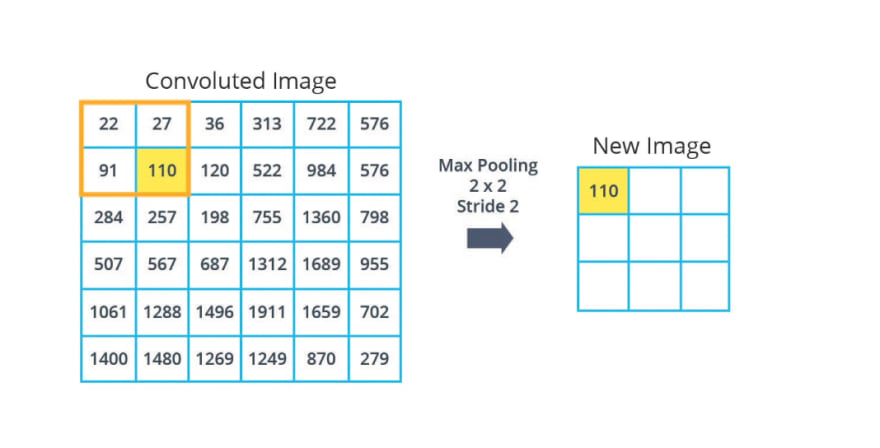 We then look at the pixels inside our orange grid, and select the pixel with the greatest value.

The other parameter we use is called the stride. The stride determines the number of pixels to slide the window across the image. 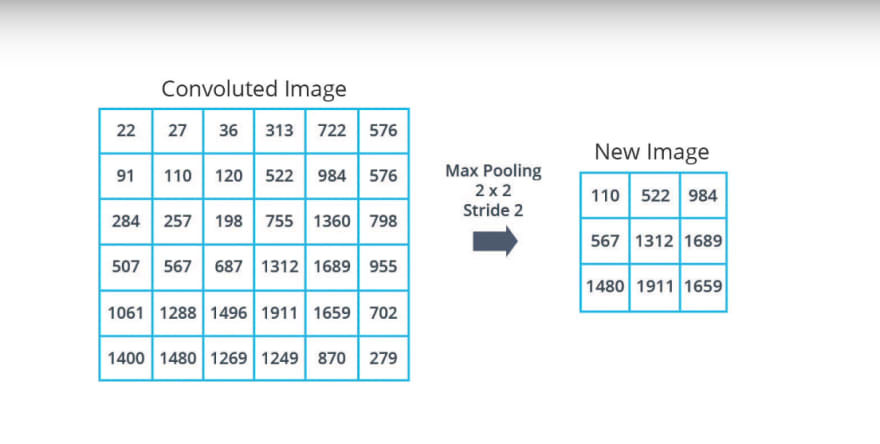 Here are some of terms that were introduced in this lesson:

CNNs: Convolutional neural network. That is, a network which has at least one convolutional layer. A typical CNN also includes other types of layers, such as pooling layers and dense layers.

Convolution: The process of applying a kernel (filter) to an image
Kernel / filter: A matrix which is smaller than the input, used to transform the input into chunks

Padding: Adding pixels of some value, usually 0, around the input image
Pooling The process of reducing the size of an image through downsampling.There are several types of pooling layers. For example, average pooling converts many values into a single value by taking the average. However, maxpooling is the most common.

Maxpooling: A pooling process in which many values are converted into a single value by taking the maximum value from among them.

Stride: the number of pixels to slide the kernel (filter) across the image.

Downsampling: The act of reducing the size of an image

If you want to know more details about how CNNs works make sure to check out this Comprehensive Guide to Convolutional Neural Networks.

Once suspended, sandeepbalachandran will not be able to comment or publish posts until their suspension is removed.

Once unsuspended, sandeepbalachandran will be able to comment and publish posts again.

Once unpublished, all posts by sandeepbalachandran will become hidden and only accessible to themselves.

If sandeepbalachandran is not suspended, they can still re-publish their posts from their dashboard.

Once unpublished, this post will become invisible to the public and only accessible to Sandeep Balachandran.

Thanks for keeping DEV Community 👩‍💻👨‍💻 safe. Here is what you can do to flag sandeepbalachandran:

Unflagging sandeepbalachandran will restore default visibility to their posts.