jq is an excellent little tool that lives in your terminal and does useful stuff with JSON-data. It’s a potent tool, but handy for the little things as well. For example, if you pipe JSON data to it, it prints it with syntax highlighting 🔦 by default:

You can install jq on most systems (brew install jq on a mac with homebrew / chocolatey install jq on windows with chocolatey). This post presents a more advanced jq technique, but if you want to get the basics, you should check out the tutorial.

jq works with any JSON source, but since I’m spending most of my days working with Sanity.io-based backends, I’ll use that as an example. Also because I think it’s immensely cool what we can do with this combination.

Sanity is a backend for structured content and comes with a real-time API, and a query language called GROQ. The CLI tool that lets you query your backend and output the result in the terminal with $ sanity documents query 'GROQ-expression'. 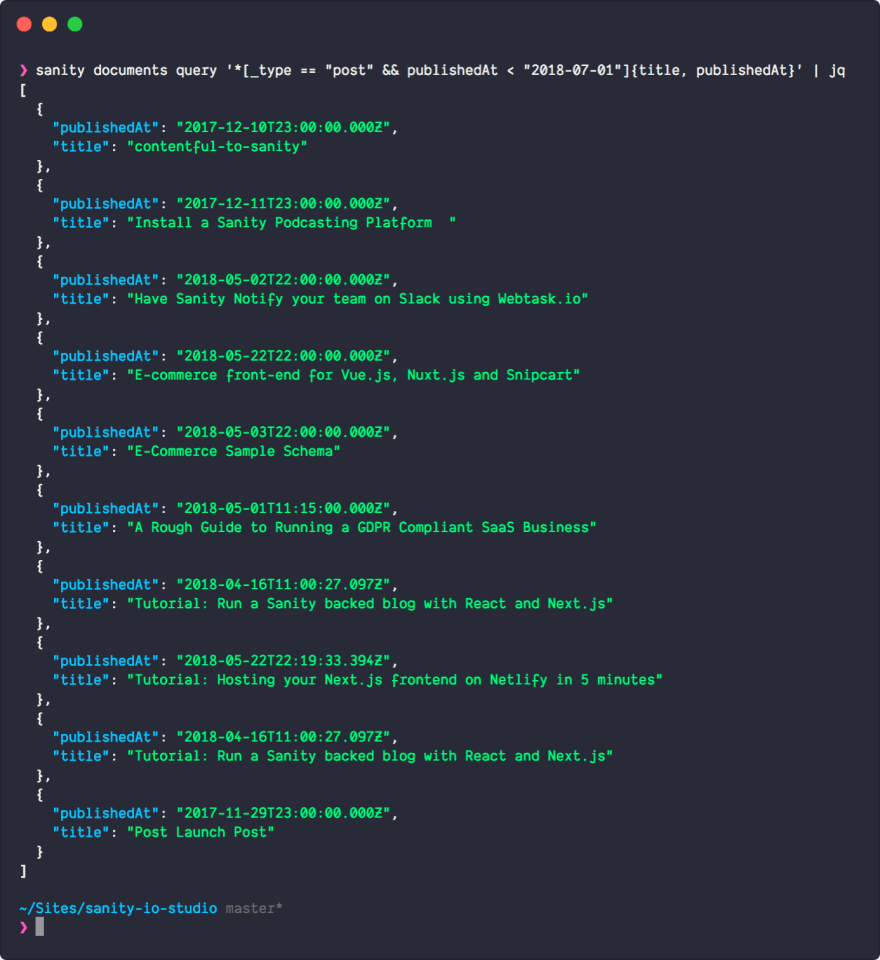 You can pick out keys and values from JSON data in jq as well, but today we’re going to use it to transform structured content in an JSON array to a CSV file. Because your boss wants stuff in Excel sheets, right? Sit tight, and let’s dive in! 🏊‍♀️

Let’s say you want a list of your blog entries’ titles, slugs and publish dates in a spread sheet. The whole expression would look like this:

You can copy this and run with it or play with it on jqplay.com, but let’s see what’s going on in the jq-expression:

This command prints out the result in the shell, but if you want to write it directly to a file, you can append > filename.csv to it, or e.g. to the clipboard (pipe it to | pbcopy if your on a mac). Or perhaps you'll do something exiting with the csv in pandas 🐼🐼 in Python?

If you found this useful, I'd love to hear about it!