While third-party authentication services like Google Firebase, AWS Cognito, and Auth0 are gaining popularity, and all-in-one library solutions like passport.js are the industry standard, is common to see that developers never really understand all the parts involved in the authentication flow.

This series of articles about node.js authentication, are aimed to demystify concepts such as JSON Web Token (JWT), social login (OAuth2), user impersonation (an admin can log in as a specific user without password), common security pitfalls and attack vectors.

Also, there is a GitHub repository with a complete node.js authentication flow that you can use as a base for your projects.

The requirements for this project are:

When a user is created, the password has to be hashed and stored in the database alongside the email and other custom details (user profile, timestamp, etc)

Notice that we also create a salt for the password. A salt is random data that is used as an additional input to the hashing function, also the salt is randomly generated for every new user record.

How to create a Sign-In 🥈 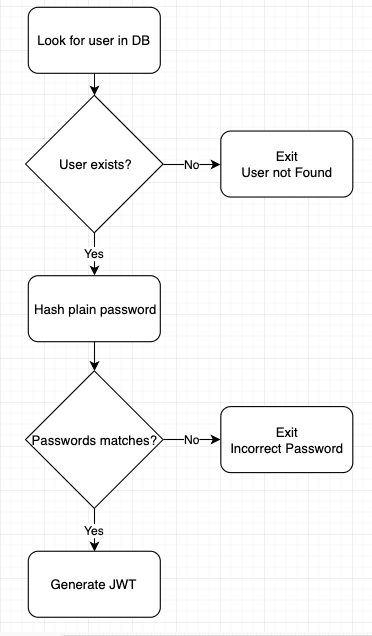 When the user performs a sign in, this is what happens:

The password verification is performed using the argon2 library to prevent 'timing-based attacks',
which means, when an attacker tries to brute-force a password based in the solid principle of how much time takes the server to respond.

In the next section, we will discuss how to generate a JWT

A JSON Web Token or JWT is an encoded JSON object, in a string or Token.

You can think it as a replacement of a cookie, with several advantages.

The data of the JWT can be decoded in the client side without the Secret or Signature.

This can be useful to transport information or metadata, encoded inside the token, to be used in the frontend application, such as things like the user role, profile, token expiration, and so on. 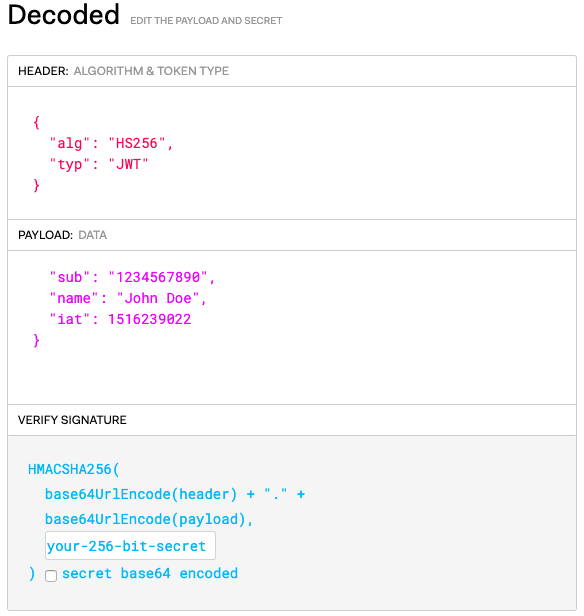 How to generate JWT in node.js 🏭

By using the library jsonwebtoken, that you can find in npmjs.com, we are able to generate a JWT.

The important here is the encoded data, you should never send sensitive information about the user.

The signature is the 'secret' that is used to generate the JWT, and is very important to keep this signature safe.

If it gets compromised, an attacker could generate tokens on behalf the users and steal their sessions and.

The frontend code is now required to send the JWT in every request to a secure endpoint.

A good practice is to include the JWT in a header, commonly the Authorization header.

Now in the backend, a middleware for the express routes has to be created.

Is very useful to have a middleware to get the complete current user record, from the database, and attach it to the request.

Now the routes can access the current user that is performing the request.

The route 'inventory/personal-items' is now secured, you need to have a valid JWT to access it, but also it will use the current user from that JWT to look up in the database for the corresponding items.

Why a JWT is secured ?

A common question that you may have after reading this is:

If the JWT data can be decoded in the client side, can a JWT be manipulated in a way to change the user id or other data ?

While you can decode a JWT easily, you can not encode it with new data without having the 'Secret' that was used when the JWT was signed.

This is the way is so important to never disclose the secret.

Our server is checking the signature on the middleware IsAuth the library express-jwt takes care of that.

Now that we understand how a JWT works, let's move on to a cool advance feature.

How to impersonate a user 🕵️

User impersonation is a technique used to sign in as a specific user, without knowing the user's password.

This a very useful feature for the super admins, developers or support, to be able to solve or debug a user problem that is only visible with his session.

There is no need in having the user password to use the application on his behalf, just generate a JWT with the correct signature and the required user metadata.

Let's create an endpoint that can generate a JWT to log in as a specific user, this endpoint will only be able to be used by a super-admin user

First, we need to establish a higher role for the super admin user, there are many ways to do it, a simple one is just to add a 'role' property on the user record in the database.

That middleware needs to be placed after the isAuth and attachCurrentUser middlewares.

Third, the endpoint that generates a JWT for the user to impersonate.

So, there is no black magic here, the super-admin knows the email of the user that wants to impersonate, and the logic is pretty similar to the sign-in, but there is no check for correctness of password.

That's because the password is not needed, the security of the endpoint comes from the roleRequired middleware.

While is good to rely on third-party authentication services and libraries, to save development time, is also necessary to know the underlayin logic and principles behind authentication.

In this article we explored the JWT capabilities, why is important to choose a good cryptographic algorithm to hash the passwords, and how to impersonate a user, something that is not so simple if you are using a library like passport.js.

In the next part of this series, we are going to explore the different options to provide 'Social Login' authentication for our customers by using the OAuth2 protocal and an easier alternative, a third-party authentication provider like Firebase.

I will not try to sell you anything, I promise

And don't miss my previous post, I believe you will love it :) 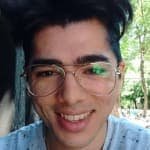 Read my research on the most downloaded frontend framework, the result will surprise you!

Once suspended, santypk4 will not be able to comment or publish posts until their suspension is removed.

Once unsuspended, santypk4 will be able to comment and publish posts again.

Once unpublished, all posts by santypk4 will become hidden and only accessible to themselves.

If santypk4 is not suspended, they can still re-publish their posts from their dashboard.

Once unpublished, this post will become invisible to the public and only accessible to Sam .

Thanks for keeping DEV Community 👩‍💻👨‍💻 safe. Here is what you can do to flag santypk4:

Unflagging santypk4 will restore default visibility to their posts.