Week 5 of my virtual internship with HAX was pretty relaxed. As I mentioned in week 4’s post, I am currently doing two internships, which slowed down my work for HAX. Although I have taken a step back, I am still trying to do some light work here and there. One thing I did was move some of the wireframes I sketched out onto the computer. I used Adobe XD to create them, and you can see what they look like down below.

An example of one of the prototypes I made with an animation displaying how it would operate.

Another thing I have been working on is user personas. I am still gathering information to construct all of the possible personas. Once I collect enough information, I will format them into a document with a name, picture, age, etc. to make them more realistic.

Last week, I familiarized myself with the company, along with starting my first task. At the beginning of this week, I finished up my first task with user testing. A quick summary of the job was to create questions, which I did in week 4, to ask the users while they are completing an objective. Coming up with the questions was the most challenging part for more information on what I thought, you can read last week’s post. After completing the questionnaire, we put it up live on usertesting.com for random people to test. One cool feature about the website is that you can filter out who is allowed to take the test. In this scenario, we picked two cohort groups to examine. The two groups were people from the ages of 25-50 and 50+. By looking at these two audiences, we wanted to compare and contrast the two to see if there were any distinguishable differences between them when completing the same tasks. Once all of the results came in, I watched all of the user testing videos and wrote down notes about each one. After writing bullet points for each video, I looked for trends between the two user groups. I added all of the information into Google Sheets and created graphs for better visualization. 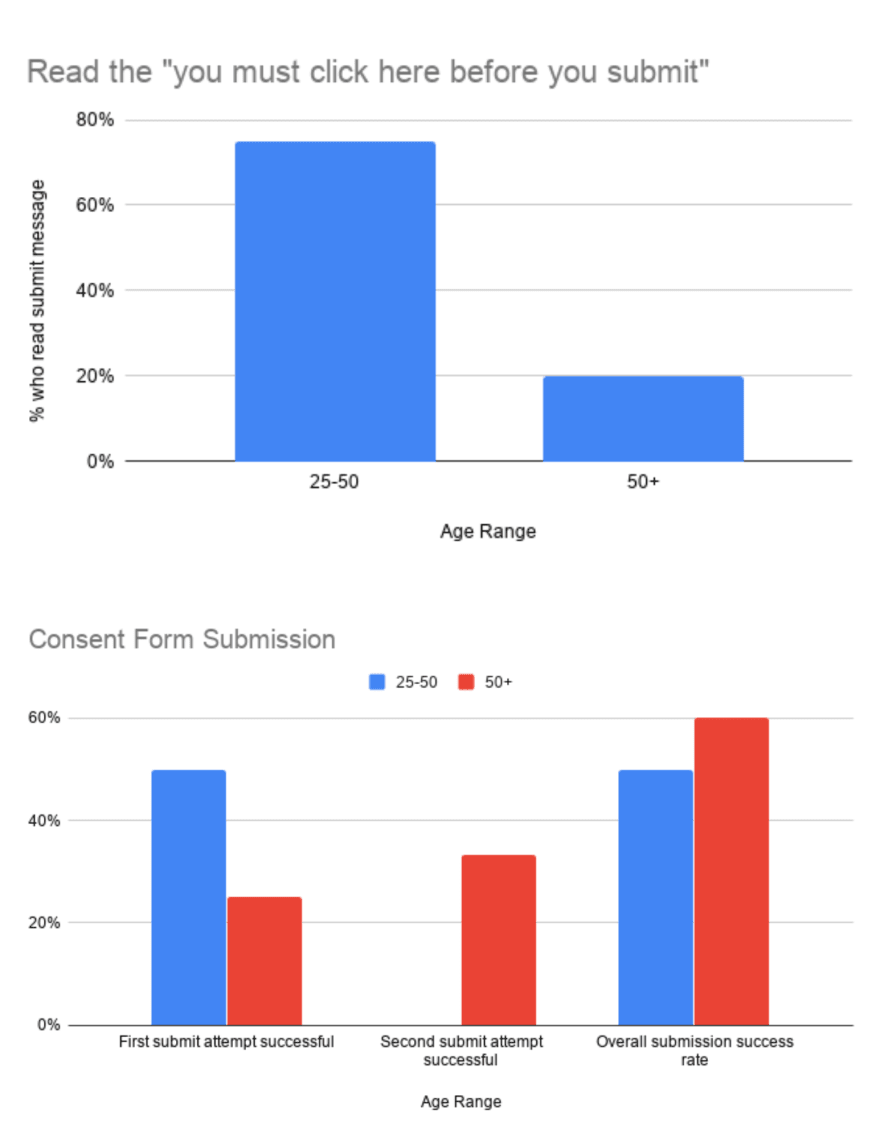 Overall, both groups were relatively consistent, and no group did a superior job. There was one task that stumped all of the users, and that was submitting a form. When submitting, they had to sign electronically, but they had to open and click on a waiver before they could consent. The instructions were in bold and stated: “before submitting, you must open and click here.” However, many of the users did not do so and thought there was an error with the website. We were not surprised by this and assumed many people were going to run into that problem. Our hypothesis was correct, and having users confirm it along with data, proves we need to reconstruct the form.

My first task is now complete, and I have to say I enjoyed it. I found it interesting to look at how users behave and their thoughts when using a system, website, app, etc. A lot of user experience is about research and often overlooked, but it is a crucial step because you need to understand the user to solve their problems. I hope to join more UX projects throughout this internship as it may be a career path I would be interested in. 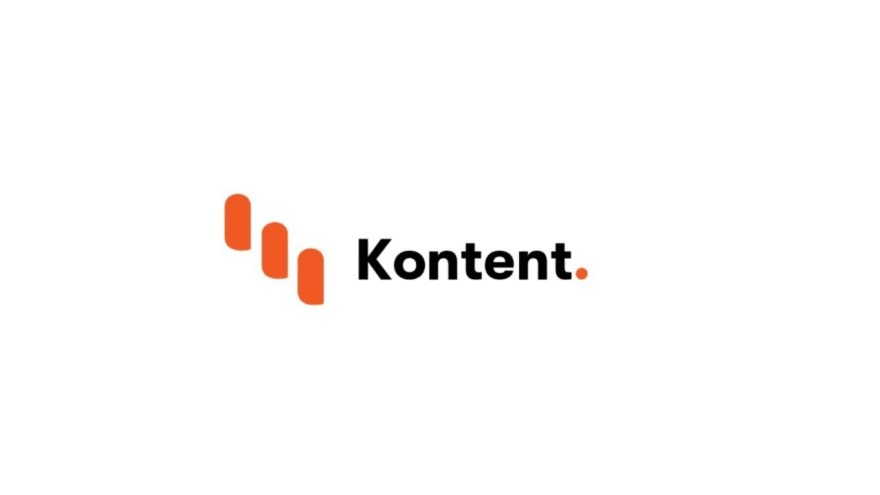 The second task I received was to research a platform called Kontent. I was unfamiliar with Kontent, but I quickly looked it up and fount that it’s a headless CMS that simplifies and increases productivity for marketers and developers. While learning about this headless CMS platform, I gained a better understanding of headless CMS’ and its benefits. I wrote a whole post on headless CMS’ and why big businesses should use them, which can be found here.

Numerous well-known businesses use Kontent, like Vogue, Starbucks, and the University of Oxford. Valley Bank is hopping on board with everyone else and is using Kontent for one of their new projects. Like other headless CMS’, Kontent separates the work from the back-end and front-end. The developers at Valley Bank finished a majority of their code, so it is now going into the hands of the marketers who are content focused.

Since this project is in the early stages, the marketers were recently introduced to Kontent and did not know how to use it. My goal is to learn the basics and understand how to utilize its functions to maximize the results, like understanding the customers better and increasing sales. I believe there are many useful tools on Kontent, and I am excited to start learning about what it has to offer and then share it with the rest of the team.

7 Ways To Maximise Your Technical Writing Career With ChatGPT

Once suspended, saracunn will not be able to comment or publish posts until their suspension is removed.

Once unsuspended, saracunn will be able to comment and publish posts again.

Once unpublished, all posts by saracunn will become hidden and only accessible to themselves.

If saracunn is not suspended, they can still re-publish their posts from their dashboard.

Once unpublished, this post will become invisible to the public and only accessible to Sara Cunningham.

Thanks for keeping DEV Community 👩‍💻👨‍💻 safe. Here is what you can do to flag saracunn:

Unflagging saracunn will restore default visibility to their posts.