Not only some developers/sys-admins clone the repository in their server, but they also point their web-server to that directory. Not only that, they also sometimes change the source to set some configurations files with sensitive informations (email/password, and so on).

If the web-server is pointing to the git repository and has directory listing enabled, we could could download the .git using wget/curl recursively, then simply checkout a master and voilà.

How to find exposed git repositories

We can simply try out every URL we know by adding /.git at the end of the TLD.

An easy way of finding websites which currently expose .git is using Google D0rks. If you are not familiar with Google D0rks, it’s basically a few operators Google offers you to filter out a few queries. Here is a list of a few of them. The one we need is the intext: operator.

This query makes use of the intext operator. It allows us to ask Google to find all the pages that have a specific word in the body somewhere forcing inclusion on the page (source) 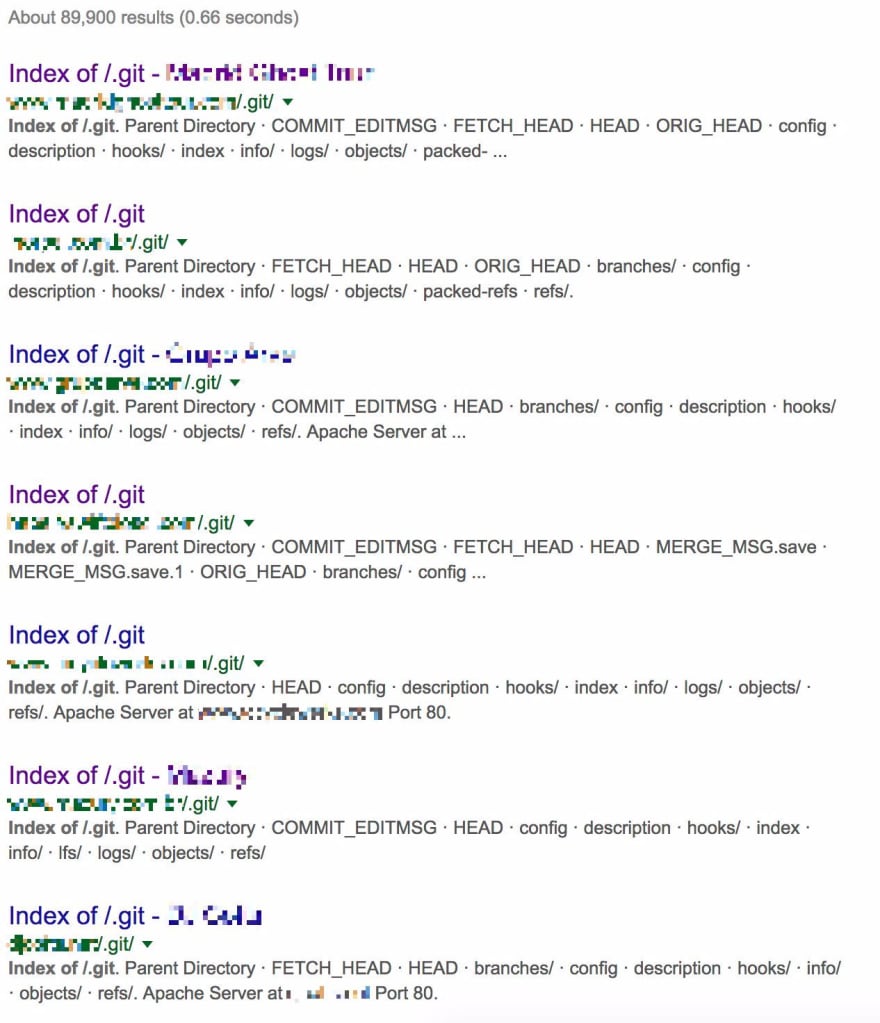 Holy sh1t. That’s ~89,900 results from Google. Can you imagine how much sensitive information there must be?

How to fix this

Well, first of all, find a better way to getting your source code to a remote server and simply pointing your web-server to that directory. If you don’t feel like finding a better way, or just want to keep things simple, here is what you need to do.

Add the following telling Nginx to deny any request to a .git directory:

Add the following telling Apache to deny any request to a .git directory:

The only question that remains is: Is there anyway you could extract a .git from a web-server that has directory listing disabled? I haven’t looked much into it, but I wonder if there is anyway we could use git against itself.

Once suspended, seds will not be able to comment or publish posts until their suspension is removed.

Once unsuspended, seds will be able to comment and publish posts again.

Once unpublished, all posts by seds will become hidden and only accessible to themselves.

If seds is not suspended, they can still re-publish their posts from their dashboard.

Once unpublished, this post will become invisible to the public and only accessible to Ben Mezger (seds).

Thanks for keeping DEV Community 👩‍💻👨‍💻 safe. Here is what you can do to flag seds:

Unflagging seds will restore default visibility to their posts.