This is a streamlined version of my original Python Django tutorial. Here, I want to focus on the continuous deployment stage, so you may get your website online quicker. If, after reading this, you are curious about multi-branch deployments and continuous integration, be sure to check out the original article. I hope you enjoy it. 🍭

In this hands-on guide, we're going to learn how to deploy a Django website to PythonAnywhere using Semaphore Continuous Integration and Delivery (CI/CD). No matter how reliable the code is, we still need to implement CI/CD to detect and remedy errors quickly. When we have confidence in the accuracy of our code, you can ship updates faster and with fewer mistakes.

To get started, fork, clone the Django demo project and add it to Semaphore:

The application you just forked is a simple task manager; we can create and edit tasks, we also have a separate admin site to manage users and permissions. The website is built with Python and Django. The data will be stored in MySQL.

A Note About Continuous Integration

Continuous Integration is a programming discipline in which the application is built and tested each time there is a push. By making multiple small changes instead of a big one, problems are detected earlier and corrected faster. Such a paradigm, clearly, calls for an automated system to carry out all the steps. In such systems, code travels over a path—a pipeline—and it must pass an ever-growing number of tests before it can reach the users.

The project includes a complete CI pipeline with a complete suite of tests. No setup required:

Websites are meant to run on the internet; let see how we can publish our site the world to enjoy. PythonAnywhere is a hosting provider that, as the name suggests, specializes in Python. In this section, we'll learn how to use it.

Once you have your account, create the services for the application:

Create an environment file for your application: .env

Scp the file to the server:

Now we're ready to create the website. Luckily for us, there is an official helper script. If you wish to use a custom domain instead of the default one (USERNAME.pythonanywhere.com), add a --domain= option.

The script should take a few minutes to complete. Take a cup of coffee, and don't forget to stretch 🧘🏽.

Once done, there’s only one thing left to do. We need the app to have access to our environment file. Edit the WSGI file for your new website, by default it’s located at /var/www. Add three lines to that file, as shown below:

That’s it, after reloading the website, it should be online 🥇.

Deployment is a complex process with a lot of moving parts. It would be a shame if, after painstakingly testing everything, the application crashes due to a faulty deployment.

Continuous Deployment (CD) is an extension of the CI concept; in fact, most integration tools don't make a great distinction between CI and CD. A CD pipeline performs all the deployment steps as a repeatable, battle-hardened process.

We’re going to create a new pipeline to deploy the updates automatically on each update.

The deployment process needs some secret data, for example, the SSH key to connect to PythonAnywhere. The environment file also has sensitive information, so we need to protect it.

Storing secrets in Semaphore is easy as pie:

Now do the same for the environment file:

Create a new pipeline file at .semaphore/deploy.yml with the next three code boxes:

The pipeline has only one “Deploy” block. It begins by invoking the secrets we just created: env and ssh key. We can also define environment variables at this point, adjust the values for your user:

The job uses checkout to clone the repository, then envsubst expands the values of deployment.sh with the corresponding environment values. Finally, the files are copied to PA and the deployment script executed remotely:

I mentioned deployment.sh, but haven't shown it yet. Here it is:

In short, the script does 3 things:

Now all that remains is to link the pipelines. This is achieved adding a promotion to the end of .semaphore/semaphore.yml:

Push all the updated files to your repository:

Semaphore will start working immediately. Wait until the CI pipeline is done:

And hit the Promote button to start the deployment: 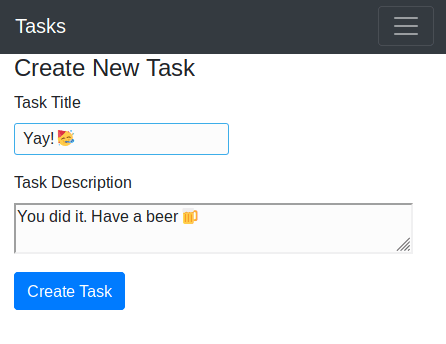 We've discovered the incredible potential of a CI/CD platform. I hope that the tools and practices discussed here can add value to your projects, improve your team effectiveness, and make your life easier.

For the next steps, I suggest browsing Semaphore Blog for more examples and tutorials, and, of course, writing a pipeline for your own application. Good luck!

Did you find the post useful? Let me know by ❤️-ing or 🦄-ing below! Do you have any questions or suggestions for other tutorials? Let me know in the comments. Thank you for reading!

Semaphore
The fastest CI/CD service out there.

A collection of thoughts on what I have learned so far since starting my open source game "company" this year.

How to Build Ionic Apps with React

Guaranteed to make you a better developer or your money back