Hi all! My name is Sergii, and I work as a software engineer/DevOps at Luxoft.

Many developers underestimate or incorrectly refer to Linux Shell by comparing it to other programming languages.

But we must not forget that the most important thing in “Linux Shell” is the word shell. It is not just a programming language for writing programs.

It is an operating system shell written by system engineers for system engineers, and it is powerful and versatile enough to automate and simplify almost all routine operations without the direct use of other programming languages. 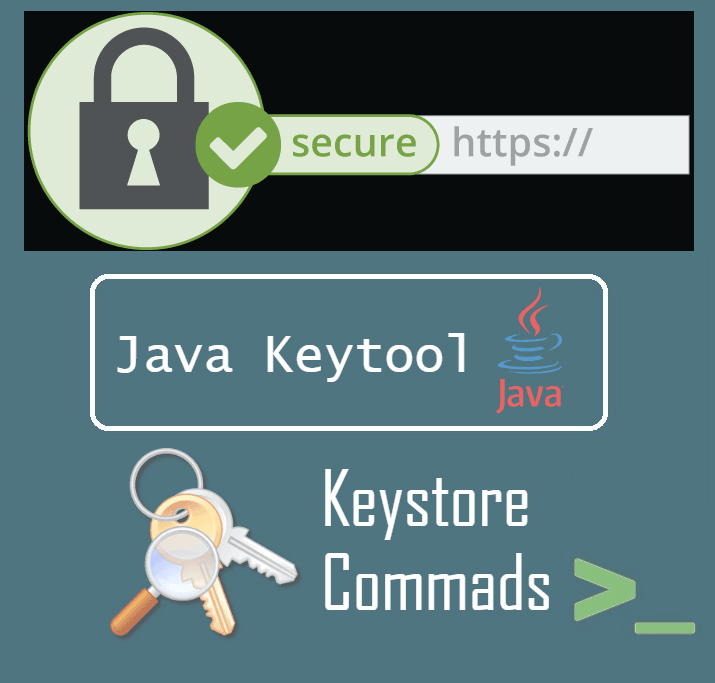 Since HTTPS became the common standard, almost every project has used certificates such as:

If you have a lot of certificates, most likely you are using keystore such as JKS (Java keystore, which has acquired legacy status with the release of the Java 9) or PKCS12. The latter has been in use for almost 20 years, and despite some amount of criticism, is one of the most popular and reliable open formats to completely overtake JKS in the near future.

I worked a lot in projects where the main programming language was Java, so for myself, the main tool to work with keystores — keytool, which comes with JDK.

Of course, I also have a small cheat sheet with commands such as:

Copy certificate from one keystore to another keystore:

Once, I worked on a project where there were several dozen micro-services, a few hundreds of virtual machines in test environments, where the developers manually managed the certificates and there was no centralized control. Only in order to disassemble all this and bring it into some systemic form, it was necessary to meticulously sort everything out, compare it, confirm all the changes with several dev teams...

As an infrastructure engineer, I didn’t like it very much, but the amount of the initial routine and low priority of this task forced me to go around and give priority to other tasks.

From time to time, I tried to find some magic solution, get acquainted with the graphical utility https://keystore-explorer.org/features.html, but the necessary functionality was not there, and the company’s policy did not allow the use of desktop programs that had not passed a corporate security audit, which could take up to a year.

Maybe I would get myself together and do everything in a week or two with one-line bash commands + notebook + excel, but suddenly I had to take time off due to illness, and when my temperature allowed me to sit at the monitor again, but not yet go to work, I remembered that I consider myself good with bash.

So let me introduce:

To work you need:

What the manager can do. Quick overview in the screenshots below:

For fans of panel managers, such as NC, VC, MC, FAR, etc. (I can’t live without a FAR manager), the function keys and navigation should be intuitive.

What was the most interesting during the development:

In the beginning, I wrote the first version in bash including basic navigation and the first functionality, but at some point something didn’t start in ksh. I realized my mistake and rewrote everything in favor of POSIX compatibility.

The code began to look more bulky, but the script worked in bash/ksh/dash. If you find any issues, just write in the comments. (It works even in git-bash, but with awful performance).

Since screen is completely refreshed with almost every keypress, you can change the size of the window (for example, if you sit through the graphical ssh client) at any time. After pressing any key, it will automatically adjust the picture. A couple of evenings were spent on the option of showing/hiding additional columns. It was necessary to calculate and adjust for single-panel and two-panel mode, plus headings and text are calculated by different formulas. Here’s a snippet to determine how much to trim the certificate alias ​​if the screen width is not enough to fit the full name:

Some special keys can have variable amounts of characters, so just using a single read command was not enough. But, after some experimenting and googling, I found that the read command understands what a millisecond is. So the procedure looks like:

At the moment, all the most important functions I am often using are implemented and I took a break, in addition actually I started writing the script just to get some practice with tput and navigation in bash, but I was fascinated a bit ;)

In a simplified form, I already use similar navigation in my other scripts — in some cases it is much more convenient than the standard select command due to the ability to make hotkeys and display customized lists.

A very important moment, I believe, is that jks_mgr.sh is just a single text script file.

No obfuscation, open code, also the code is as simple as possible — almost any junior developer/system administrator can check for the absence of back-doors.

So if you are working on a project where each program needs to pass security audit, license verification, or on the target machine, there are simply not enough rights to install tools — this script can be very useful for you. It does not need to be installed, it requires only the POSIX shell, keytool, sed and grep commands to run.

Some regret: the habit of working with Java forced me to do all the work with keystores through the keytool command, which should be available in PATH (and maybe it would be worthwhile to investigate and rewrite everything to work via openssl? — write your thoughts in the comments about that).

In the end you usually need to write some conclusions. Well.

If you want to enjoy learning/practice, come up with something that will be useful for you.

If you want to get double pleasure from learning / practice — come up with something that would be useful for you and somebody else.

Currently, my script is used by a small number of people in the company. And the fact that I, not a developer, was able to write something useful and necessary, makes me very happy.

P.S. Just in case (have you heard of nginx and Wargaming?), I want to state that jks_mgr.sh was written EXCLUSIVELY during non-working hours, on a private computer :).

Once suspended, sfkulyk will not be able to comment or publish posts until their suspension is removed.

Once unsuspended, sfkulyk will be able to comment and publish posts again.

Once unpublished, all posts by sfkulyk will become hidden and only accessible to themselves.

If sfkulyk is not suspended, they can still re-publish their posts from their dashboard.