I've thought about this before, but recently I got triggered to write this, thanks to this image: 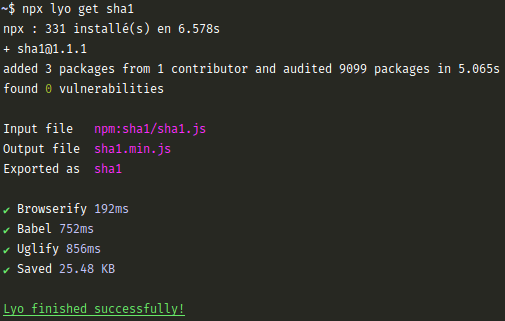 You'll notice that the output of npx is in French (I'm guessing that's @gmartigny 's system language). But the output of lyo is in English. My deduction is that NPM uses internationalised strings, while lyo uses hard-coded English.

I'm not blaming Lyo. Internationalisation is non-rivial work (which languages to support, machine translations vs paying translators, ensuring UI components don't look weird on some languages,...). Personally, I've never worked on an app that supported languages other than English.

So much of the software world uses English as a lingua franca (programming language keywords, documentation, package commands, and the like), to the point where developers who aren't fluent in English still release packages in English.

However, I'm curious. What's it like for developers whose primary language is not English (or who are not fluent in English)?

What's it like to come to a GitHub readme and have to use Google Translate to figure out how to use the package?🤔🤔

The irony that this post is in English is not lost on me.😆