Behold, a Neuron. You hopefully have a few of these. 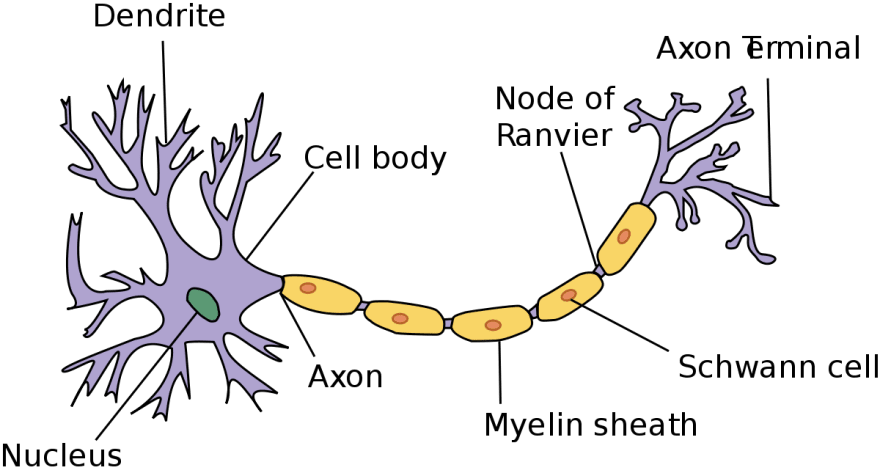 Information travels from the cell body in "spike trains" down the axon and causes synapse excitation on other neurons. So Neurons are a complicated computational unit. They can be tuned or trained through a learning process to fire on different things, and other neurons can fire on that, and so on. Brains are a tight wad of 100 billion neurons, or a natural neural network, if you will, all firing one after the other to make conscious and unconscious decisions.

Artificial neurons (aka Perceptrons) try to emulate this:

A vector of inputs are fed into the neuron, which multiplies them by a vector of weights and sums them up. If the sum is above a certain firing threshold, the neuron is activated and fires an output of 1. If it is not activated, it has an output of 0.

How Powerful is a Perceptron Unit?

It can represent half planes in multiple dimensions.

For more you should really check this and related videos:

To make XOR, you have to combine perceptrons by applying a strong negative weight on an AND perceptron together with an OR perceptron:

Instead of setting weights by hand like we have been doing, we should automate that. The two ways to do this are:

Setting a single unit so it matches a training set. 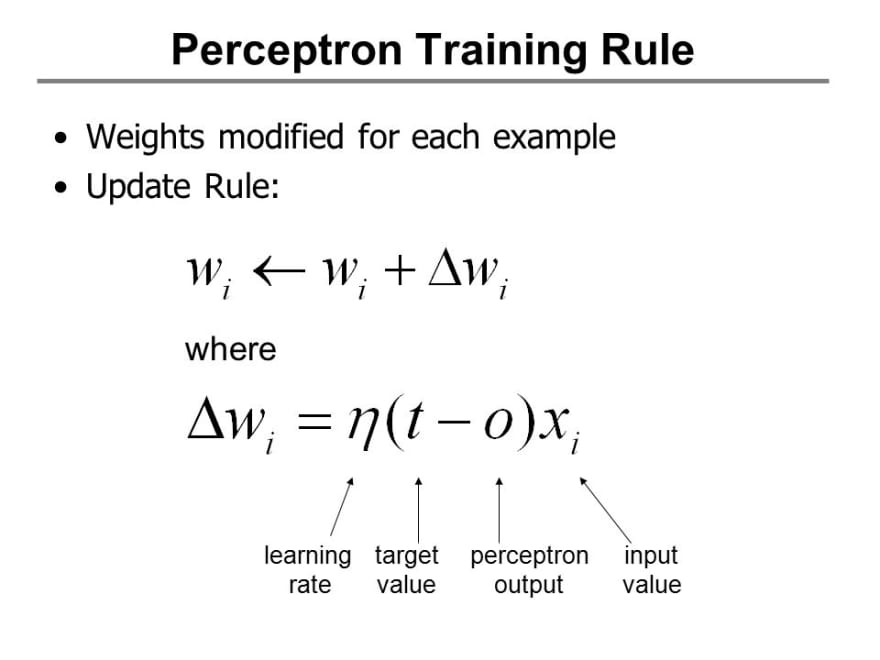 The weight change equals the difference of the target (what we want it to be, either 0 or 1) and the output (what the network currently spits out, also 0 or 1), multiplied by the input and the learning rate (which is a small number, like 0.01).

In other words, if the output of the perceptron is correct, there will be no change to the weight. But if the output is wrong, the weight will be moved a small step in the direction of the difference in target vs output.

If a dataset is linearly separable, the perceptron rule will find the right plane to separate them. That's cool!

However, if the dataset is not linearly separable (and we have no way to tell ahead of time, especially in multiple dimensions), the Perceptron Rule gets stuck in an infinite loop. We need something more robust. 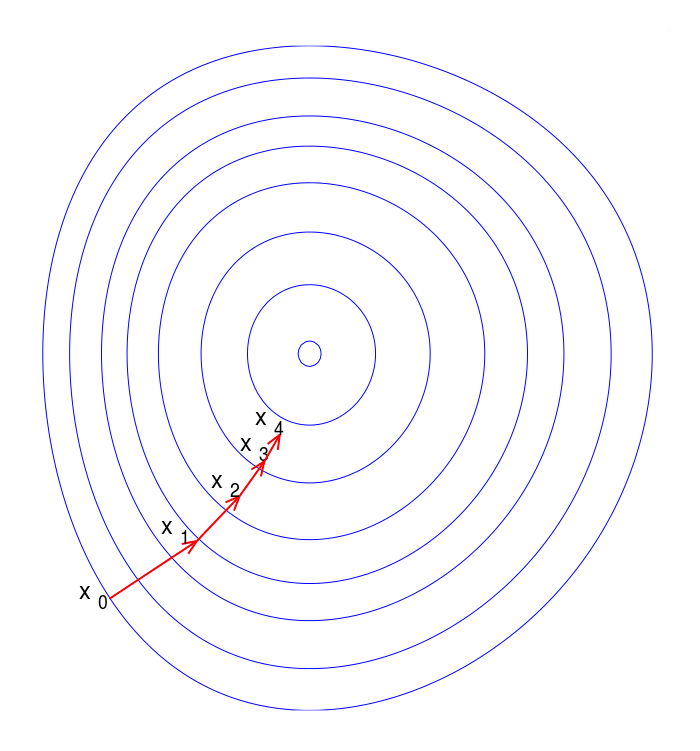 In contrast to the Perceptron Rule, Gradient Descent throws out the idea of a threshold. It uses the same mechanism of incremental updating but uses partial derivatives instead. In fact, the formulas end up looking very similar:

The Perceptron Rule guarantees finite convergence if the data is linearly separable. Gradient Descent is more robust, but can only converge toward a local optimum.

The sigmoid function in equation form looks simple enough and has a very appealing chart form: 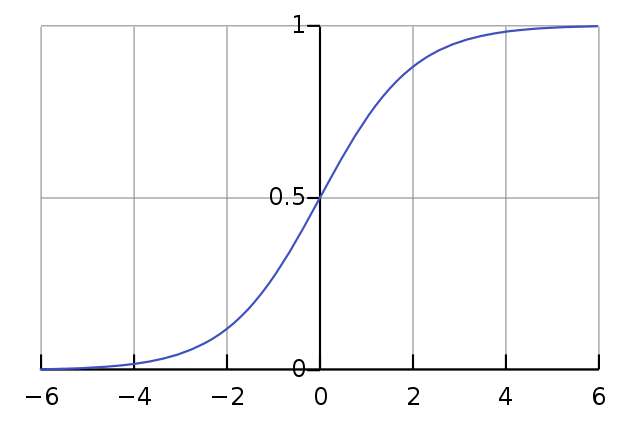 If you make it narrow enough it looks like the binary activation function! and if you take its derivative, it turns out that it is sigmoid(a) multiplied by (1 - sigmoid(a)): 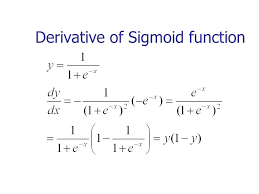 Which is a very neat closed form solution for gradient descent purposes.

Having a network of differentiable perceptrons is very useful. Despite having multiple hidden layers between input and output, we can backpropagate the errors to update weights in the entire network! 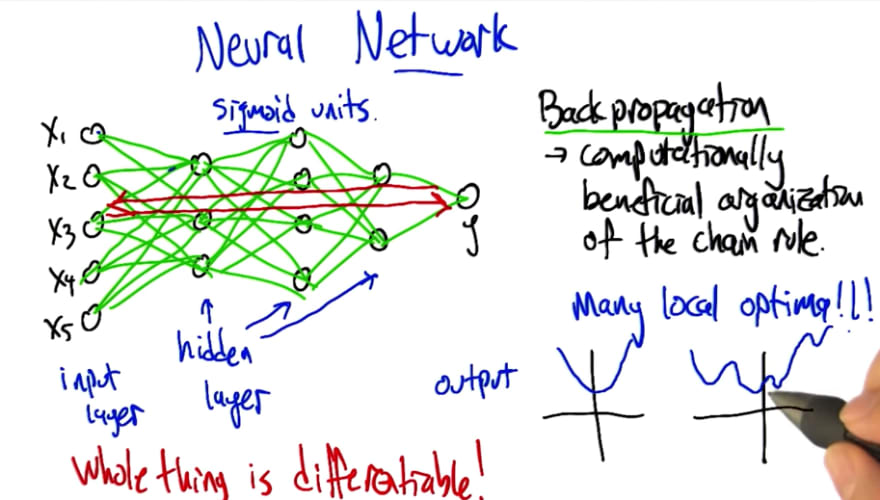 In gradient descent you can often get stuck in local optima.

To break this, you can:

Restriction bias (the set of hypotheses we will consider):

So Neural nets dont have much restriction bias at all. It also means that it is very possible to overfit. To guard against this, we also use cross-validation and look for divergences in error to identify overfitting.

Preference bias (the algorithm's preference for one representation over another):

We have specified everything for gradient descent except for how it is initialized! Most often we use small random values. This is because large weights let us represent arbitrarily complex functions and that is not good.

More is available in the PDF summary here.

Hopefully that was a good introduction to Neural Networks. I am planning more primers and would love your feedback and questions on: