Now that we've setup NodeGui with React, let's write a small app with it. It will yet be another terminal app, but this time there's not much code we can share, as we'll be using Qt not HTML+CSS stack.

This is my first program in NodeGui. With CSS it's obvious how to write styling code in a way that doesn't repeat itself - that's what CSS have been doing for 25 years now. It's not obvious at all how to do this with NodeGui, as it doesn't seem to have any kind of CSS selectors. So prepare for a lot of copypasta.

This file isn't too bad:

The template here is simple enough, but the CSS is quite ugly. font-family: monospace doesn't work, I needed explicit font name. I tried gap or flex-gap but that's not supported, so I ended up doing old style margin-right. And since there's no cascading everything about font-size and font-family is duplicated all over. There's also style duplication between this component and CommandInput - which could be avoided by creating additional mini-components. In HTML+CSS it wouldn't be necessary, as CSS can be set on the root element and inherited, or scoped with class selectors. I don't think we have such choices here.

And finally the CommandInput component. It shares some CSS duplication between elements and with the HistoryEntry component. One nice thing is on={{ textChanged, returnPressed }}, having explicit event for Enter being pressed looks nicer than wrapping things in form with onsubmit+preventDefault.

So my impressions of dev experience are mostly negative because I'm used to HTML+CSS, and there's a lot of stuff that I take for granted in HTML+CSS that's absent here. But still, it's familiar enough that it doesn't feel like a completely alien environment.

Leaving browsers with their extremely complex APIs for Qt will likely mean it's going to be much easier to secure apps like this than Electron apps.

And for what it's worth, Qt has its own ecosystem of libraries and widgets, so it's totally possible there's something there that would be difficult to achieve with browser APIs.

Of all Electron alternatives I've tred, NodeGui has the most obvious story why you should consider it. NW.js is basically Electron with slightly different API and less popular; Neutralino is a lot more limited for no obvious benefit; NodeGui is Electron-like but it comes with very different set of features and also limitations. 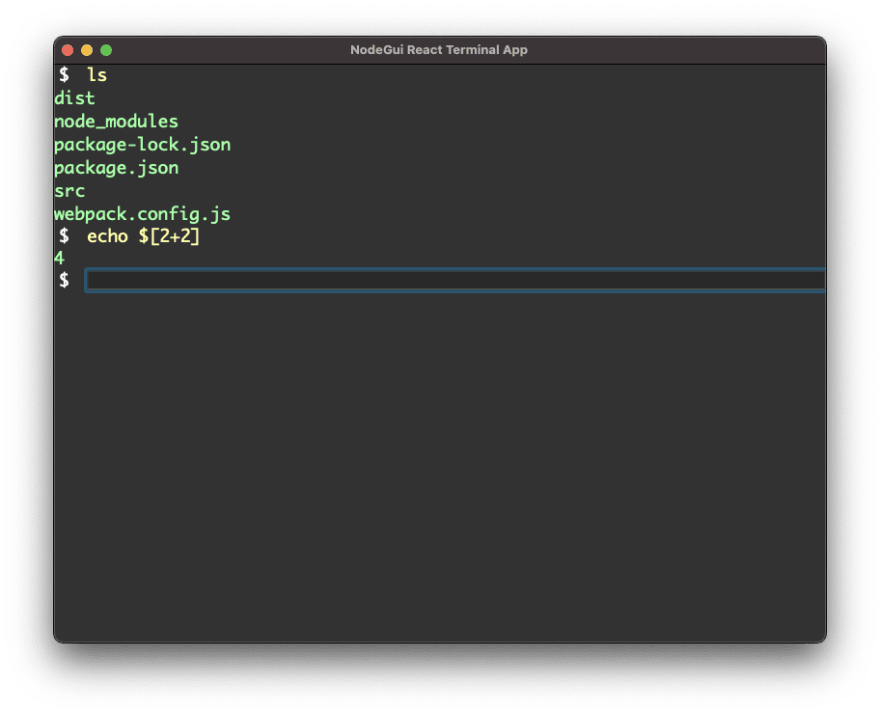 There are more "Electron alternatives", but I think I covered the most direct competitors, as I have zero interest in writing frontends in Dart, Rust, or C#. In the next episode we'll go back to the regular Electron and try some of the features we haven't covered yet.