We already wrote a small backend app in the previous episode, so let's build a simple frontend app as well.

Of course we can use fancy web frameworks like Svelte, Imba, or React, but we're going to use plain old Javascript for now.

Let's get some interaction going - the simplest kind. Just a button and a counter how many times you've pressed it.

And here's what we got: 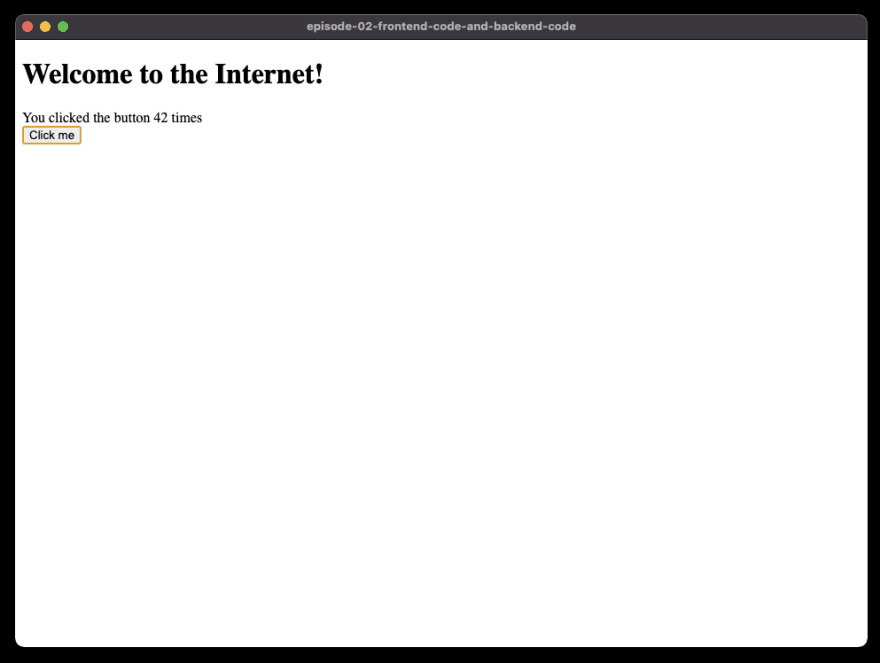 All the code for the episode is here.

In the next episode we'll talk about how we can communicate between the frontend and the backend.

But before you go, let's talk about security.

Writing Electron apps we need to be very careful that we don't mix those two things, or you'll be giving strangers full access to your machine, and that would be bad.

Anyway, see you in the next episode.

new extension that bring icon right near you