When getting started in coding, you'll probably hear "git" and "GitHub" thrown around, but trying to look into them may cause you to feel overwhelmed.

Note: There are many options for using git and storing your code online. In this post, I'll be looking specifically at Github, as that's the platform I'm familiar with. Similarly, my friendship bracelet analogy is based on being created with knots.

Before we jump in, a quick note on these two terms.

"git" is a tool for saving moments in your code while "GitHub" is a platform that allows you to store the moments created using git in a shareable format.

Git as a Friendship bracelet 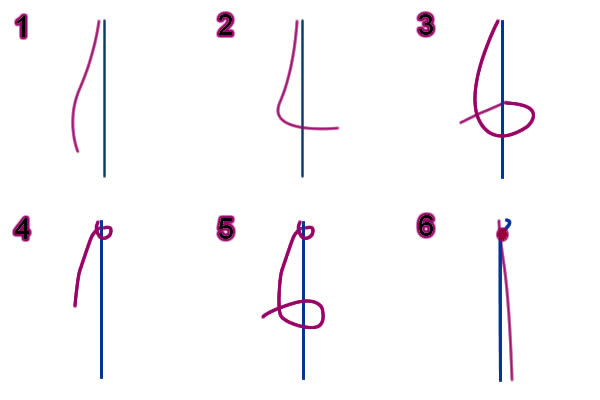 Think about git as a friendship bracelet, where each strand making up the bracelet are small subsets of changes/additions to the code and when all the pieces come together, the final product is the finished bracelet!

One of the advantages of git is that it allows you to work on your bracelet with other developers, allowing them to bring in new colors (code) and techniques to help make your bracelet even more awesome than if you had tried to do it yourself!

Contributors are anyone that has added to your bracelet.

Just like with friendship bracelets, there are many forms contributing can take on, and all of them are important! Some examples include:

Repositories are the friendship bracelets of the world!

Each bracelet is a repository made up of all the pieces of string (code) to form the repository. They can have any number of contributors, be any size or language, and be anywhere in the process from just getting started to a completed project.

Branches are the "width" strands of the friendship bracelet.

Similar to working on a friendship bracelet, you can only work on one of the "width" strands at a time. The strand you're focused on is referred to as your "Checked out" branch.

When it comes to naming your branches, it's customary to name it after what feature the branch is meant to implement. When a new repository is created, it will come with a master branch by default. This is where all the "live" or "production" code lives, and changes should usually not be made directly to master.

Picking up your friend's bracelet.

clone is a terminal command that allows you to create a copy of a repository on your computer. When cloning, there are HTTPS and SSH links that you can use. For simplicity, I'll be sticking with HTTPS here, but more info on SSH can be found here on GitHub.

When working on a branch, it's important to make sure you have any changes that may have been made by someone else before adding to it. Once you're on the branch you want to work on, you can get any changes using git pull.

This is the moment where you have your string looped into a knot, but before you pull it tight.

The add command tells git which files you want to put in a 'staged' status. Staging is a fancy way of saying you would like to prepare the file(s) for saving to the branch.

This is when you pull your knot mostly tight - enough to see what the change would look like, but not enough to be difficult to untie.

Committing takes all your stored items, attaches a message to them, and saves them to the branch. There's a saying to "Commit early, commit often" based on the fact that you can rewind your code to an earlier commit if you want to try something out and it ends up not working.

"Hey! Look at the bracelet I'm working on!"

The push command is what saves your local branch's commits to the repository for everyone else to see, pull, and work on.

Once you've added a branch to a repository and pulled your knot mostly tight to see what it looks like, the last thing to do is check with the owner of the bracelet if the change is okay to make.

Imagine for a moment that you had a magic printer that would let you put in a bracelet, and get out 2 exact copies of the bracelet you put in. So, you borrow your friend's bracelet, run it through the printer, and return the original bracelet. That's what forking a repository does!

Fork allows you to create a copy of a repository under your username, from which you can create branches and even make Pull Requests back to the initial repository.

If you want to learn more about git or just want a solid bookmark you can always turn to when you need to know about git, I highly recommend Pro Git (Free!)! Not only is the breakdown very logical and concise, but I also find it does a good job of rewording into easy terms to understand.

Thank you so much to Natalie for proofreading and bouncing around ideas about wording for this post! 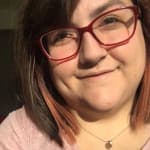