After a good night's rest, you wake up to a familiar voice in the early hours of the morning. The moment your legs hit the floor, the screen walls light up and the familiar voice repeats, "Good morning sir, you are needed at the office in the next hour, for your presentation."
The voice belongs to Alex, your IoT-enabled digital assistant. "You've got to be kidding me, Alex! Please, replay my presentation slides word for word. I do not want to miss any detail."
As you drag yourself through the bedroom and into the bathroom for a warm bath, your smart home assistant begins to read out the contents of your slide through little speakers embedded around your home.
"Prepare the car for the fastest route to the office. Also, make me coffee." With that, you focus on getting dressed for work. You finish that up by taking a look at the mirror, while a diagnostic system embedded in the smart mirror runs a brief health check on you. There's nothing to worry about healthwise, so there's no report on that.
You get to the living room and the lights and air-conditioning units come up, and the smart TV comes on at the daily news channel. After coffee, you step out of the house. The security system confirms if you would be expecting a guest in your absence. "Nobody," you said, as you walked out. Your health wearable tracking device confirms you're outside and proceeds to activate the home security system. Your car, which drove itself out of the garage, is waiting for you outside. You telepathically order the car to take you to your office as quickly as possible. The magnetic car instantly accesses the Internet, the GPS, and billions of chips hidden in the road that constantly monitor traffic.
On your way, you ask your assistant through your mobile device to transfer your presentation slides to your office computer even as you go through the document while the car drives itself. Getting to the office takes a total of 40 minutes from the time you awoke despite the fact that a lot of things had happened.

Does this scenario sound too superficial? When you consider the availability of technologies mentioned above, you would agree that the whole analogy is a tip of the iceberg representing contemporary technology.

Smart homes mean exactly what they connote: a system of interconnected things in a residential building that makes the daily activities and processes of its occupant(s) easier and efficient. Smart homes, or home automation, began to gain popularity in the early 2000s. With its advent, more related technologies got patented as components (or more specifically, "things") that could be added to the smart home. 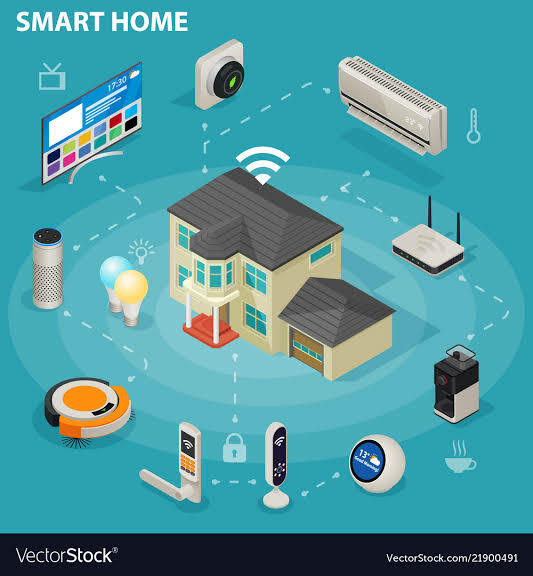 In no distant time, smart homes became more affordable and ultimately became a viable technology for consumers. Domestic technologies, home networking, and other gadgets began to appear on store shelves at affordable prices.
In recent times, the concept of smart homes have further extended into smart workplaces, smart industries and even smart cities.

Prior to now, the internet connects it's billions of users together, but since its constant evolution, it has succeeded in connecting both objects and devices together to retrieve and share information.
The internet of things comprises interconnected devices, sensors, actuators, and a scaling list of other kinds of systems or "things" to each other through the cloud. Use cases for IoT include Smart Cities, Smart Home, Vehicular sensors, Health monitoring and Sports & Leisure scenarios. 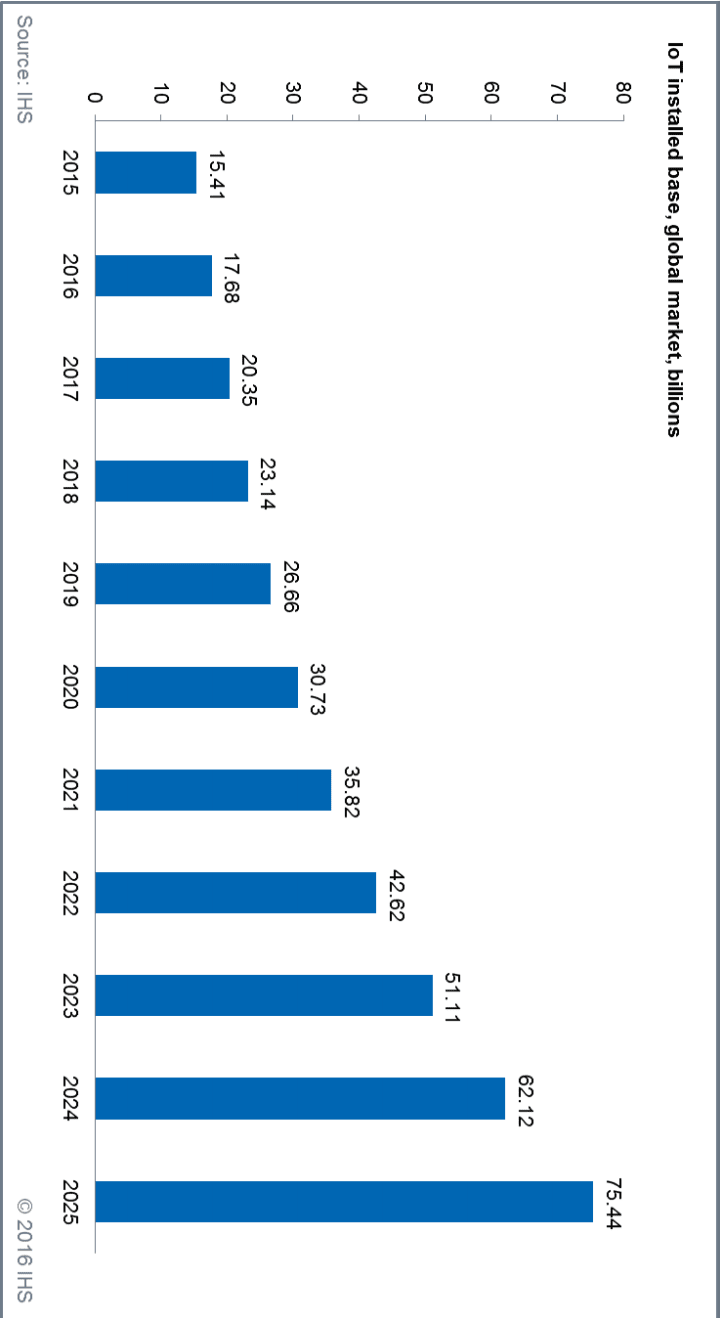 IoT devices can be anything: a human wearable device (or a smartphone), an RFID-tagged animal, or even domestic appliances like refrigerators, washing machines, or even a coffee machine. These things can be physical things—that is, things that exist in the physical world and can be sensed, actuated, and connected—or virtual—that is, things that aren't tangibly present but exist as information (data) and can be stored, processed, and accessed. These things necessarily have the ability to communicate directly with the internet; optionally, they may be capable of sensing, actuation, data capture, storage and processing. 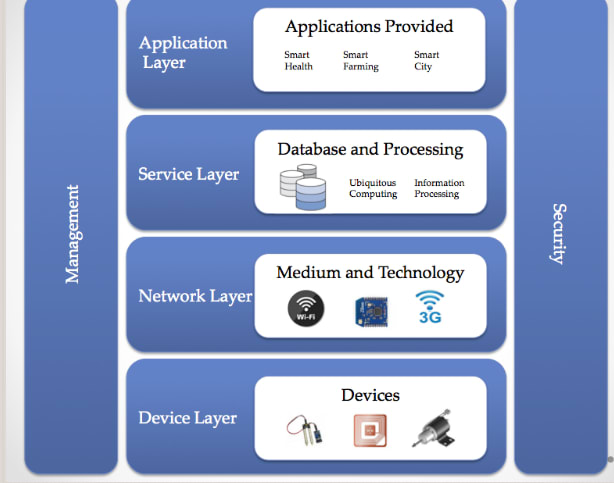 The smart city is one with smart parking, a smart mass transit system, smart vehicles on the streets, smart malls and buildings, and so on. A smart city is developed basically to address traffic, public safety, energy management, and more for both its government and citizens. By using advanced IoT technologies, a smart city can optimize the usage of the city infrastructure and quality of life for its citizens.

Autonomous vehicles started appearing in the 1980's from Navlab and ALV projects in 1984 and Mercedes-Benz and Bundeswehr University Munich's Eureka Prometheus Project in 1987. They gradually moved from being fuel powered to fully electric. Driverless cars have been developed into very appreciable technology with no record of machine-caused accidents - e.g. Google Driverless Cars - and efficient service of consumers.
Smart cars have the capability to detect signs of tiredness or drunkenness in a driver and take control of the wheel at the slight detection of unconsciousness from the driver.

IoT can enable local and commercial farming to be more environmentally friendly, cost-effective, and production efficient. Sensors strategically embedded in the farm can help in automating the process of irrigation. It's predicted that smart agricultural practices will enable a manifold increase in productivity, and hence food resources.
Imagine having an in-house garden managed by IoT-enabled devices.

The IoT technology has enabled patient monitoring decisions and even medical diagnosis to be made remotely and in real time. A person can carry wearable medical sensors to monitor body parameters such as heartbeat, body temperature, glucose level, and so on. The wearable sensors can be used to monitor a person's daily activity. Also, smart mirrors can run diagnosis to check a body's health condition, conduct medical interviews and even call the hospital in the case of an emergency.

The Convergence of Automation and Machine Learning

A result of connecting things to the internet is the generation of enormous amounts of data. IHS forecasts that the IoT market will grow from an installed base of 15.4 billion devices in 2015 to 30.7 billion in 2020 and 75.4 billion in 2025, as seen below: 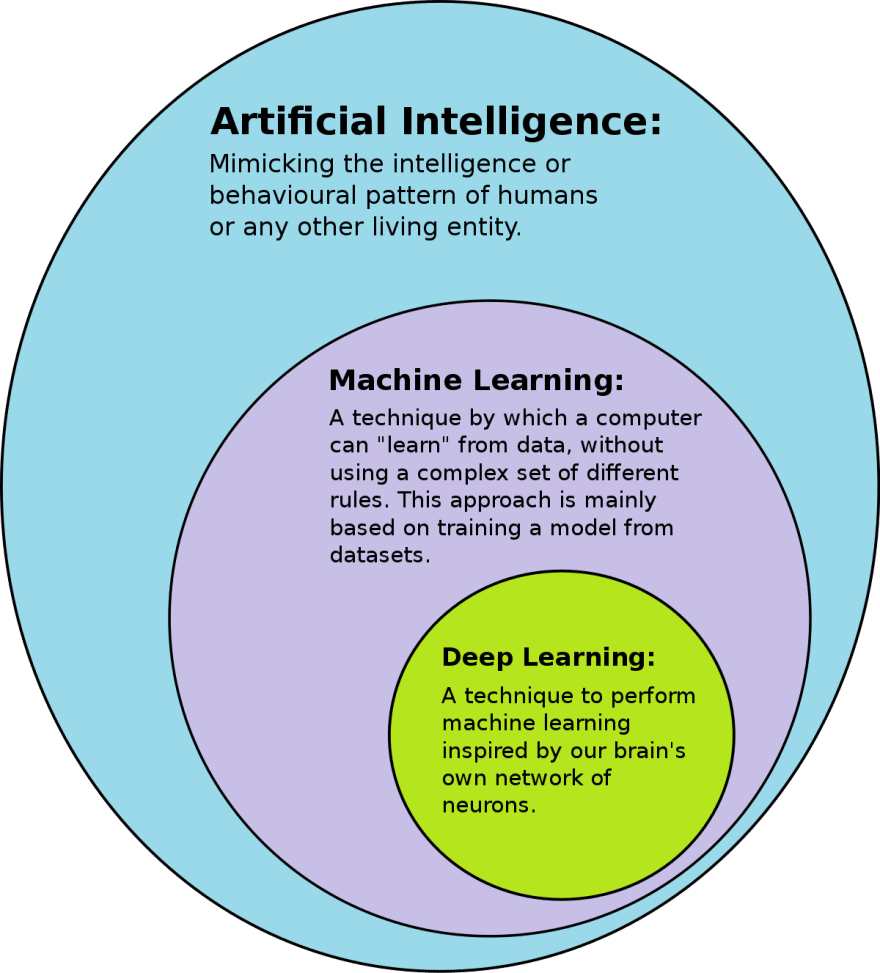 This data, however, has proven to be important in infusing automated/IoT systems with machine and deep learning techniques. This is possible because IoT devices generate tons of data and among these, 90% of the data generated are not captured.[5] The meager 10% that is captured may be lost in a fraction of a second if not monitored.
However, monitoring data can be a cumbersome task, hence the need to automate and intelligently extract information from the data using AI techniques in ML and DL like analytics and visualization.

These techniques are then deployed on Cloud technologies like Google Cloud IoT, Amazon AWS IoT, Microsoft IoT-Azure IoT Suite and IBM Watson IoT Platform where IoT-enabled devices can connect to them.
Other advanced applications of machine learning in automation exists such as:

As with anything connected over the internet, smart home and IoT systems come with increased risks and security challenges. On the automated side of things, smart home and IoT systems require their own security. Even more so, the machine learning models are also potential threat targets by hackers. As such, both the engineer and consumer have to stay updated in security practices such as:

I'm MacBobby Chibuzor, a Golang Backend Engr, Robotics Engineer at DPN and Contract Technical Writer at Wevolver. I am passionate about building Mechatronic and IoT-enabled devices, automating them with AI/DL algorithms and securing them on blockchain.

My Mom's Predictive Dream about my family before she passed. How does statistics interpret these events?

Can We Trust Chat GPT?

7 Awesome Free APIs for Your Next Node.js Project