To get the most out of this article, please make sure that you know basics about Synchronous and Asynchronous Programming and, if possible, about javascript callbacks.
However, I will try to keep most of the stuff away from these topics so that you can understand atleast 85% of it.

Suppose a friend comes to you for financial help and you promise him to give some cash after taking it out from an ATM.
--You go to the ATM, swipe your card, and find out that your account has been frozen due to some reasons and you can't take out your money.
-- Then, you go back to your friend and tell him that you can't give him money because your account is frozen. Hence, breaking your promise.

Promises are used in JavaScript to handle async operations. They are special objects that link the actual output (in above example, it's required money) and the reason due to which we may not get the output (Account Frozen).


States of a Promise

A JavaScript promise is either settled or pending. We can use the Promise constructor to create a promise.

The executor function is callback of the promise constructor. It takes two callbacks: resolve and reject, as arguments.

Let's create a promise for our problem here:

Promises can be bit of hectic stuff if you don't have experience with callbacks and callback hells. But once you grasp this concept, there is no going back !


The then and catch clauses


Thank You! Feedback, suggestions and corrections are highly appreciated. Please write in comments %-)

Beginners in #webdev can go through my article here to have a look at how to build the base for web-development. 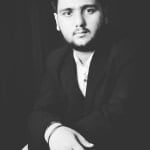 Once suspended, thejscode will not be able to comment or publish posts until their suspension is removed.

Once unsuspended, thejscode will be able to comment and publish posts again.

Once unpublished, all posts by thejscode will become hidden and only accessible to themselves.

If thejscode is not suspended, they can still re-publish their posts from their dashboard.

Once unpublished, this post will become invisible to the public and only accessible to Jaskirat Grewal.

Thanks for keeping DEV Community 👩‍💻👨‍💻 safe. Here is what you can do to flag thejscode:

Unflagging thejscode will restore default visibility to their posts.