Hi everyone, it's great to be back again! This blog is part one of a two-part series on Docker and Microsoft Azure. In Part 1, we will containerise a Hello World Python web app using Docker. In Part 2, we will learn how to build and push the container image using devOps pipelines on Microsoft Azure.

Before we get stuck in, here are some prerequisites:

Here is a useful link if you would like to have a quick 5 min intro to containers.

Docker is a set of platform-as-a-service products that use OS-level virtualization to deliver software in packages called containers. (Ref: https://en.wikipedia.org/wiki/Docker_(software))

It mitigates against the classic: "But it works on my machine problem!" and streamlines the development lifecycle by allowing developers to work in standardized environments using local containers which provide the applications and services. (Ref: https://docs.docker.com/engine/docker-overview/).

Containers are great for continuous integration and continuous delivery (CI/CD) workflows. Did I mention we can even integrate it with Azure? ☁️

You can get started on the Docker documentation here.

This blog assumes you have Docker Desktop Installed. To install Docker Desktop, you can use this link. I'm using my lovely Macbook Pro 💻 for this - hehe! 😉; but you can choose whether you want to download Docker for Mac or Windows.

For this tutorial, you will need Python 3.7+ by going to the following link.

You will also need the latest version of pip which is a recommended tool for installing Python packages.

To check you have the right Python and pip versions, you can use the commands:

Open up the project directory in your favourite code editor. I find Visual Studio Code works quite well if you're starting out.

Next, let's create a requirements.txt file in the directory; it is good practice in Python projects to have this file to manage packages.

In the requirements.txt file, enter the package 'Flask==1.0.2', as we will need Flask to create the hello world application. 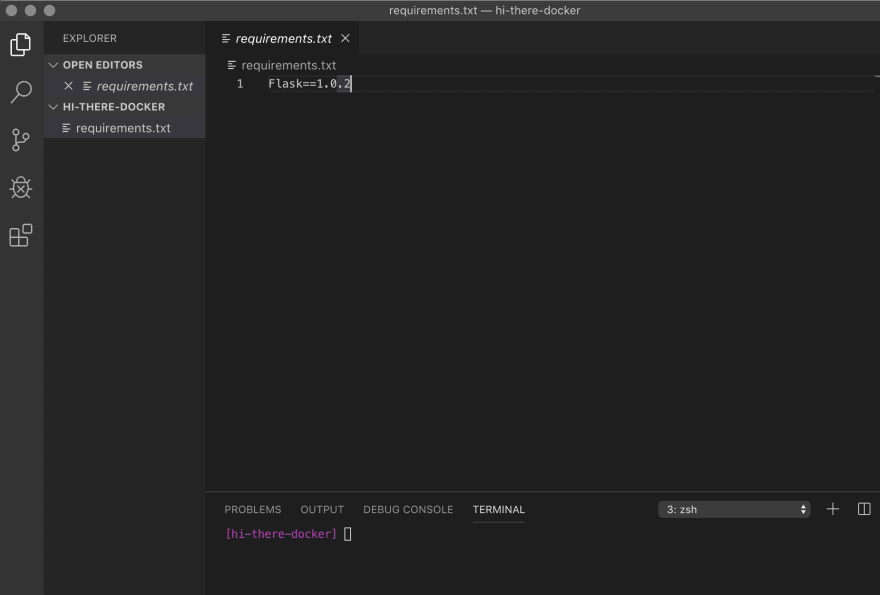 Finally, enter the following in the terminal to install the packages listed in requirements.txt.

I won't be going into detail on how Flask works, but you should check it out if you're interested.

In the main.py file, enter the following:

This is a very simple app and has one route with 'Hello world'.

Once that's complete, we can move onto Docker! Let's create a Dockerfile. The Dockerfile contains settings such as the base image for the container and Python version, as well as dependencies on build to produce the container image.

Create a Dockerfile in the root directory of your project folder and enter the following:

Before we can build the image using Docker, let's confirm the Docker CLI is working by typing the following into your terminal:

Also, check that Docker Desktop is up and running, there should be a cute little icon of the Docker whale on your desktop panel.

Now we are ready to build the image! 💿

You can tag the image with a name of your choosing, but let's use the name hi-there-image

Ensure you are in the root directory of the project and enter the following into the terminal:

🎉 You've built your first image using Docker and tagged it with a name - woohoo! 🎉

Step 6: Running the Image as a Container

Once the Docker image has been built, you are now ready to run the image as a container.

Our container will be called:

And our image name is:

To start the application as a container, enter the following into the terminal:

🎈That's it! You are now running the image as a container! 🎈 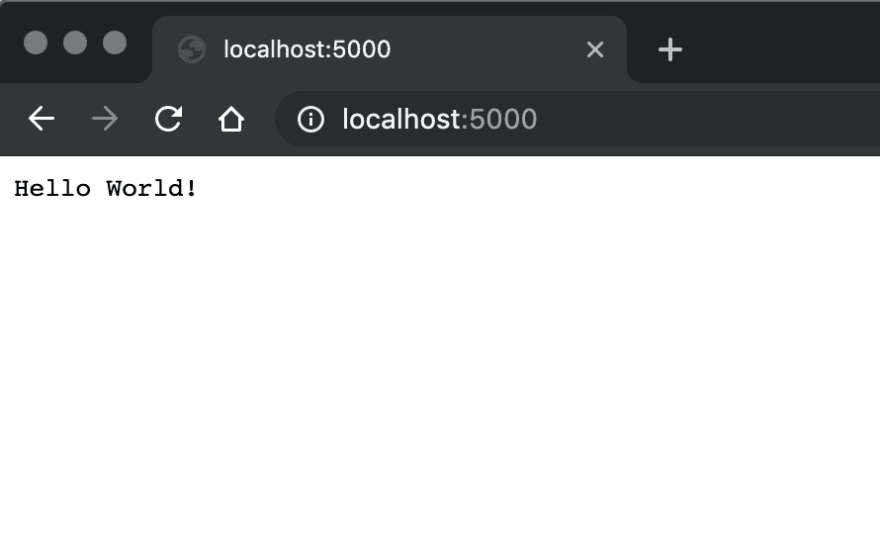 😊 Congratulations, you have just built and containerised a Hello World App using Docker! 😊

If you want to explore more on how to build and push the images using Docker as tasks within the Microsoft Azure Pipelines, watch out for Part 2 of this blog series. ☁️

Getting Started with Fast API and Docker Part 1