Today I migrated one application to Mojolicious 9 🎉 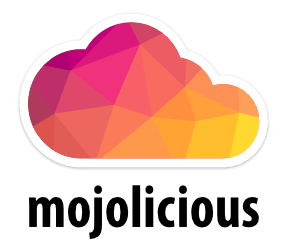 Since I had some errors, I just wanted to share if it could help others to migrate quickly.

EDIT: as commented by @grinnz , there is the upgrading document that should be checked for tips before any attempt to migrate.

It's not a big application (~2000 lines of code) but it has authentication, external calls, DB access and a flat config loaded at startup. It uses some plugins like Authentication, Status, Config and AccessLog.

I like to think it is a small but good coverage of Mojolicious features.

I said I had errors, but actually very few and I will give my solutions right below.

In my case it was a matter of replacing something like:

I wonder if code snippets shown on Mojolicious::Plugin::Authentication doc are still valid for Mojolicious 9 (?).

This sub seems to have moved, I fixed by simply adding:

I like Mojolicious ❤️ and the way it is so actively developed. It's true that there is sometimes some small breakages (I remember in the past a breakage about slurp) but it is always well documented and painless 👍

Creating a Node.js module for both CommonJS & ESM consumption

Do You Need Docker Desktop For Linux?