Disclaimer: I am the maintainer of MiniRx Store, I try to be fair, but it can be difficult from time to time.
To be clear: Component Store and Akita are great state management libraries. It will be an intense fight, but I will make sure that nobody gets hurt!

The Redux pattern is great to manage state at large scale, but it forces us to write boilerplate code (actions, reducers, dispatch actions). This can be overkill for simple features in your application.

For that reason, MiniRx Feature Store offers a more simple form of state management: we can bypass Redux boilerplate and interact directly with a corresponding feature state with the FeatureStore API:

In most cases you can default to the FeatureStore API and fall back to the Redux Store API to implement the really complex features in your application.

How does the Feature Store work? 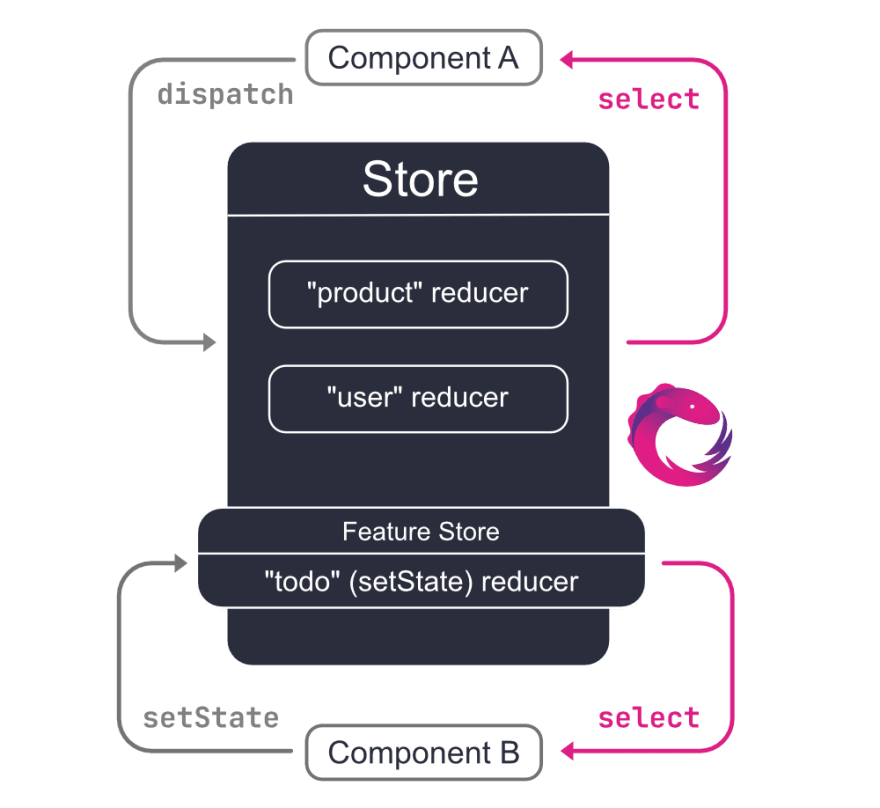 Let's shed some light on MiniRx Feature Store by sending it to the fighting ring together with two other popular state management libraries: @ngrx/component-store and @datorama/akita.

Component Store is a library that helps to manage local/component state. It can be used as an alternative to the "Service with a Subject" approach.
It is build on top of RxJS/ReplaySubject (see here). Services which extend ComponentStore expose state as RxJS Observables (using the select method). With the methods setState and patchState the state can be updated.

Akita describes itself as a "state management pattern":
It offers a set of specialized classes like Store, Query, EntityStore and more.
Akita Store is build on top of RxJS/BehaviorSubject (see here).
By using the Akita classes we can build a reactive state service which exposes state as RxJS Observables (using select on a Query instance). The update method of Store is used to update the state.

MiniRx itself is a "hybrid" Store. It uses Redux and RxJS/BehaviorSubject (see here) under the hood and exposes the powerful Redux Store API (which is very similar to @ngrx/store and @ngrx/effects).
At the same time MiniRx allows you to bypass the infamous Redux boilerplate with the FeatureStore API.
You can create a reactive state service by extending FeatureStore.
RxJS Observables (returned by the select method) inform about state changes and the state can be changed by calling setState.

Mhhh..., this sounds all very similar, but where are the differences then? It's time to prepare the fighting ring! :)

What does the basic setup of a reactive state service look like?

All setups share the same ingredients: A state interface and initial state.

FYI: The state interface must be object-like: you can not state-manage just a plain number or string.

MiniRx Feature Store has to provide the initial state and a feature key: "counter".
The key is used to register the "counter" state in the global state object.

With Component Store we extend ComponentStore and provide an initial state:

With Akita, we create two services: One extends Store and the other one extends Query:

The Akita setup is the most boilerplaty. Extending Store is similar to the other setups. A feature key is provided via the @StoreConfig decorator.
To access the state you have to extend Query and provide the Store instance.
Also, the components have to talk to both the Query and the Store instance in order to read and write state.

Regarding the basic setup..., let's look at the corresponding bundle sizes (using source-map-explorer).

Akita is the most lightweight, and MiniRx is almost 1 KB bigger.
But keep in mind that MiniRx Feature Store uses Redux under the hood
and the Redux API is always available. Using the MiniRx Redux API will not add much to the total bundle size.

You can review the different setups in this repo and run source-map-explorer yourself: https://github.com/spierala/mini-rx-comparison

How do the different store solutions relate to local (component state) and global state? What is the store lifespan?

But Feature Stores are destroyable... Their state can be removed from the global state object. Therefore, Feature Stores can be used for "Local Component State", which has the lifespan of a component.

See an example in the MiniRx Angular demo.

The Akita Stores live independently next to each other. There is no real global state. You can use Akita Stores (which are destroyable too) for "Local Component State" following this guide from the Akita docs.

There is no official solution for Redux DevTools with Component Store.

Akita has a PlugIn for Redux DevTools support.
FYI: The separate Store states are merged into one big state object to make all state inspectable with the Redux DevTools. See the Akita DevTools source here.

How can we select state from other store instances and pull that state into our current store (state service)?

Every Feature Store state integrates into the global state object. Therefore, the corresponding feature states can be selected at anytime from the Redux Store(!) instance using store.select.
Alternatively you can use RxJS combination operators like combineLatest or withLatestFrom to combine state from other Feature Stores with state Observables of your current Feature Store.

The Component Store select method also accepts a bunch of Observables to depend on (see docs here).
Of course these Observables can come from other services. Like this it is straight-forward to depend on (observable) state of other ComponentStore instances. 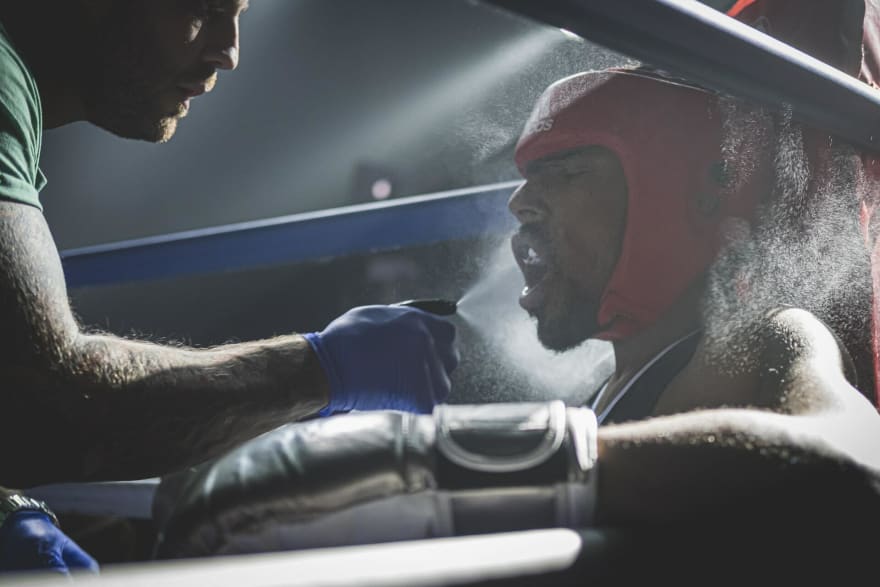 Memoized selectors can help to improve performance by reducing the number of computations of selected state.
The selectors API (createSelector) is also great for Composition: Build selectors by combining existing selectors.

MiniRx comes with memoized selectors out-of-the-box.
You can use the same createFeatureSelector and createSelector functions for the Redux Store API and for the FeatureStore API.

There is no official solution for Component Store.
You could add @ngrx/store to use the memoized selectors, but it would probably be overkill to add the NgRx Redux Store just for that reason. Redux Reselect could be a better alternative.

No memoized selectors. You could most probably add Redux Reselect.

Effects are used to trigger side effects like API calls.
We can also handle race-conditions more easily within an Effect by using RxJS flattening operators (switchMap, mergeMap, etc.).

FYI: Feature Store Effects have their equivalent in the Redux API of MiniRx: https://mini-rx.io/docs/effects

Yes, there are Effects: https://ngrx.io/guide/component-store/effect

Yes, there are Effects: https://datorama.github.io/akita/docs/angular/effects.
Effects come with a separate package (@datorama/akita-ng-effects).
The Effects API is not tied to a Store instance.

How can we undo state changes?

MiniRx has the UndoExtension to support Undo of state changes.
This is especially helpful if you want to undo optimistic updates (e.g. when an API call fails). Both the FeatureStore and the Redux Store API can undo specific state changes.
Feature Store exposes the undo method.

Read more in the MiniRx docs: Undo a setState Action

No support for undo.

Akita has a State History PlugIn to undo state changes (https://datorama.github.io/akita/docs/plugins/state-history/).
The API is much bigger than the one of Feature Store. But it seems to be difficult to undo a very specific state change (which is important when undoing optimistic updates).

Immutability is key when using state management: We only want to allow explicit state changes using the corresponding API (e.g. by using setState, update or by dispatching an Action in Redux).
Mutating state however, might lead to unexpected behavior and bugs.
Immutable state helps to avoid such accidental state changes.

There is nothing in Component Store which can enforce immutability.

Akita "deepfreezes" the state object when state is updated (only in DEV mode). See the corresponding source code here: https://github.com/datorama/akita/blob/v6.2.0/libs/akita/src/lib/store.ts#L181

MiniRx is framework-agnostic. You can use MiniRx with any framework or even without framework.

Component Store is tied to Angular. Angular is a peer dependency in the package.json.

Akita is also framework-agnostic. You can see in this article how Svelte and Akita play together: Supercharge Your Svelte State Management with Akita 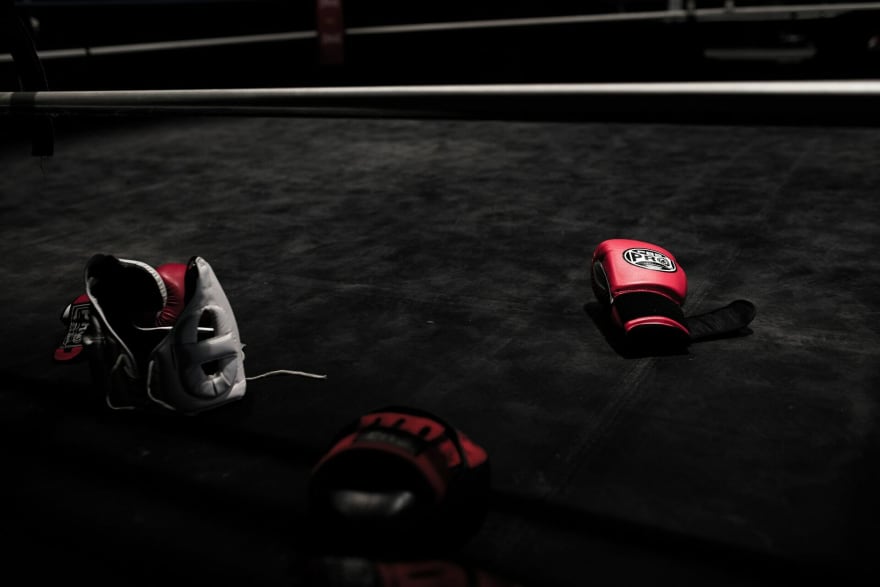 Yes, you made it! I hope that you had fun to watch this fight!

All competitors showed their skills, none of them went to the ground!

Who was your favorite?

Give it a star on GitHub:

What did we not cover?

For completeness, I want to list a few things that were out of scope for this fight:

Another cool lib which goes into the same direction as NgRx Component Store:
https://github.com/rx-angular/rx-angular/blob/master/libs/state/README.md

Maybe see you in the next fight! :)

Articles which inspired me:

Once unpublished, this post will become invisible to the public and only accessible to Florian Spier.