Google recently published Android 12L beta 1. This feature drop focuses on devices with large screens, for example tablets and foldables. Being a foldable owner myself (a Surface Duo, at the time of writing still stuck with Android 10), I am naturally very excited about Googles efforts for this device category. So I took beta 1 for a test drive using the Android Emulator. Naturally, beta versions may contain bugs or may not show the final behavior. Consequently, my observations are merely snapshots, and may become obsolete with later versions or the final product. Also, an emulator is not a real device, so there certainly may be considerable differences. Having said all this, let's jump right in.

The first screenshot shows the Android Emulator configured as an 8 inch foldable, opened at an angle of 240 degrees. 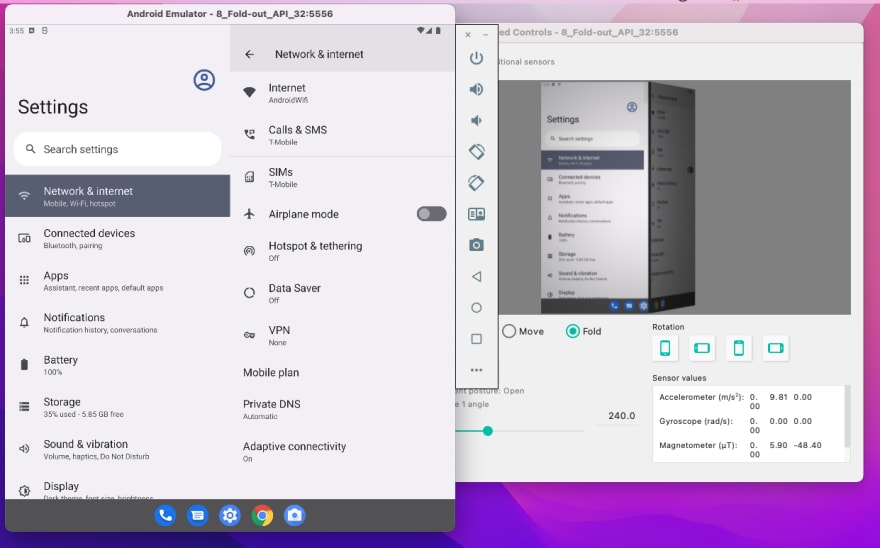 When you open settings, they present themselves using a two column layout. I think this looks very nice. A similar approach has been advocated for tablets, however the distribution of master and detail used to be 33:66 instead of 50:50, which certainly is not good for foldables, as they will likely split the screen into two equally big parts. This will usually be true for two-screen-devices, too. Using the Jetpack WindowManager library, apps can easily detect screen sizes and the location of the hinge, and configure the layout to work smoothly. To learn more, please look at my posts Folding composables, Revisiting Jetpack WindowManager and Hacking the hinge.

Have you noticed the app icon bar (task bar) at the bottom of the screen? By dragging an app icon to the left or right side of screen, you can show the corresponding app there. 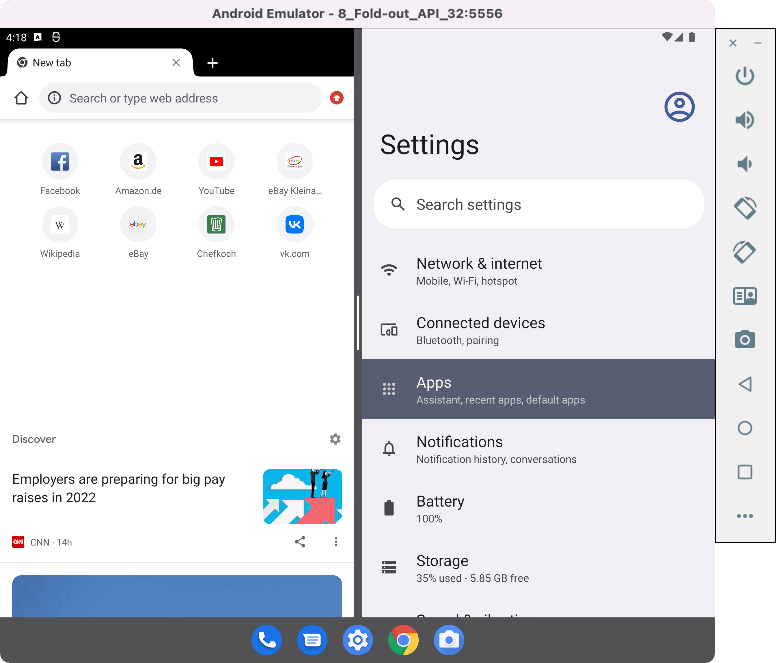 Certainly, split screen mode is nothing new, it debuted on Android 7.0. But the way it is activated certainly gets much simpler. I only wish I could drag any app there, not just the ones pinned to the task bar. One way to do this would be to add an icon which opens the list of all apps, from which I could drag the required one.

To return to the home screen, tap on an empty area of the task bar and move your finger upward fast. a Slower movement opens the recent apps list. 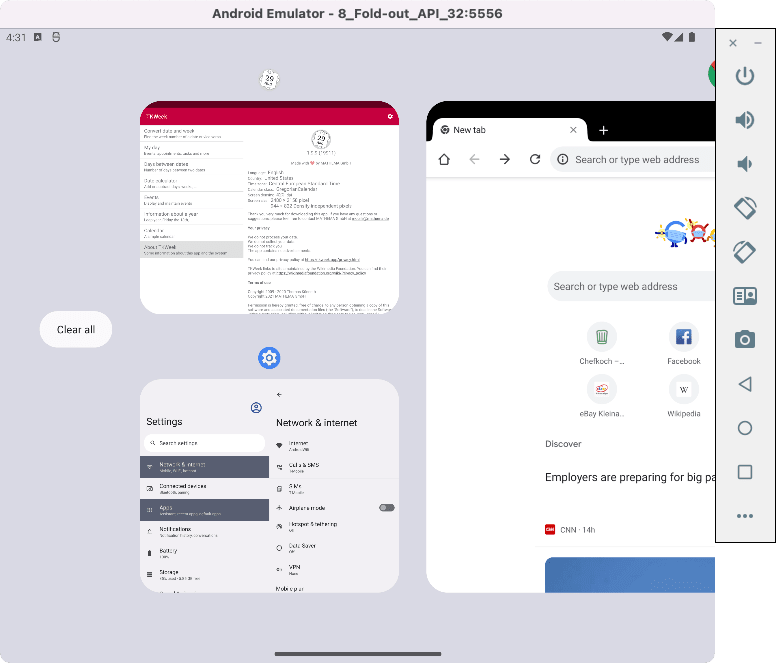 The notification panel will also use two columns: 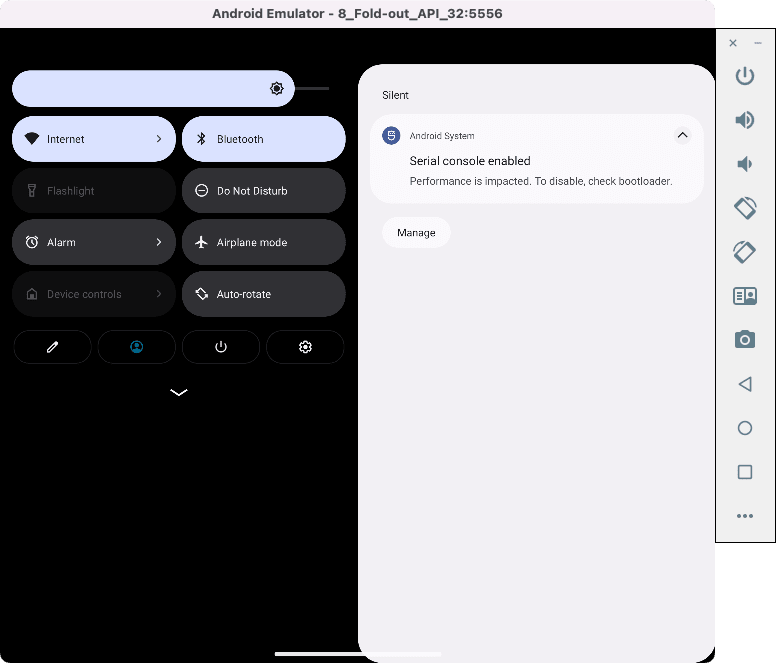 This concludes my brief test drive. What do you think about Android 12L? Please share your thoughts in the comments.