Are you about to start a new job?

If so, by now, I’m sure at least some of that initial excitement of being offered the job has worn off and is starting to be replaced by feelings of nervousness or anxiety.

Even for the most confident of Devs, starting a new job can be hugely nerve-wracking, and that’s completely normal.

Congratulations! You’ve finally secured a new job, and now you want to start off on the right foot, making a positive impression on your new boss and colleagues.

Well, we all make mistakes in our careers, no matter what profile we are working on:

But be careful, you could find yourself unknowingly making the kind of mistakes.

Many companies require new employees to go through an orientation or training process before starting a new position.

While it may be tempting to skip these sessions or treat them lightly, "Don’t do it."

Even if your training managers won’t be your direct supervisors, they are watching you.

Avoid any behavior that could prompt a training manager to report your behavior back to your boss and team members.

In fact, this is your chance to learn more from others.

You were hired for the job because the employer believes you to be intelligent enough to do it.

But that doesn't mean your colleagues want to hear a smug “I know” or an eye-rolling, “I know” while they're trying to offer helpful advice.

3- Being rude with technology.

Yes, it’s true that everyone relies too much on their smartphone and spends too much time on Twitter at work.

But in the first months of your job, try not to send one text during your work hours or even think of checking Facebook/Twitter.

It’s a double standard to be sure, but you'll be judged much more harshly in the beginning for such behavior.

Explain to F&F that you'll be offline except during breaks so you'll be less tempted to stray into behavior that will cause others to see you as immature and lazy.

There are certain processes, tools, that make up the standard operating procedures of a company.

You may have been introduced to these through an orientation.

“If not, don’t get frustrated.

Instead, take initiative & learn basics on your own.”

Of course, you want to make a good impression as soon as you arrive at a new job, & show your new employer they made the right choice in hiring you.

However, suggesting strategies during your first few weeks, May not be the best way to show.

In a new job, there will always be a learning curve, and effective supervisors understand that.

Inevitably, you’ll be asked to do something or expected to know something that you don’t yet know or know how to do.

Rather than saying you can complete the task on your own, be honest...

“Honesty is a huge differentiator. Simply say ‘I don’t know.

Let me find out and get back to you.’ Then do it.”

7- Not writing things down.

Some people believe they have an uncanny memory for details, and maybe you are one of them.

But if you don't want to drive your colleagues and boss crazy, take the time to write down the directions that you are given.

Don't be a poor listener.

I’m not telling you to go get wasted with your colleagues, but when the invitation is issued to go to happy hour or lunch, don’t turn it down in the early days.

Later you can plead other plans, but in the beginning, you should graciously accept.

One word of caution:

It’s OK to share a bit of your personal life during such situations, but try to spend more time asking questions and listening rather than sharing too much information about your personal situation that could become fodder for office gossips.

9- Talking too much about past successes.

It's important to establish yourself as a talented individual, but you have to walk a fine line at the start.

Too much gabbing about how you interned at Microsoft or build side hustle when you were 18 are wonderful accomplishments,

but can come off as bragging when others don’t know you well.

Only use examples of how you accomplished a task if it directly applies to a situation, and save your stories about meeting Bill gates on the elevator until you’ve established a more solid rapport with others.

10- Take Care of Yourself

Starting a new job can be mentally and physically taxing.

However, you don’t want to burn yourself out in your early days.

Be sure to take care of your health and spend some time doing activities that invigorate you.

While you may feel like you have to dedicate every waking hour to this new position, doing so can quickly degrade your health and have a negative impact on your performance.

Strive to maintain a healthy work-life balance right out of the gate.

What I do generally in start:

Tip of the day when you start a new Job:

"It can be a great idea to casually ask colleagues if they have any advice for getting up to speed, or what they wish they knew when they were starting out."

I have recently written a book for developer growth & shared my 11+ years of experience. 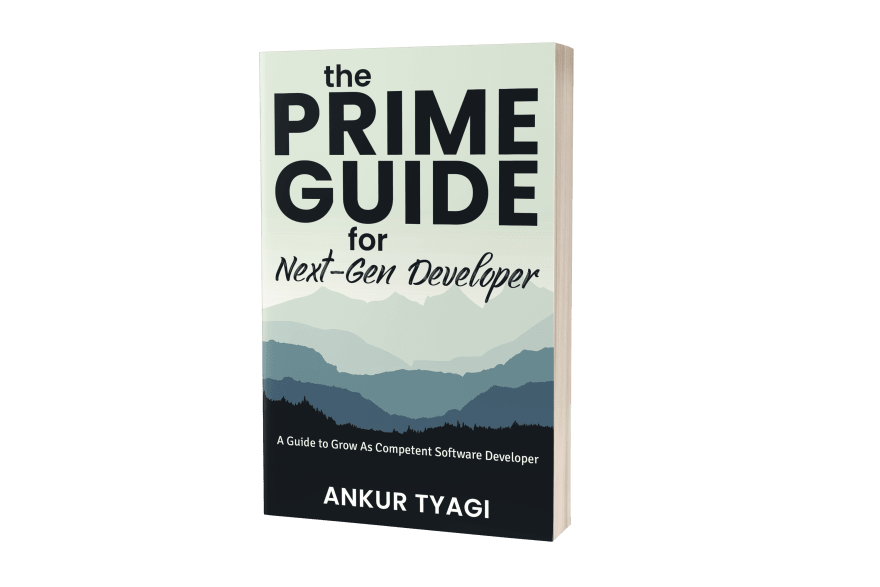 If you would like to discuss about your career growth issues in detail with me 1-1, you can hire me on HireTheAuthor.

You can buy me a beer if you feel generous. Happy coding!!!

BUY Me a Beer.

Ankur Tyagi
Semi Expert Developer, Mentor, Writer, Speaker, DevRel. I help you to advance your career by sharing my career stories. The Prime Guide → http://gum.co/nextgendev
3 Technologies That Guarantee Exactly Once Delivery
#webdev #javascript #programming #database
How I Made $30,000 From Writing in 1 Year
#webdev #career #writing #beginners
Why You Should Learn ReactJS
#javascript #webdev #react #programming

Once suspended, tyaga001 will not be able to comment or publish posts until their suspension is removed.

Once unsuspended, tyaga001 will be able to comment and publish posts again.

Once unpublished, all posts by tyaga001 will become hidden and only accessible to themselves.

If tyaga001 is not suspended, they can still re-publish their posts from their dashboard.

Once unpublished, this post will become invisible to the public and only accessible to Ankur Tyagi.

Thanks for keeping DEV Community 👩‍💻👨‍💻 safe. Here is what you can do to flag tyaga001:

Unflagging tyaga001 will restore default visibility to their posts.