Ever had an NPM package that never get's updated even though you make changes from time to time. I do! which I talked about in a previous post: cross-platform-react-native-scroll-picker-component. It's time to make my life just slightly easier and automate the publish step with Github Actions.

Since the release of GitHub Actions everyone I know have been raving about them, so In an attempt to learn a little bit, and solve a problem I have, I thought I could try it out :)

It's important to know what you want to do, before starting configuring (or.. doing anything, really!). For me it's going to be something quite simple, but very useful.

This is my starting point and what I want to achieve:

To do this manually we need to login in and publish/re-publish through the NPM CLI, something like this:

I know, I know, it's not a massive amount of work to do those two steps each time I want to push out an update to the package, but we are learning something here.

Prior to GitHub Actions in order to automate this task, I would have needed to involve a third party CI/CD solution, and on top, it's free.

So let's get started with the config.

Preparing our repo to use GitHub Actions

The execution chains or jobs which we want to run inside of our GitHub Actions are called workflows.

When all is done you'll have a a root/.github/workflows folder.

Like most CI/CD solutions GitHub Actions workflows are configured using a .yml file, and we need to put that that file into the workflow folder we created above. I named my yml-file npm-publish.yml and here's a badly made folder-tree to make it more clear.

So inside of our npm-publish.yml we are good to go configuring our workflow. I'll post the finished thing first and then I'll go through it step by step what it does.

Let's break it down

Giving the workflow a name, at the very top we give the encompassing workflow a name that makes sense to us, you are free to name it anything you'd like :)

The on-keyword tells GitHub when the workflow is going to run, in this case I specify that I want it to run when there is a new release, and more specifically I want it when the release type is published. This is important and required because releases could also be updated or deleted. This makes sure that we run on release publish only.

The jobs keyword tells our CI the different steps we want to execute.

In this case I want to build the project, on the latest version of Ubuntu, so that is specified as ubuntu-latest.

Further we need to define the steps within our job:

Inside of our job we are now defining the steps, We already defined the operating system of our virtual machine / box, so we are at the same stage as when we run the project locally on our computer.

Well, in plain English, what do we do locally when we run a project like this?

Normally it would look something like this in our terminal:

3. do the publishing steps

Locally we already have our development environment setup, we already have node, yarn, etc. But because we are essentially creating a new computer on Githubs servers running Ubuntu we need to be more specific, and that's what we are doing in the configuration file:

2. Install node on a known working version, Specify what package registry we want to use.

5. Further since there is no human sitting and looking at the script to authenticate us by passing in username and password, we need to pass a pre-authenticated token to our node environment

And that's our new Github Action workflow configuration all done 🎉

Hold on! you might say, what about that NPM Auth token thingy?

Let's get that configured next.

As I described earlier we need a pre-authenticated token to pass into our node environment. This is the way we authenticate towards NPM, and it's not very complicated to setup.

Never put your token into the configuration file, it should be kept private 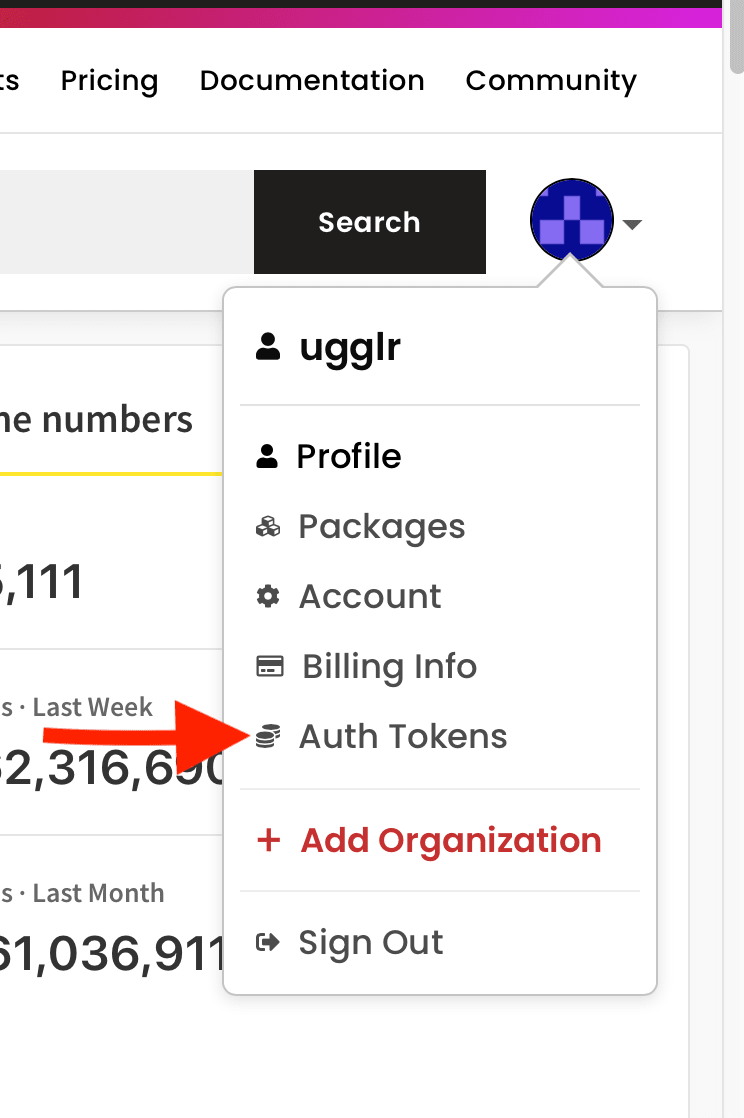 Inside the Auth Token page you'll want to create a new Token. 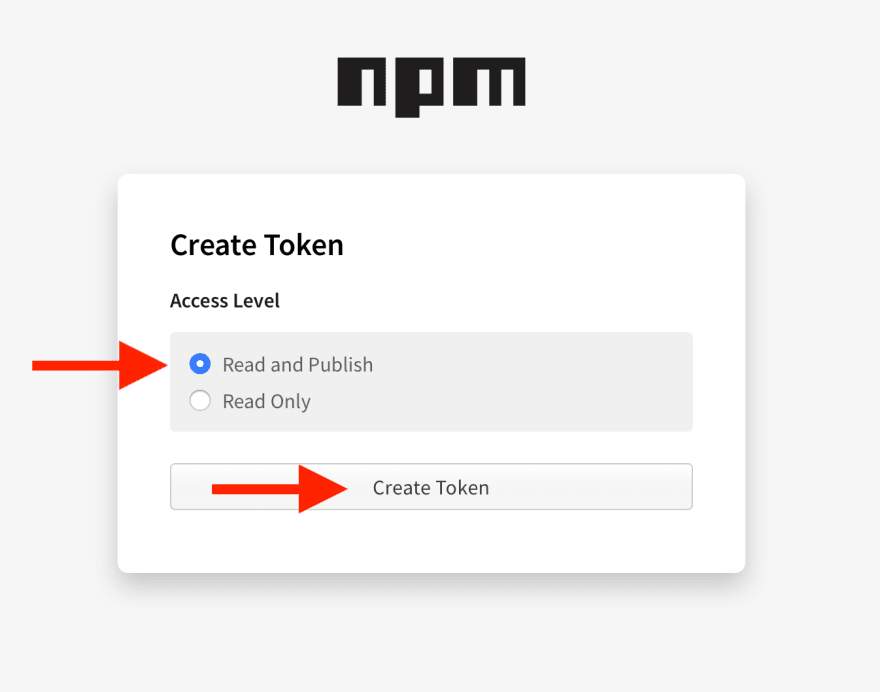 After the token has been created copy it, and make sure you can keep it with you for a little while until we add it into our repository secrets.

Adding NPM token to our repository

Head over to your GitHub repository where your package exists and go to the settings page.

Inside of settings head on over to the secrets sub-page. 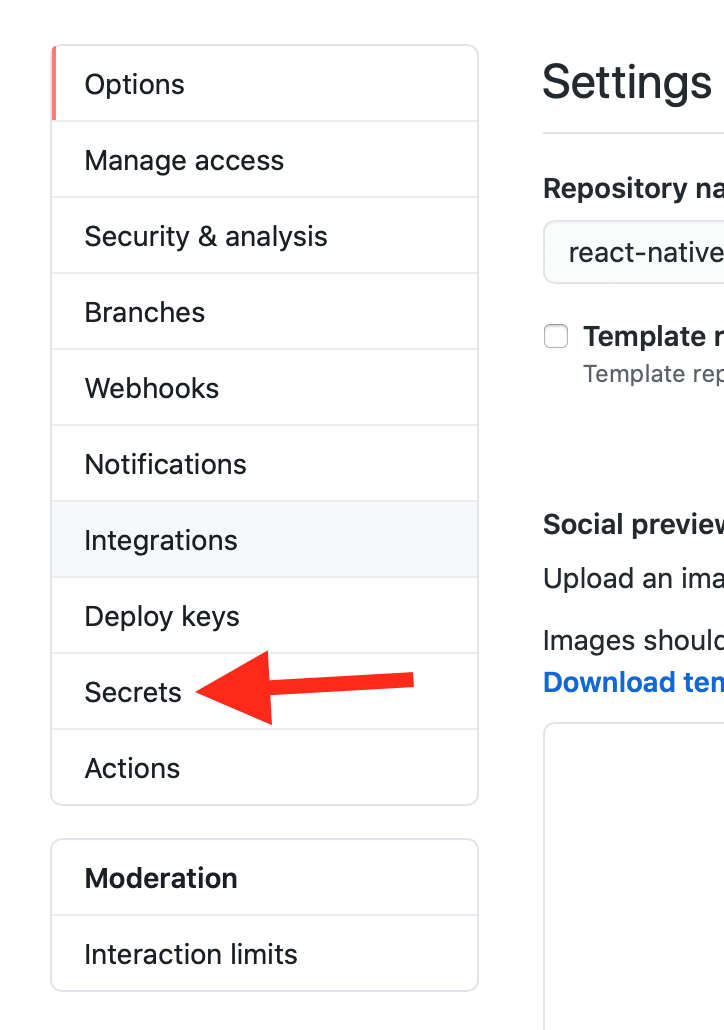 And in here you'll want to match the name of the token with what we wrote in our action configuration file. 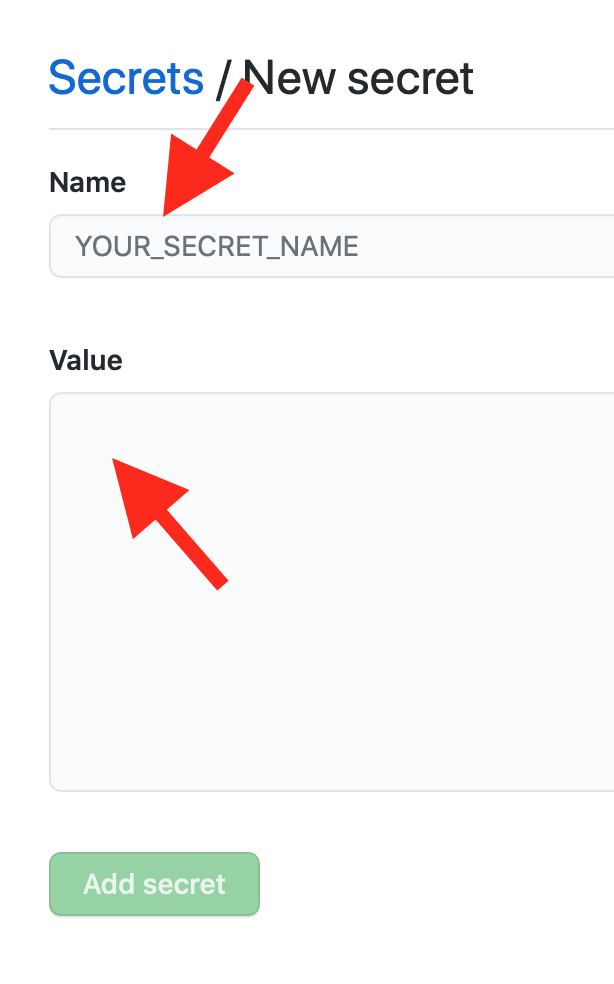 In our case we named our secret variable reference NPM_AUTH_TOKEN and then you'll want to paste the token you got from NPM in the value field.

When everything is well and done we will have it added.

That's all we need for configuration, commit it, merge into master and let's try it out to see if it works.

So, to test our newly created workflow we need to make a new release (published), since that what we configured it to trigger on.

It does not really matter what you tag you choose for the release, but make sure the that the pre-release checkbox is not checked. And you bumped the version in package.json, NPM requires us to update the version when we publish changes.

When the release is done let's head on over to our repository's action tab and see if we have something running!

there we go, microphone drop.

If you like to visit the repo I've been working in it's available right here:

The package is available through NPM:

And the creation of that package was part of a previous post right here:

Blue/Green Deployments in Amazon Aurora and Amazon RDS. How it Looks?

Once suspended, ugglr will not be able to comment or publish posts until their suspension is removed.

Once unsuspended, ugglr will be able to comment and publish posts again.

Once unpublished, all posts by ugglr will become hidden and only accessible to themselves.

If ugglr is not suspended, they can still re-publish their posts from their dashboard.

Once unpublished, this post will become invisible to the public and only accessible to Carl-W.

Thanks for keeping DEV Community 👩‍💻👨‍💻 safe. Here is what you can do to flag ugglr:

Unflagging ugglr will restore default visibility to their posts.