👋 Hi there and welcome to my 5th post on dev.to about Ruby On Rails learning. People started to ask me what were my motivations for writing articles (instead of doing 100% coding!). It's simple: I write the articles I wish I had found online. Everytime I spend one afternoon digging a particular subject, assembling various documentation and articles then I feel like I need to write it down. Both for me and for other people interested in the subject.

As a developer learning a new platform but already knowing how to program, the area where I spend the most of my time is: decision making. When you have potentially three ways to do one thing then you have to decide which way to take.

While this article is linked to Ruby On Rails, the challenge and solutions as for storing configuration is the same in all other platforms so you should keep on reading even if not using Rails.

As always, if you want to discuss and update this article with your experience and point of view, just add a comment and I'll be happy to reply.

Custom configuration: an example use case

Today we'll talk about environment variables, config files & credentials. People (including me!) frequently wonder: "I have this configuration need, where do I store it?". Especially in Ruby On Rails where you are offered multiple ways to store configuration information.

Let's say you have three values you want to store and access in your Rails application:

First, let's revisit the often overlooked advice: "Use environment variables for everything".

Problems with "environment variables for everything"

As with every best practices, we should be careful about this one. It comes from the 12factor apps recommendations. When programming in Node.js I used to store everything in a .env file and environment variables in production. This usually looks like:

And the mighty parsing side (Node.js code example):

Now when deploying, you have to decide if you should push this file to server or maybe configure your hosting provider to provide those environment variables to your production application (more decision making!). Which means deduplicating some of those variables again.

Here are the the issues of using only .env files for configuration needs:

Here's a good writeup on some of those issues in more details: gist https://gist.github.com/telent/9742059.

So, what should we use instead of environment variables? 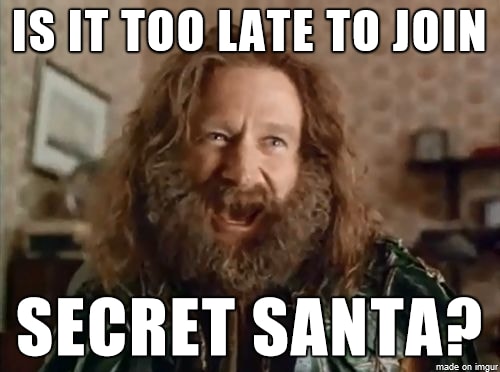 The official documentation on Rails credentials, once you manage to find it, is well written but lacking some details. Here's the tl;dr; for you:

Going back to our example, we would use Rails credentials to store the Slack application client secret this way:

You'll notice the previous command takes some time to open your editor, because it first decrypts the file

Save and then in your own code, you can use this via Rails.application.credentials.slack[:client_secret].

That's a question I asked myself too. The difference is that if an attacker manages to access your environment variables, for example because it leaked on your logging service that got compromised, they would still have to access your hosting server and its filesystem to be able to use that key and read the secrets. Just like you can lose the key of your house, it doesn't mean people will be able to break into your house, because they don't know where you live.

You could decide to store everything in Rails credentials because it's tempting to put everything in a single place, like with environment variables. But I like to be able to tell, from the code, what's public and what's private so I don't make mistakes later on. Plus for many configuration needs, it's great to be able to easily open a file and edit its content from my editor, without having to use rails credentials:edit every time I have the need.

I like to keep config/environments/*.rb files for actual Rails configuration and use other files to create application configuration. This is actually what the Rails guides suggest in the Custom Configuration section.

So in our case this means that we would use (2.) a custom YAML configuration file to store our ok-to-be-public Slack configuration.

Note that you have to define the various environments in the file otherwise it won't work. Here they just inherit from the default configuration, this is using YAML anchors just like the regular Rails configuration files.

Then load this file:

That's it! Now you can access your Slack configuration at any moment this way: Rails.configuration.slack[:sign_in_scopes].

One might think that this is not so great to have to use either Rails.configuration.slack[:sign_in_scopes] or Rails.application.credentials.slack[:client_secret]. But again, I enjoy being able to tell what's a private credential from what's just regular configuration: your call!

We've seen how to store sensitive credentials and regular configuration with Rails. What are environment variables good for then? Again good question, nowadays I use them for either

In general, anything truly dynamic and non sensitive could be stored in environment variables.

🙏 Thank you for reading.

Any advice as for secret and configuration handling in Rails? Add your point of view or thank you note in the comments.

How to install latest version of Zammad on Ubuntu 22.04?