So far we have covered a lot of tmux commands and how they map to keybindings but these same commands can be executed at the command line.

From the command line

Let's make a popup that displays our git status for 5s or until we close it manually. We can run the following command at the command line, in a split.

From the tmux command line

🗒️ note that the tmux command is called by default when inside of tmux.

Make it a keybinding

Finally we can make it a keybinding by adding a bind command ahead of our tmux command, then we can execute this in the tmux command line or add it to our
~/.tmux.conf. 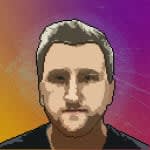 Also check out this long form post for more about how I use tmux.