This is a series now:
this is the next post

As a quick backstory

As a quick backstory, I've been touch-typing on a regular keyboard for about 7 years now (since 13), and managed to reach what most people find to be really fast speeds (120wpm). I enjoy the notion of typing on a keyboard. Typing fast and hitting keys accurately. I find it to be extremely satisfying.

I never had a problem with QWERTY and the row-staggered (regular) keyboard layout. I had RSI once, on my left hand. That was because I was reaching for Ctrl button a lot, and that required bending my left hand backwards. Remapping Caps Lock to Ctrl fixed the issue permanently, and I never experienced any finger fatigue/RSI ever since.

Now with this new keyboard, certain bigrams are harder to type: NU, EC, SW and others would have to be typed with one finger and there is no stagger that would allow you to use a different finger. I am concerned with speed to a significant extent, and typing faster on this than on row stagger while using qwerty is basically impossible.

That is all to say that this project is purely intrinsically motivated and more so as an experiment in search of something better, rather than something done out of ergonomic necessity, like a good amount of people who do
this stuff do.

After some developers in the mechanical keyboards community spent their time to try to convince me to assemble a split keyboard, I have decided to go all the way and assemble a split, column-staggered keyboard for myself. The keyboard I decided to go with is Lily58 Pro, because it still has the number row, has four thumb keys and supports a rotary encoder. 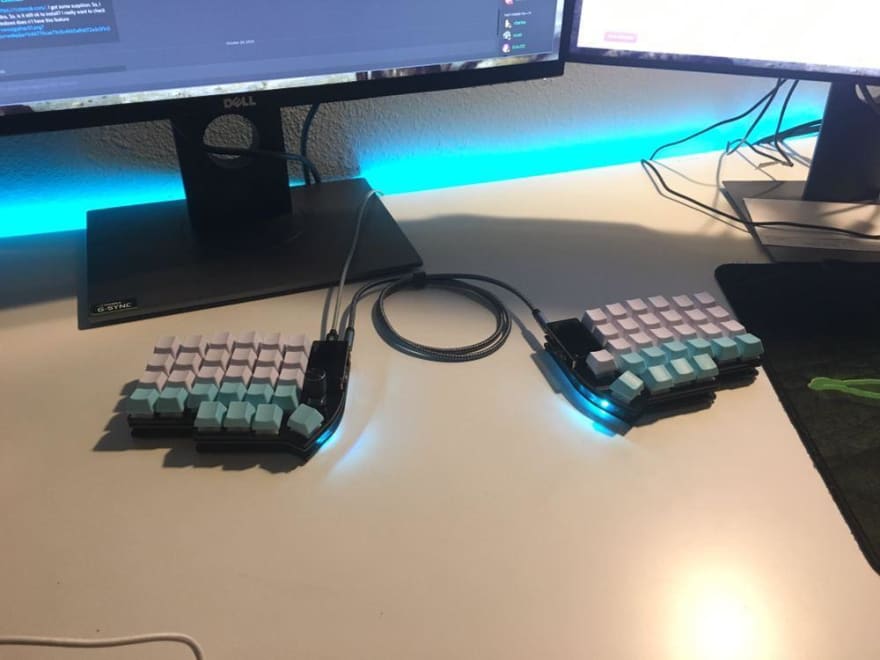 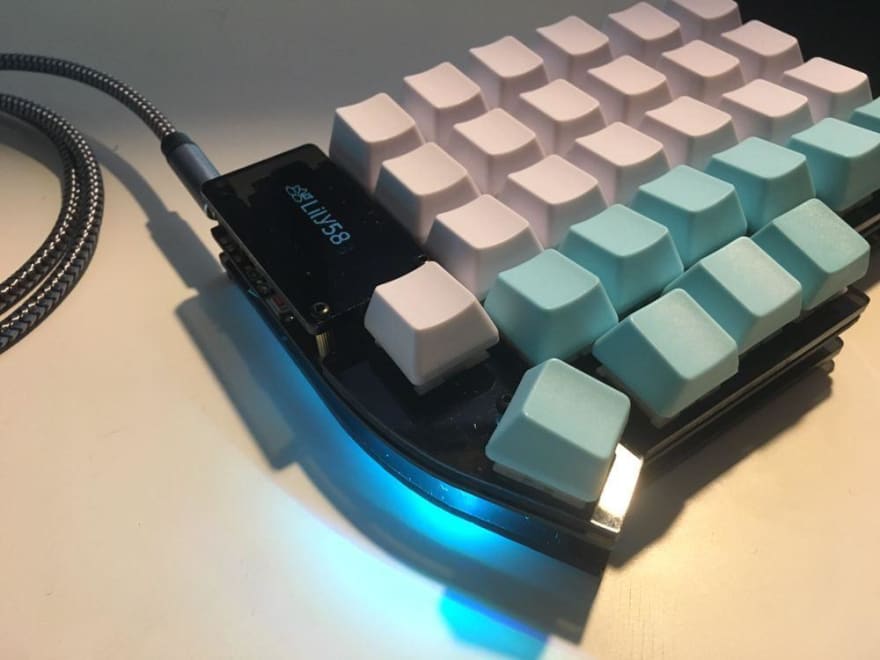 Yes indeed I have quite a bit of concerns, about whether switching to this will indefinitely hurt my productivity.

Getting unused from qwerty

That's one of the things that, in my opinion, can be avoided. First of all, because I am learning Colemak exclusively on my Lily58, my performance on the row stagger keyboard didn't suffer a single bit, although it's only been 5 days of training, so it might change later. Also I am still actively training my QWERTY speed on my regular keyboard, for this specific reason.

Now this is my actual concern. I am a huge proponent of Vim. I will not give it up at any price. If after 5 months of using this layout my Vim performance is going to be slow and miserable, I will have to abandon this layout and go back to my normal qwerty layout. That being said, I will still keep using the ortholinear keyboard.

I will keep you posted

I am quite excited to log this process from my baby steps to 130 wpm on this layout, so you can follow me if you want.

This article was typed entirely on the Colemak layout on the Lily58 keyboard :)

When Will I Become A Developer!!

How To Create a Writing Portfolio That Will Guarantee You Work

Creating A Writing Backup: A Simple Step-by-Step Guide For Beginners

Daniel Mayovsky
A dude. I like Mithril.js and Vue.js a lot.
Split keyboard is awesome!
#keyboard #ergonomics #colemak #qwerty

Once suspended, weirdmayo will not be able to comment or publish posts until their suspension is removed.

Once unsuspended, weirdmayo will be able to comment and publish posts again.

Once unpublished, all posts by weirdmayo will become hidden and only accessible to themselves.

If weirdmayo is not suspended, they can still re-publish their posts from their dashboard.

Once unpublished, this post will become invisible to the public and only accessible to Daniel Mayovsky.

Thanks for keeping DEV Community 👩‍💻👨‍💻 safe. Here is what you can do to flag weirdmayo:

Unflagging weirdmayo will restore default visibility to their posts.