This article is a list of 8 building games for software developers that I've come to love. If you're looking for excellent games that you can dig your teeth in for many hours, this is the list for you.

RimWorld is a construction and colony management game officially released in 2018. The game brands itself as a story generator, something that will ring a bell for anyone who has ever played Dwarf Fortress. You start with three colonists who land on a new planet. Your goal is to build a thriving colony and, ultimately, fly off the planet. RimWorld is a challenging game and it will probably take many colonies before you build one that's wealthy and powerful enough to fly your colonists off. 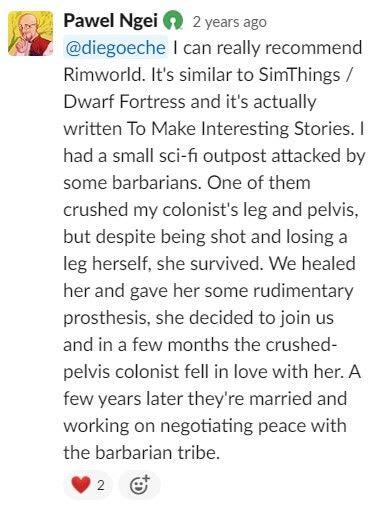 Disaster can come in many forms in RimWorld. Sometimes it's a freak thunderstorm that lights your wooden base on fire. Sometimes it's a scuffle between your colonists. Sometimes it's an invasion of angry monkeys. You won't guess it strange enough or it will happen. This unpredictability is what makes RimWorld so addictive. The graphics might not look like much, but play this game for a few hours and you'll be hooked.

Subnautica is a resource-gathering survival game that was officially released in 2018. You're the sole survivor of a terrible space crash and need to survive on a remote ocean planet. The game is part exploring, part running away from terribly scary sea monsters, and part building a base to build new gear.

Anyone who has ever played Subnautica will tell you that it can be a terrifying game at times. There's something deeply scary about exploring the depths of an ocean and hearing the sounds of giant monsters swimming nearby. It makes for a tense experience that not many games rival.

Don't Starve is a survival game released in 2013. The game drops you in a world with very little instructions and encourages you to build a base and stay alive and sane. This is harder than it seems. Don't Starve is a difficult game and you'll die many times because you've wandered too far from your base and you've run out of light sources to keep you from going crazy. 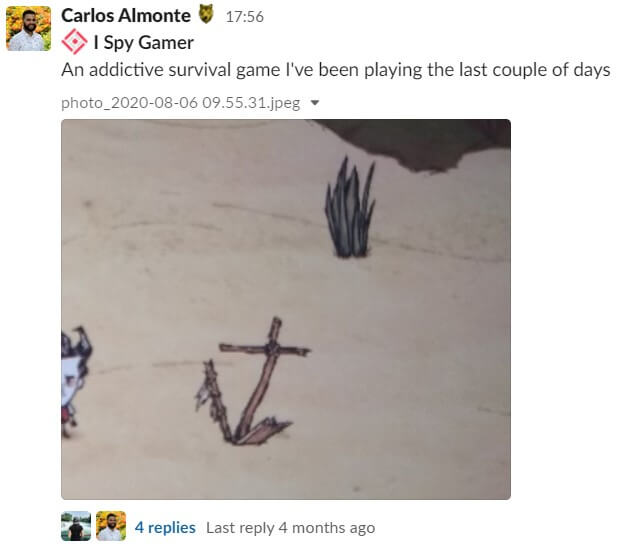 Because of its distinct art style and great music, Don't Starve has a low-key horror atmosphere, as if something is always just around the corner. Turns out it often is. There are many dangers in Don't Starve and you'll often die thinking “What in the world was that?!”

Some wouldn't classify this as a building game, but Crusader Kings III is all about building a dynasty that will survive and thrive for hundreds of years. Just like its predecessors, CK3 is a game of epic proportions. Thankfully, this installment in the series is a little more forgiving to newcomers. Its UI is improved significantly and there's a good tutorial that helps you get started. 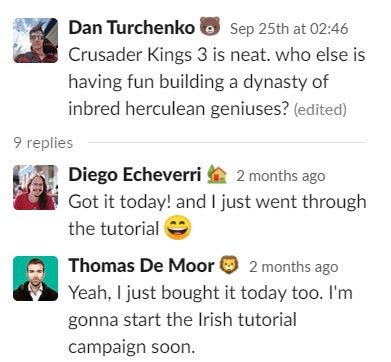 Unlike the Civilization games, CK3 isn't so much about war and conquest as much as it is about people. Stories emerge naturally from the interactions between the thousands of characters in the game, particularly between the people from your dynasty and the dynasties you've married into.

Factorio is a construction game where you try to build the biggest and most efficient factory you can. It might sound boring, but it's incredibly addictive. You need to extract coal, wood, copper, stone, and other resources out of the ground and use them to fuel your ever-expanding factory empire. 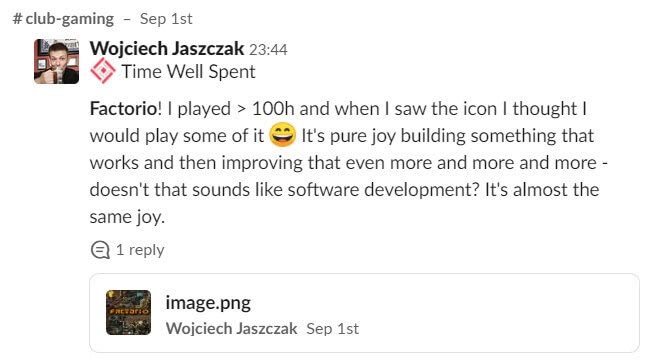 Bugs will assault your factory from time to time, but they're mostly an afterthought. The real challenge is building a beautiful base that runs smoothly, never runs out of resources, and produces as much "stuff" as possible. It's a never-ending, challenging task perfect for software developers and engineers.

Terraria is a sandbox game initially released in 2011. It's a great example of a game that has only become more popular because of the huge (and free) updates to the game. The game is still incredibly popular, particularly after the 2020 Journey's End update that once again massively expanded the game.

There are many aspects to Terraria. It's simultaneously about exploring, fighting, building, crafting, and surviving. You can go crazy building the most beautiful structures or focus on exploring all the different biomes in a world. Every world is procedurally generated and full of unique items and monsters that you can discover alone or with your friends in multiplayer.

Frostpunk is a city-building survival game released in 2018. You start with a few survivors (a recurring theme in these games) on a frozen, hostile planet. You need to keep your people alive amid fluctuating temperatures. This means a lot of wood, coal, steel, and food.

The game has several scenarios that come with their own stories and challenges. The choices you need to make in Frostpunk are hard. If you've run out of coal, will you temporarily force people on 24-hour work shifts, raising the possibility of a destructive riot? Where will you place your medical facility so it doesn't get too cold inside? What will you do with the refugees coming to your city?

No Man's Sky was arguably the biggest disappointment of the 2010s. When it was officially released in 2016, players were dismayed at the difference between what they thought the game would be and what the game actually was. However, since the 2016 launch, the developers have improved the game so much it looks nothing like the 2016 game. 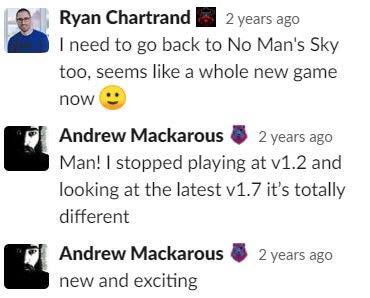 In 2020, No Man's Sky is an exploration survival game that's up there with the best. You can build a base, explore a planet with vehicles, build a space fleet, play multiplayer, play the game in VR, and much more. If you haven't played No Man's Sky and you're wary of the game because of its 2016 launch, don't be. The game has a lot to offer and is better today than it ever was.

This was a list of some of my favorite building games. What are yours?

Slack vs Discord vs Discourse: The best tool for your community