I recently updated my Ubuntu Gnome desktop to look somewhat like MacOs. (or at least what I think looks like MacOS 😄 😄)

The process was quite straightforward, and apart from a couple of minor issues, I feel it is quite good to use.

Also mandatory disclaimer for Linux posts : Yes you can customize anything to look like anything, I chose this way , but you might be able to do it in some different way.

Warnings before the spells (😉)

Even though this looks great, and personally I didn't feel any problems when using it on daily basis, I did encounter some issues :

Other than in I haven't found much issues when using KDE plasma, and in fact, personally, it feels much better than Gnome. Even it feels like it is faster than Gnome for power on to usable desktop. 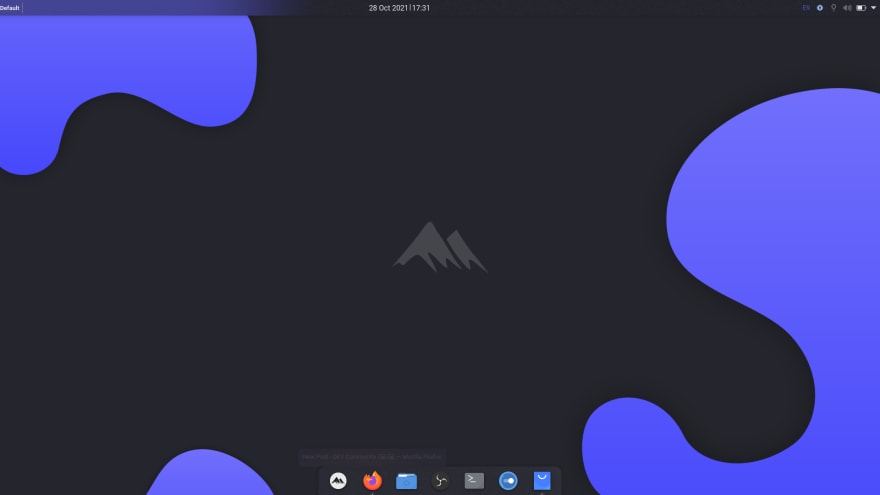 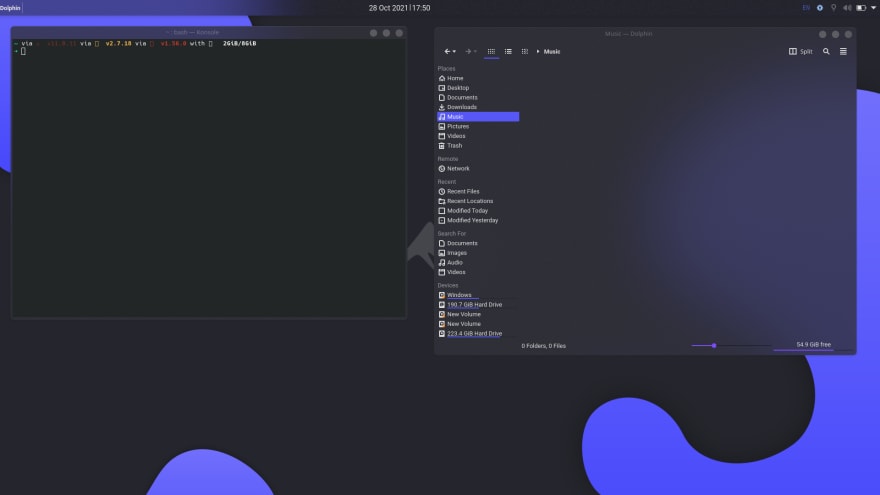 Now to do that first, you need to install KDE Plasma desktop environment. In case you use a distribution which comes with it, like Kubuntu, you can skip this step, otherwise you'll need to install this.

Now there are three packages that you can install, which will install plasma, and the main difference is the rest of the stuff they com with :

I didn't want to install a full-on set up, and even the standard seemed a bit extra to me, so what I chose, was to install kde-plasma-desktop and then install few more packages which I thought were necessary on top of it.

This will display a list of all dependencies of kde-standard, and you can pick-and-choose which of them you want to install on top of kde-plasma-desktop.

You can check what each package is for from the official kde-plasma app website : https://apps.kde.org/

For me, I installed :

The total size of all this, along with kde-plasma-desktop was around 200-ish MB.

You can simply use sudo apt-get install ... for installing all these, or use your distribution specific packge manager.

When installing these, at the time of kde-plasma configuration it will ask you to choose a display manager. For me the choices were gdm3 which is what gnome used, or sddm which kde plasma uses. For plasma to work properly, you need to choose sddm here. I went back to Gnome , still running sddm, and it seemed to work fine, but if needed you can revert back by using

which will give you choice again, where you can choose a different display manager.
For making KDE plasma work best, choose sddm.

After installation, you should restart the system, and at the login screen, there will either be an option to choose your desktop manager, or by default it will boot in kde-plasma. For me it by defualt booted into kde-plasma.

This is step 2. Seriously. The whole reason I decided to change my desktop environment was that I saw this, and it felt really cool.
So follow this to the details (as much as you can) : 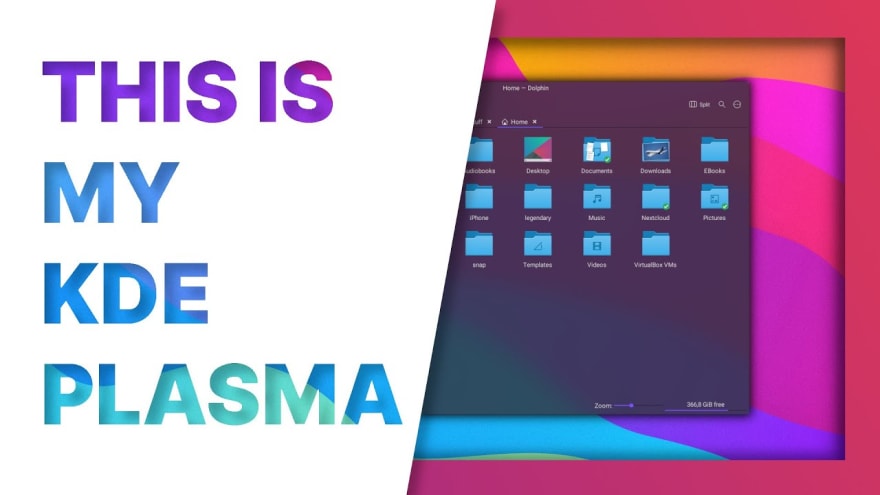 link : https://www.youtube.com/watch?v=A0LiFu1eaMs
Also, in case you don't know this channel, this is a great channel if you're interested in Linux news and related stuff.

The defaults in the above video are pretty good, but I needed to change few things to make it final :

In case you decide to change your desktop as per this, let me know how kde-plasma feels to you in comments. If you already have a setup that looks and feels cool, please post its pictures in the comments too, I would really like to see them :)

Once unpublished, this post will become invisible to the public and only accessible to YJDoc2.

Thanks for keeping DEV Community 👩‍💻👨‍💻 safe. Here is what you can do to flag yjdoc2:

Unflagging yjdoc2 will restore default visibility to their posts.